Taipei, Chinese Taipei, April 20, 2019 – Est Cola stole the limelight in the 2019 Asian Men’s Club Volleyball Championship as the fast-improving Thai side stunned Kazakhstan’s TNC Kazchrome VC with a terrific comeback 3-1 (21-25 25-17 25-18 25-19) win in their last Pool C encounter at the University of Taipei (Tianmu) Gymnasium on Saturday. 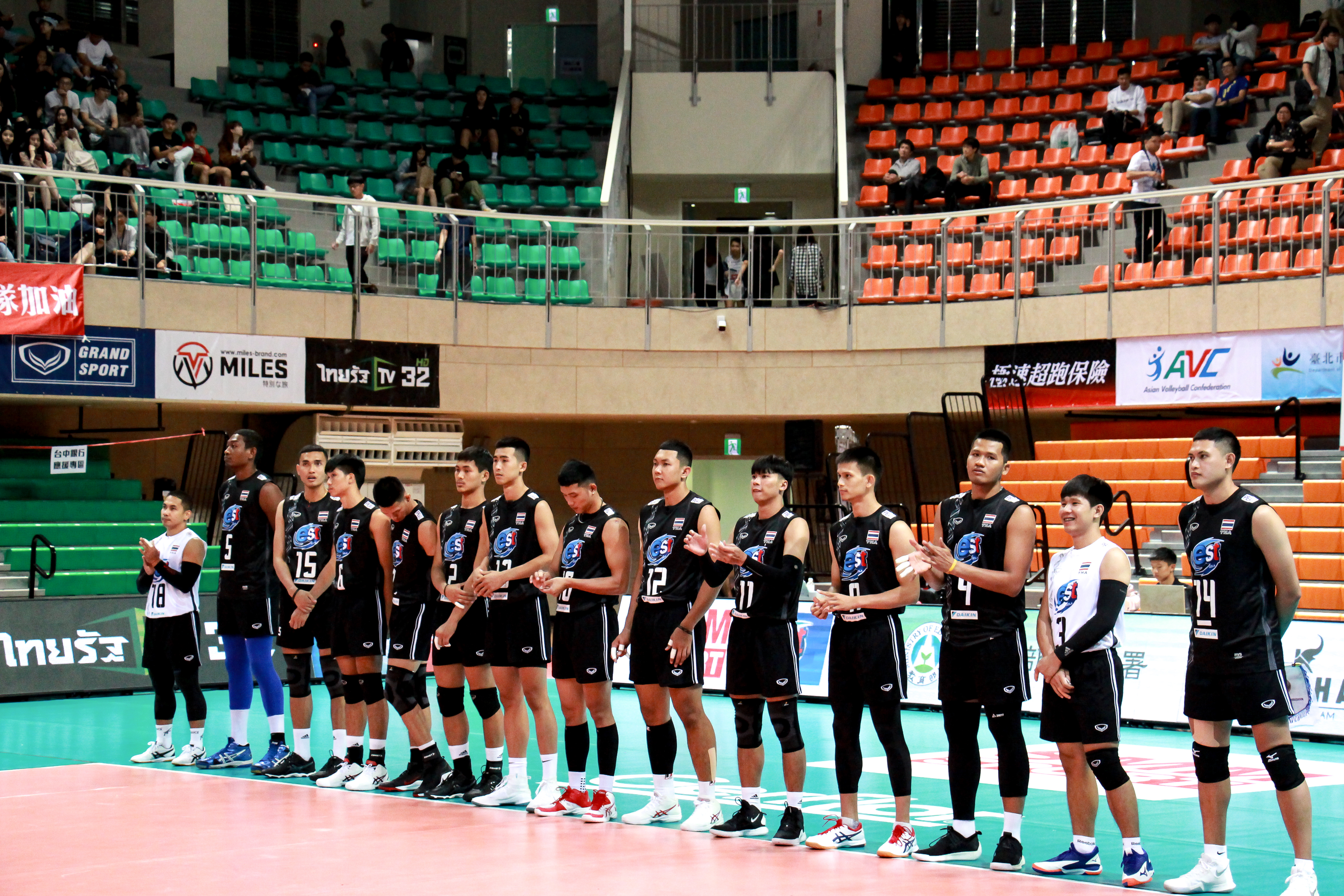 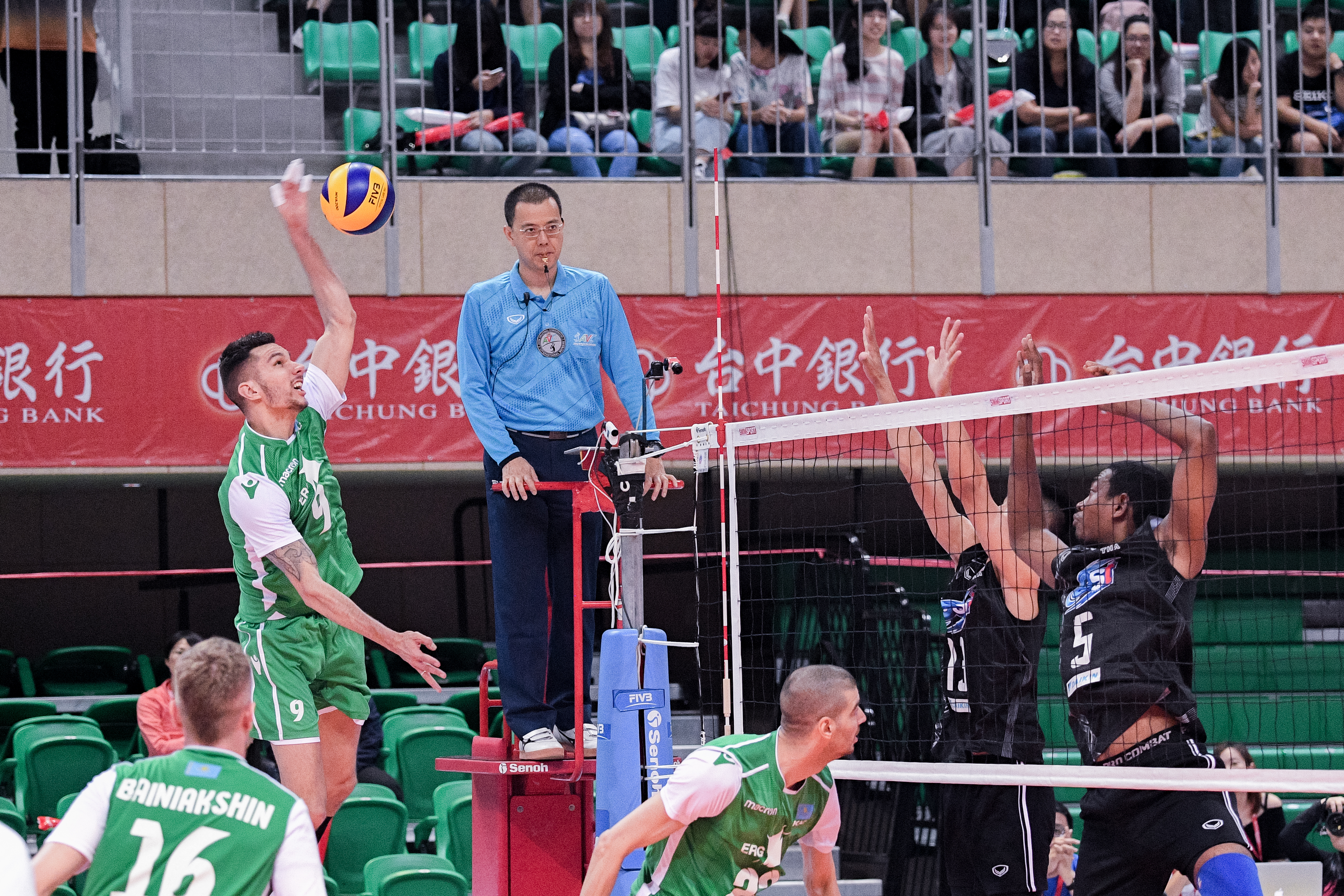 Est Cola, a strong team combined with star spikers from different clubs at the Thailand League, were very determined to go all-out for their first win in this topflight championship. Against TNC Kazchrome VC, whose players competed in the silver-winning Atyrau at the previous edition in Myanmar last year, the Thai side fielded an offensive lineup led by the 202cm-tall Kissada Nilsawai, veteran Kitsada Somkane and young talent Chakkrit Chandahuadong.

Kazchrome got off to a flying start to take an initial 20-16 lead in the opening set, thanks to powerful attacks from Maxim Michshenko and the tall and towering Dmitry Vovnenko, who stands 212cm tall. Est Cola gradually pulled their game together and started to challenge seriously, but their attempts were to no avail. Deadly left-hander Boris Kempa and Michshenko combined well to tear the Thai defence apart with their great attacks for the Kazakh team’s 25-21 win. 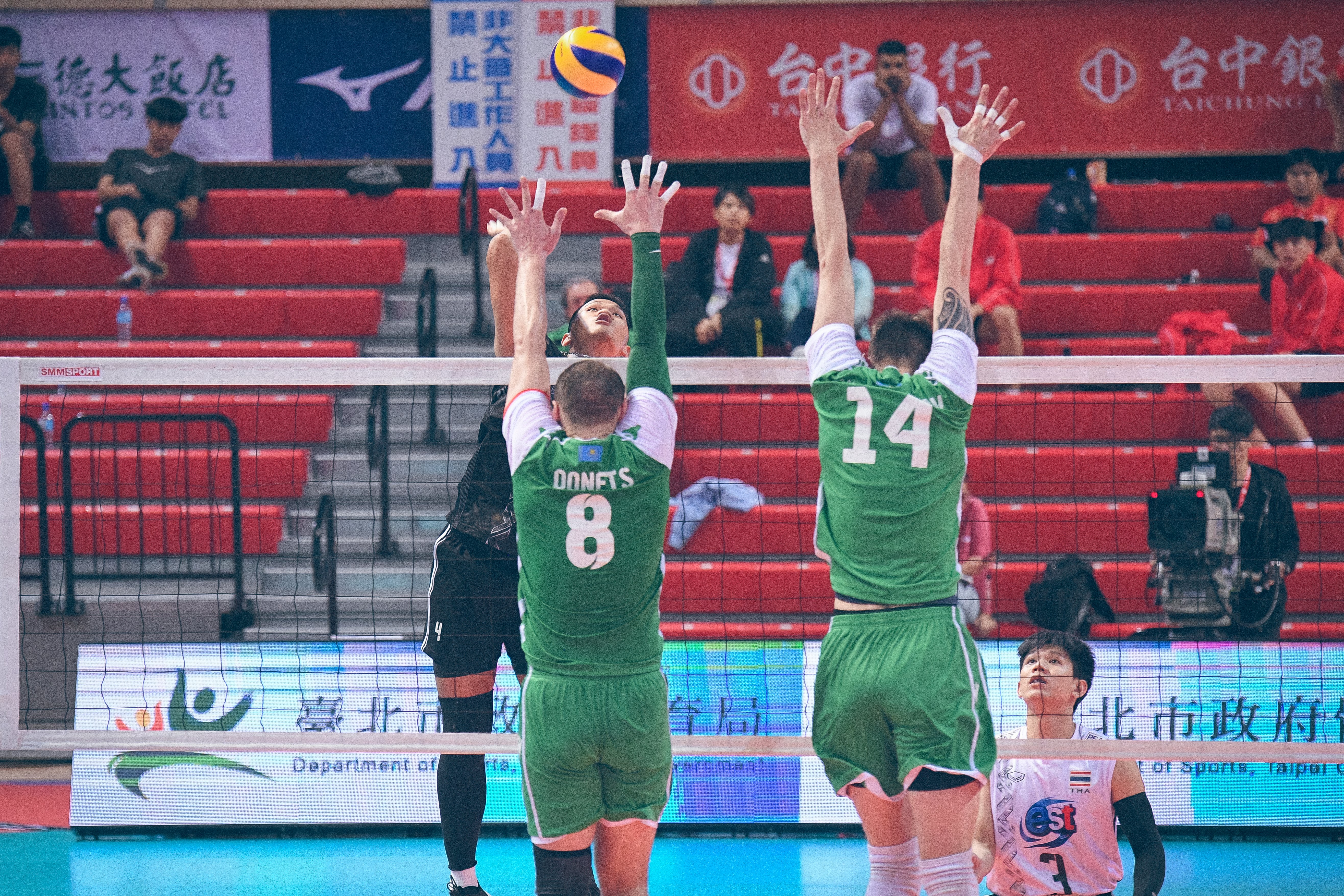 Going down one set, Est Cola successfully turned the table on the Kazakh side. Supported by a large crowd of Chinese Taipei fans at the 5,000-seater venue, the Thai team put on a brilliant display with spirit and amazing form. As the rivals became more prone with unforced mistakes, Est Cola responded well to eventually come through. Jakkraphop and Kitsada fronted the fierce attacks from the Kazakhs and overpowered the tough rivals with their exceptional attacks and scintillating blocks. The Thai team took the second set 25-17. Holding a 1-1 advantage, Est Cola continued their remarkable run in the third set, with monster blocks from Jakkraphop and Kissada Nilsawai and devastating attacks from Jakkraphop and Kitsada. After leading commandingly 15-11, the Thai team never looked back, making short work of the rivals by allowing them only three more points to wrap up the entertaining set 25-18. 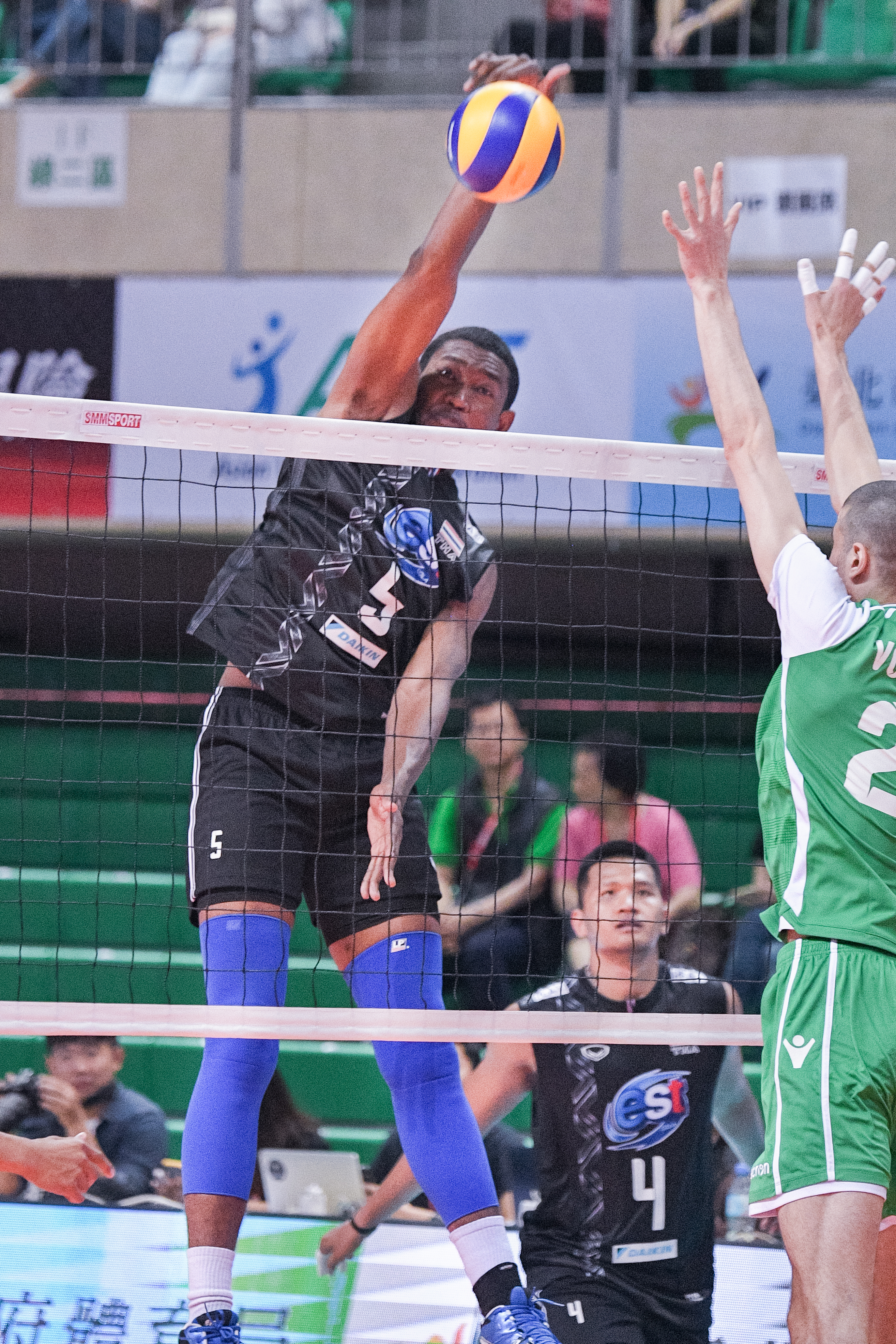 As the Kazakh nerves began to fray as they dropped their rhythm to trail 14-17 in the fourth set, the Thai team’s confidence soared high. Some good shots from Vovnenko and Michshenko gave Kazchrome some faint hope, but the Thais upped their tempo and were soon back in control. A few wonderful blocks from Kitsada and Anuchit Pakdeekaew helped the Thai team stretch the lead to 22-17 and since then Kitsada entertained the crowd with his splendid form, carrying out some great serves and thundering cross-court attacks to help Est Cola win the thrilling set 25-19 and match. 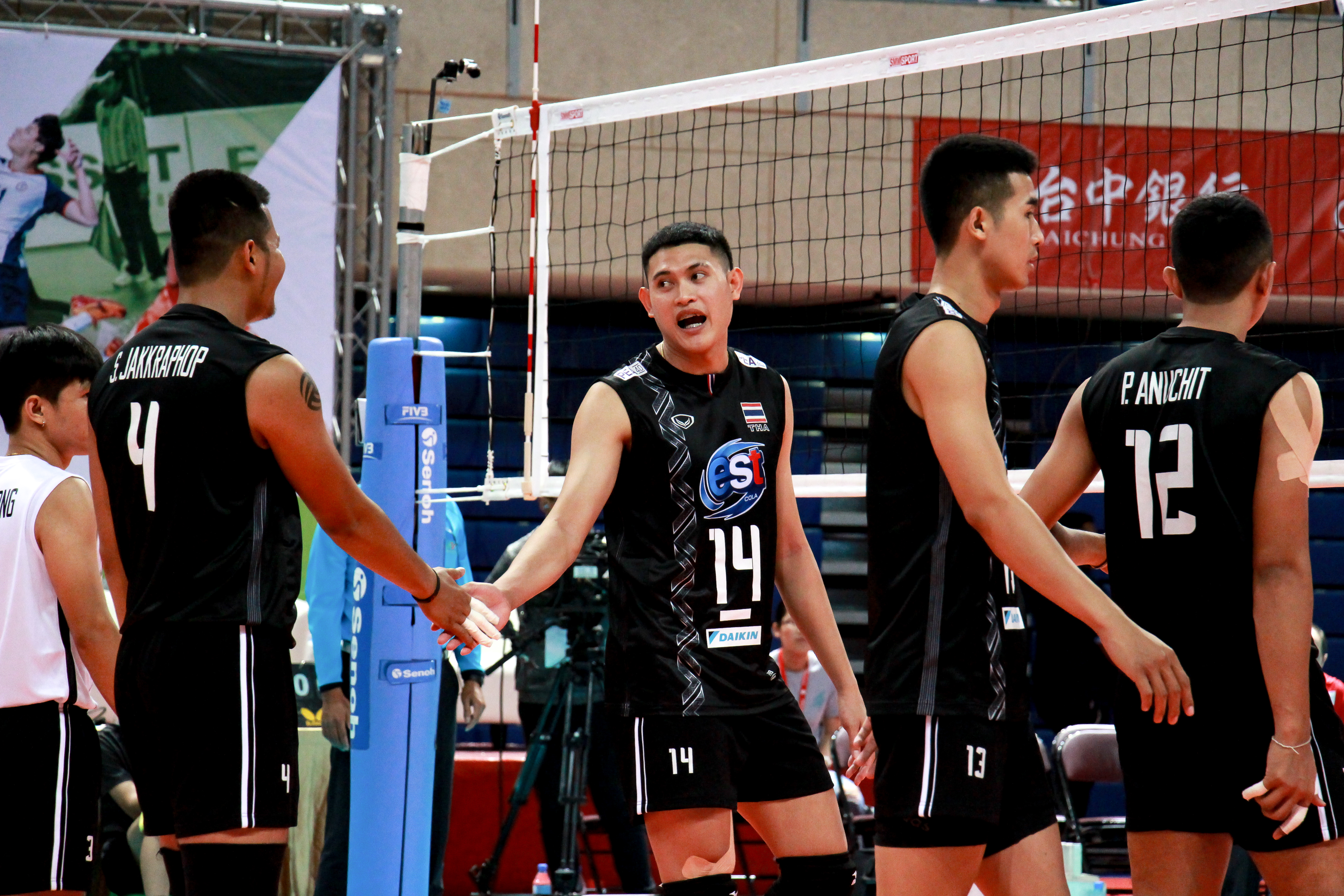 “In this tough match against Kazchrome, everyone in my team helped each other for the win. I think my players did their best in all matches we had competed. After we lost the first set, we scouted the rivals’ tactics and game plan and we found that Boris Kempa did not receive well. I asked my players to serve at him and our intention worked out pretty well,” Est Cola’s head coach Monchai Supajirakul commented after the match.

“We try to do our best in the following matches after this although it’s pity we could not make the cut for the top eight. We have to move forward and build young generation. In the second set, we tried to improve on our weak points, especially erratic powerful jump serves from Mawin Maneewong. He has been advised to make floating serves to avoid any serving mistakes and he followed staff coaches’ suggestion. I’m happy with our first win and we are looking forward to more wins in our remaining matches.”

FAVOURITES ENJOY COMFORTABLE WINS AT CAN THO OPEN 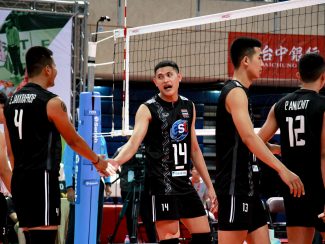 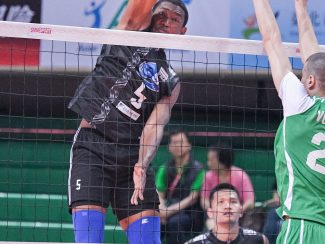 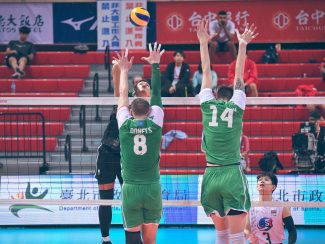 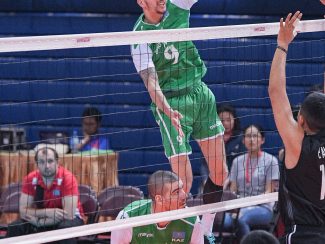 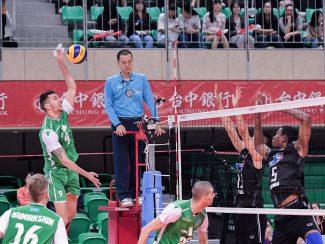 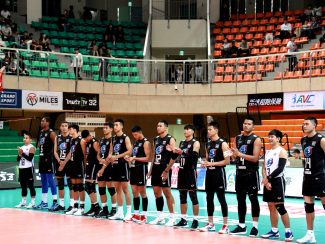 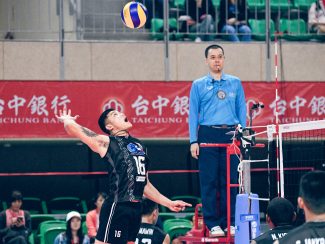