FAVOURITES ENJOY COMFORTABLE WINS AT CAN THO OPEN

Can Tho, Vietnam, April 19, 2019 – Chinese Wang Fan/Xia Xinyi and Japanese Megumi Murakami/Miki Ishii lived up to their fans’ expectations as the top two seeds  got off to winning starts on the opening day of the AVC Women’s Beach Volleyball Tour Vietnam Can Tho Open on Saturday. 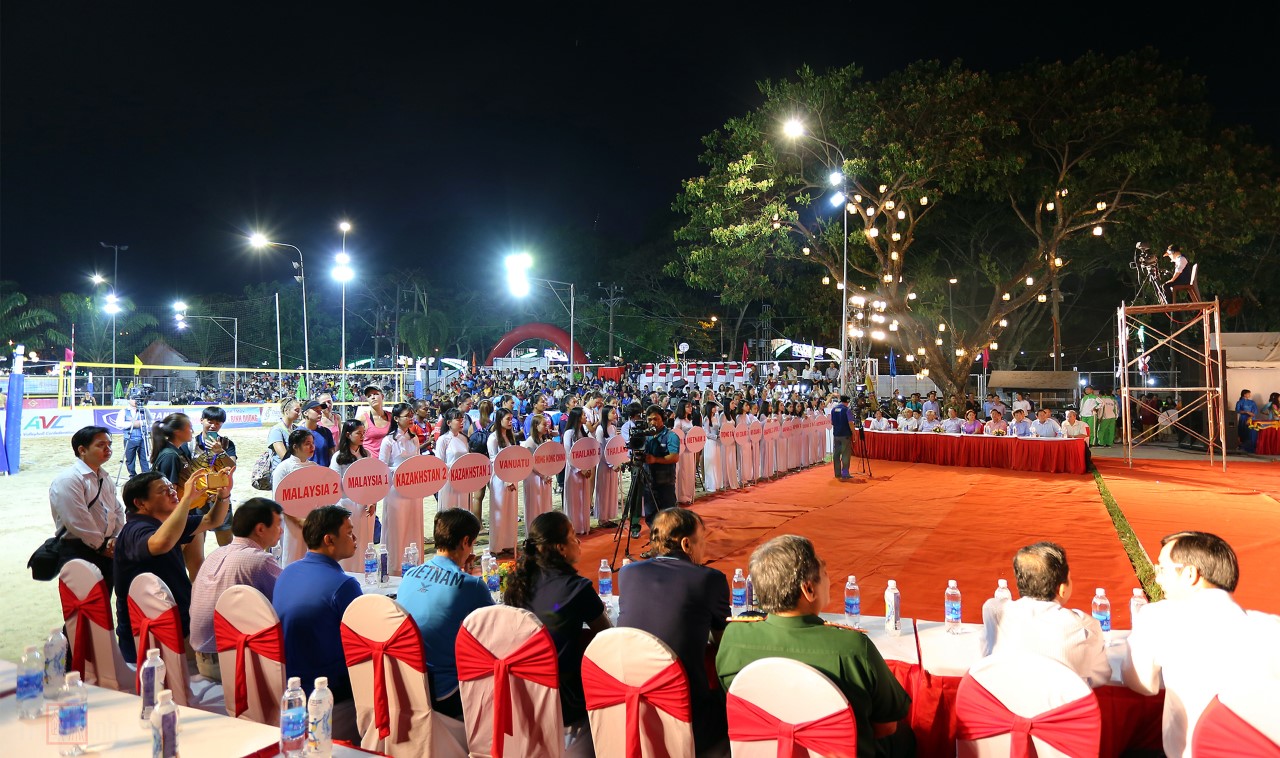 The single-gender competition is being held from April 19 to 22, with players from 21 teams from 10 countries consisting of Australia, Kazakhstan, Japan, New Zealand, Vanuatu, Hong Kong China, Malaysia, Thailand, Singapore and Vietnam vying for the top honour. 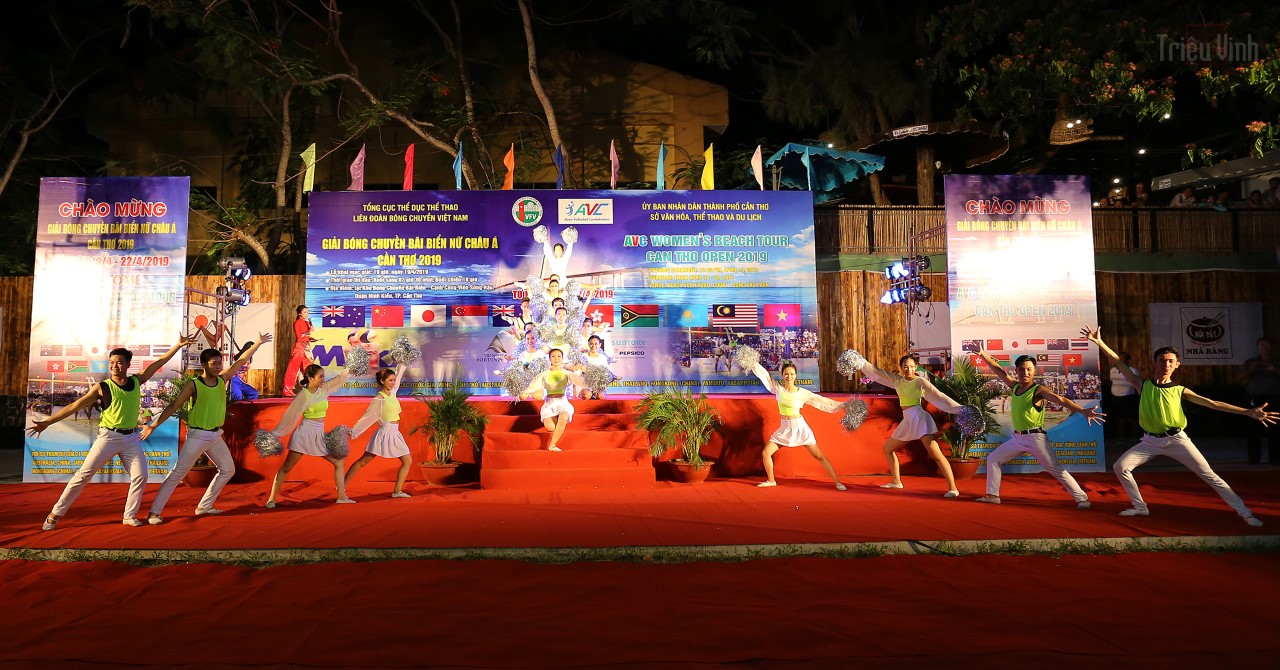 Top seeds Wang and Xia, who recently won back-to-back title at the Asian Beach Volleyball Tour “20th Samila Open in Songkhla, Thailand, kicked off their campaign in the four-day tournament on Friday with a lop-sided 2-0 (21-13, 21-7) win over New Zealand’s Polley/Tilley. The Chinese duo continued their unbeaten run following their 21-10 21-8 win over Kazakhs Rachenko/Yeropkina in their Pool A second match on Saturday. 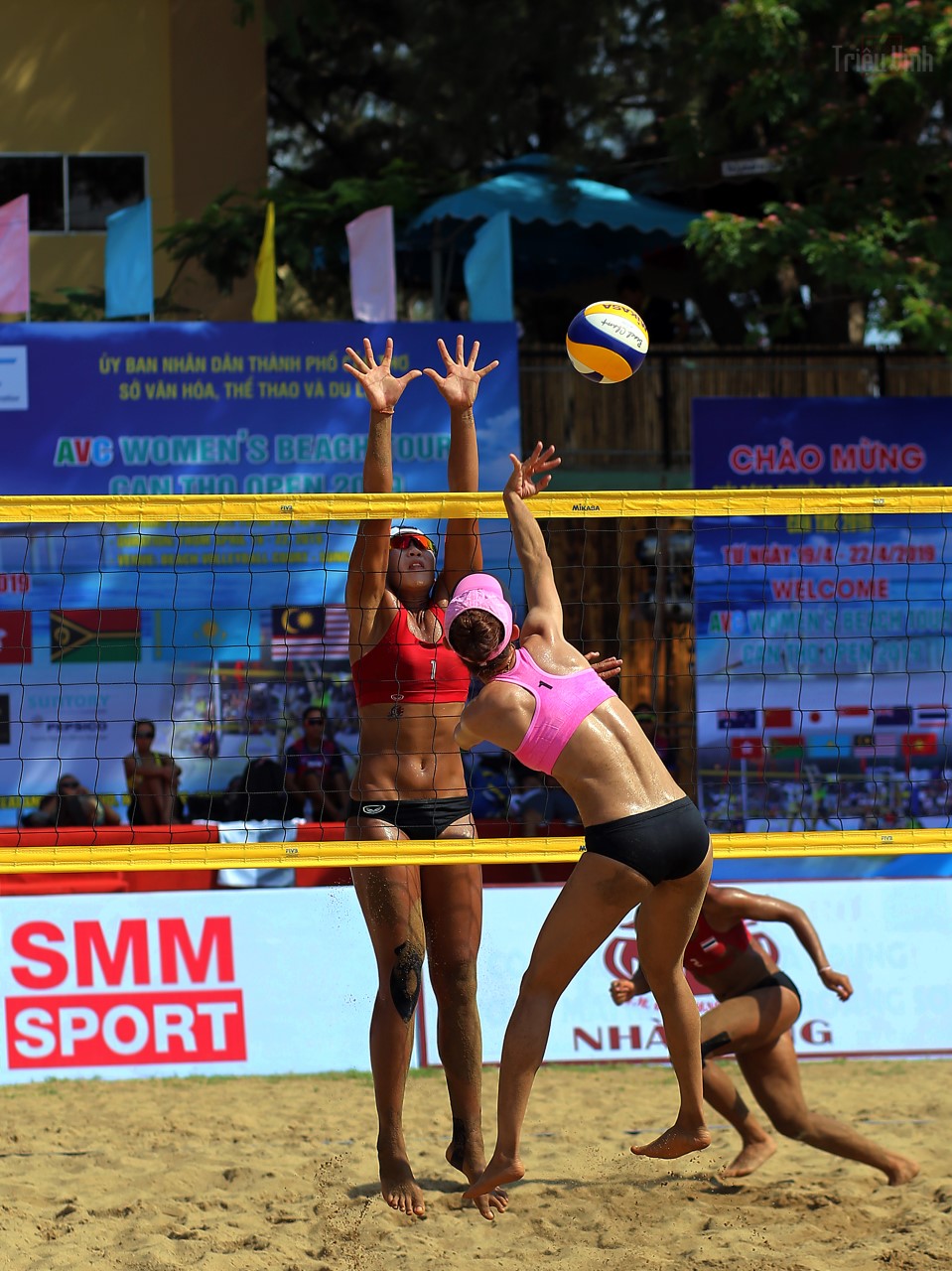 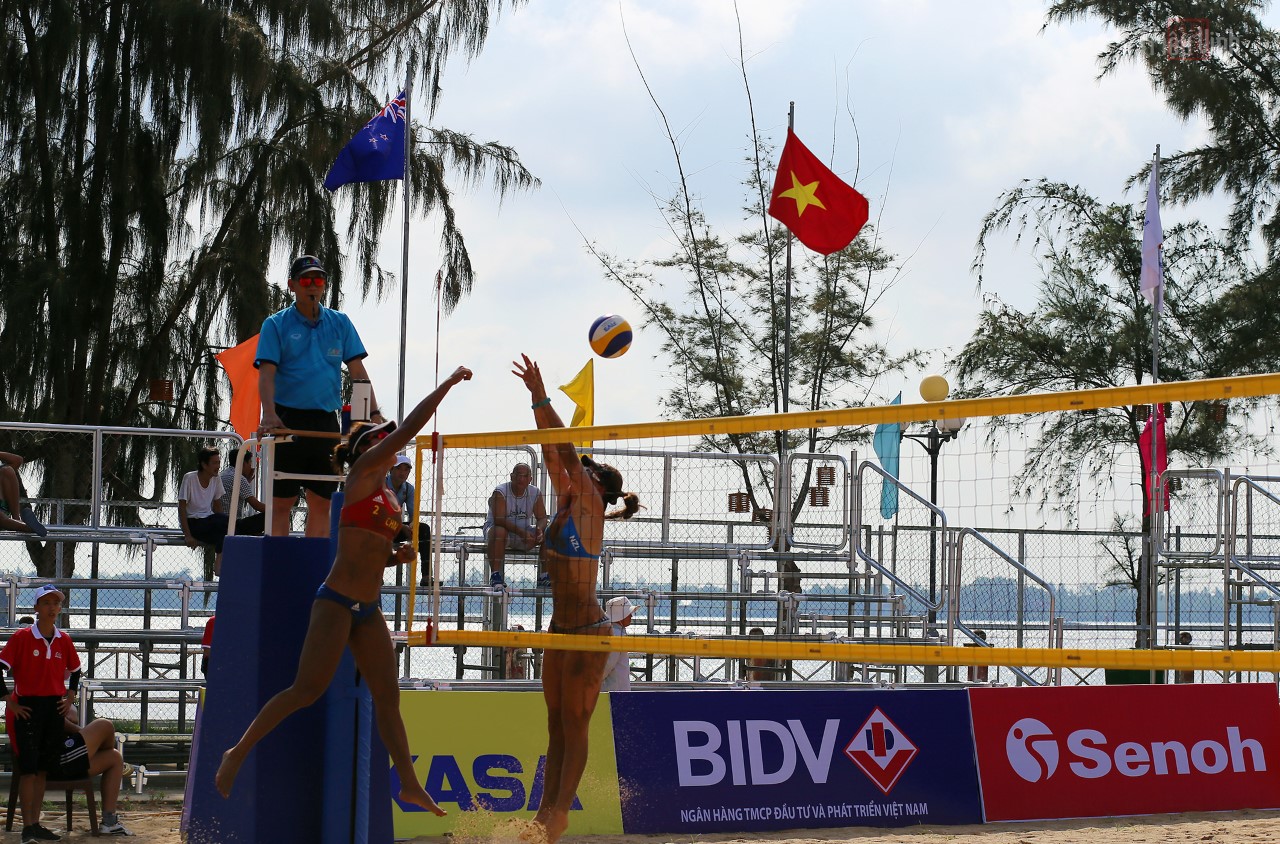 In Pool D, Thailand’s Varapatsorn Radarong and Khanittha Hongpak,fourth place at the last week’s 20th Samila Open, enjoyed their first day win following a 2-0 ( 21-7, 21-10) victory over Vietnam’s Trinh and Truong. The Thai duo went on their good show to brush off Malaysia’s Shu Woon and Tasha 21-13 21-10. 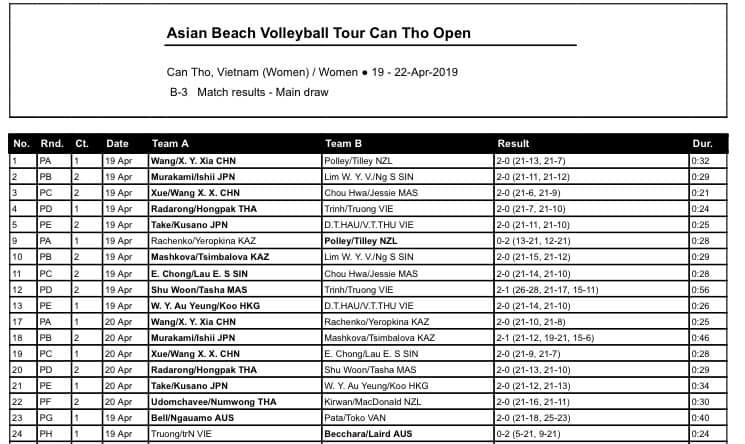 The pool round-robin preliminaries continue on Sunday with the round of 16 and quarter-finals. The semi-finals and final showdown will be held on Monday. 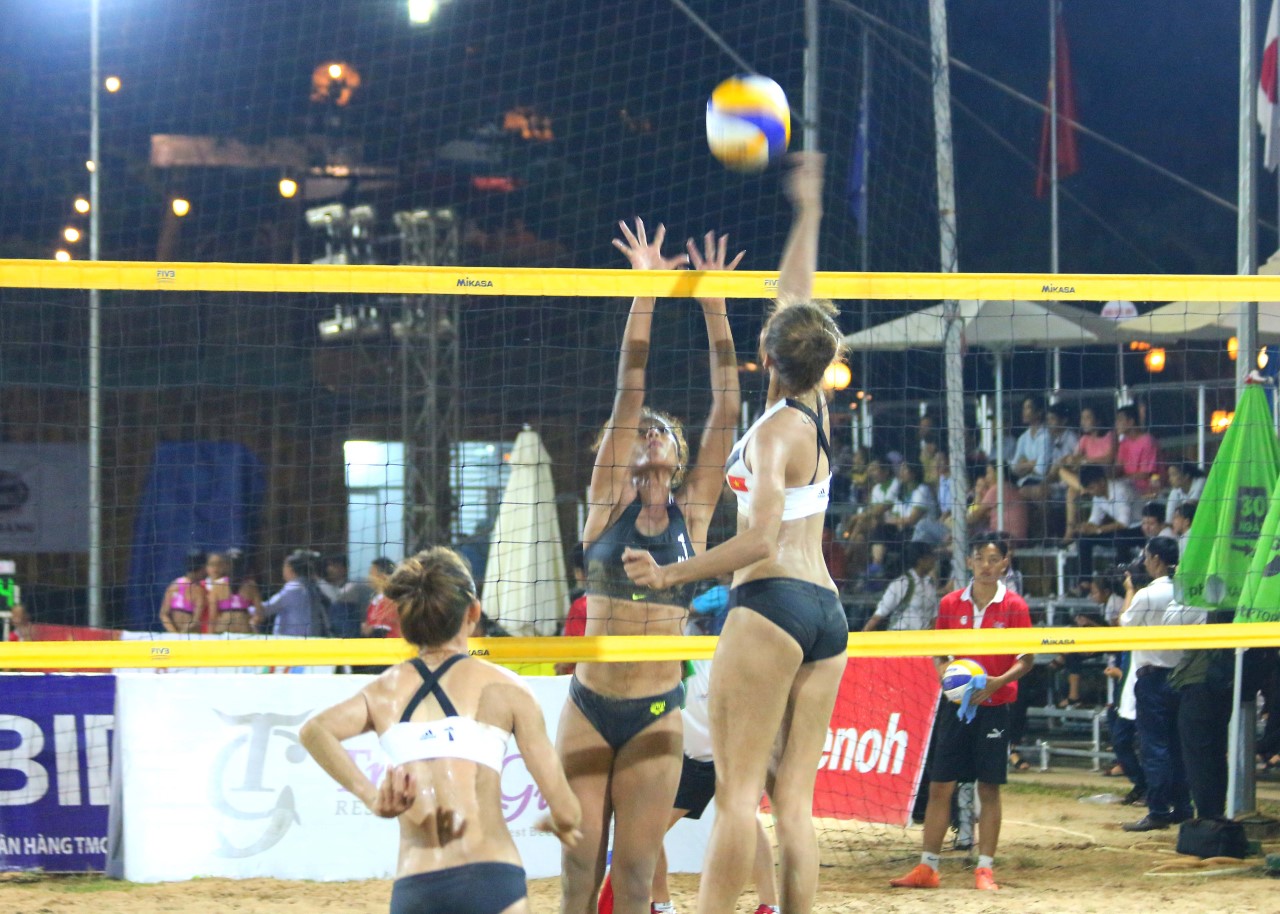