JAPAN BRUSH OFF THAILAND IN SCINTILLATING STRAIGHT SETS IN 2021 VNL

Bangkok, Thailand, May 26, 2021 – Defending and successive two-time Asian champions Japan fielded a formidable lineup including veteran Erika Shinomiya, Ai Kurogo and Sarina Koga to convincingly embark on their 2021 FIVB Women’s Volleyball Nations League campaign with a striking 3-0 (25-15, 25-17, 25-16) win over spirited Thailand in a secure bubble in Rimini, Italy on Tuesday. 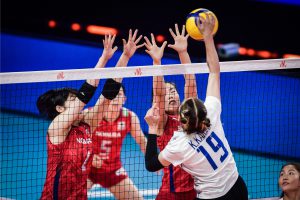 Captain Erika Shinomiya scored a match-high 14 points including 9 attacks and 4 aces for world No.7 Japan, while Pleumjit Thinkaow led Thailand with 10 points. 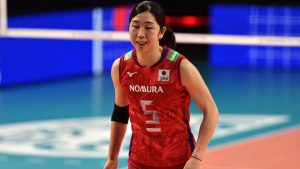 Wilavan Apinyapong (Thailand) said in a virtual Mixed Zone: “We are all very excited, because this team is a mix of older and younger players. Today we tried to play our best, but Japan is a really strong team and they played really good today in defence, block and attack. We made many mistakes, but we will try to improve for tomorrow’s match.” 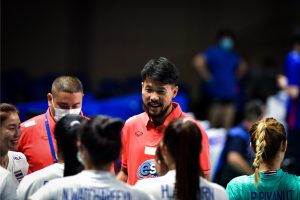 Erika Shinomiya (Japan) said: “We are very happy to be here and finally play international games, as we couldn’t play official games as national team for over a year.”

Thailand will next take on Korea, while Japan go up against Rio Olympics champions and world No.1 China on Wednesday. 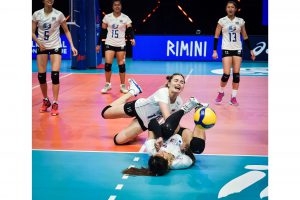 ZHANG CHANGNING STEERS CHINA TO COMEBACK WIN OVER KOREA IN VNLVNL 2021: WOMEN ON THE STARTING LINE