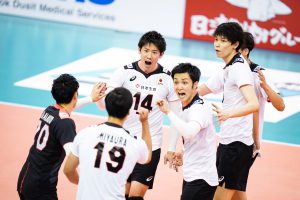 “It was a very tough match. Through this tournament, the opponents made us see that Asian teams are improving rapidly,” said Japan coach Yuichi Nakagaichi. 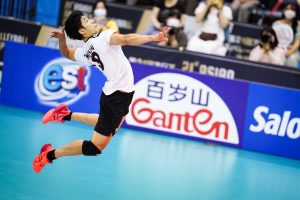 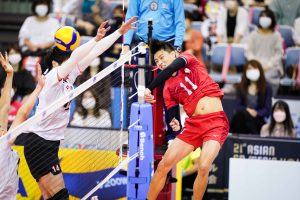 Wu Tsung-Hsuan and Liu Hung-Min provided the points for the Chinese Taipei side, but could connect with as many plays as they intended. When they can get the ball the hitters, they would find themselves prone to misfires against the block defense,

The home team built their momentum upon a well-established tempo to take the first set, 25-16, with Haku Ri making the point. 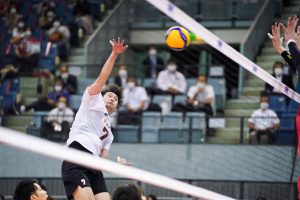 In the second set, Chinese Taipei setter ran his plays in the middle with Tsai Pei-Chang and Yen Chen Fu. While they suffered from errors, they slowly got their groove back, playing patiently along each rally. 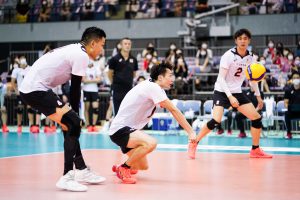 Japan activated the pipe attack, with Takanasahi connecting impressively. Ishikawa continued to be reliable with the outside attack, while Issei Otake was brought in to add height to the frontline.

Chinese Taipei grew more aggressive and more accurate in blocking and brought their quality toward the closing plays. Liu Hung-Min sent an attack from the left to score 25-22 in the second set. 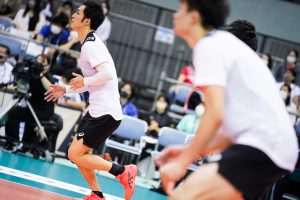 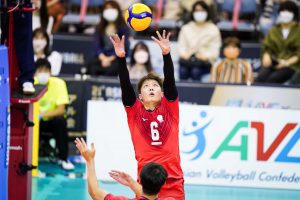 Teams played along each side-out, with Japan racing to set point, with Ishikawa’s super spikes from the backline. The hosts finished off the third set , 25-21, with Otake operating from the right 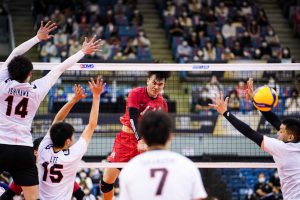 By the fourth set, Chinese Taipei’s Chang Yu-Sheng found his sweet spot with the pipe attack.
Coach Moro Branislav rested his starters, while the substitutes kept the narrow edge against the hosts. 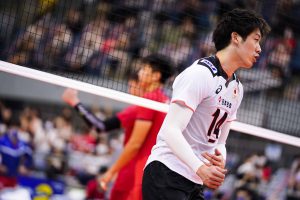 Meanwhile, Ishikawa kept pushing for the points, as Japan’s opponents also started to commit errors. Ri ran the middle attack to add to the building momentum. The hosts secured the final set at 25-20 with a solid stuff block . 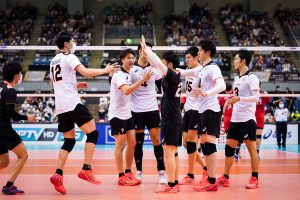 Japan now join Iran as they qualify for the FIVB Volleyball Men’s World Championship to be held in Russia in 2022. This will look to bag the championship trophy at home, to add to their title count of nine, the most for any team in the competition’s history.

The finale will be played at 18:00 local time in Chiba Port Arena.