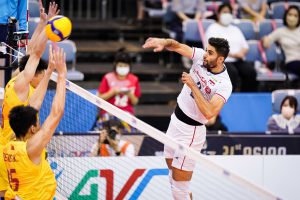 “We respect China so much so we gave 100 percent because we knew it was really going to be a tough game,’” said Iran captain Milad Ebadipour, who scored 12 points in the victory.

“This team that we have now, they have given everything,” he added. 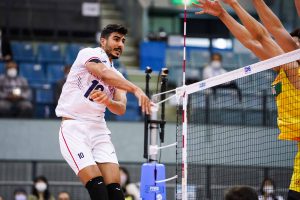 Amin Esmaelinezhad posted power plays from the right side and added an ace, to get Iran going in the first set. Ebadipour and Meisam Salehi comprised the passing unit, which likewise provided points from the flank.

Over at China’s side, Zhang Jingyin connected from the left side, while Captain Jiang Chuan powered through as setter Yu Yaochen’s primary option on attack.

The teams showed nearly equal capability, and exchanged points, with neither being able to establish a huge lead. 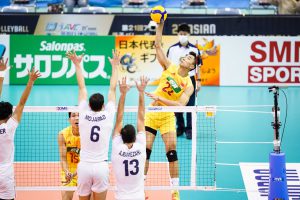 Iran sparked with their momentum as Aliasghar Mojarad connected with blocks, sealing off any pathway for the opponents’ attack line. Salehi took a swing to seize set point, with Ebadipour closing out the first set at 25-22. 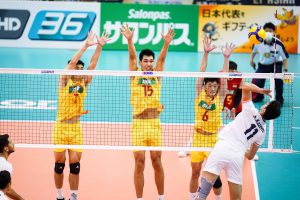 In the next set, China lined up a nearly seamless block defense, keeping a close watch on the attacks deep from the flanks. They also started serving rather aggressively, with Peng Shikun unleashing winners from the service line. 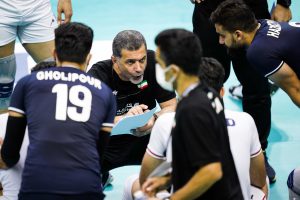 Iran ran into clogged passing lanes, making them resort to less intentional plays. Coach Ataei Nouri Behrouz changed to his second setter in order to infuse a fresh approach to the offense. Apart from running their system into place, they also needed to find a solution to contain the momentum of the China’s opposite. 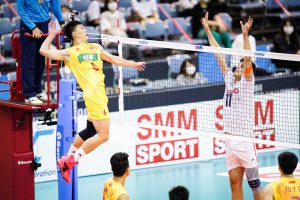 China continued to strike from any zone, and took the second set, 25-17, with back-to-back swings from Zhang Jingyin. 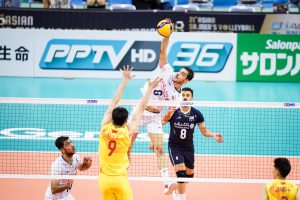 By the third set, Iran tried to firm up their block defense, with Mojarad Aliasghar and Reza Abedini keeping quick timing at the wings. Javad increased the tempo of his sets to start outrunning the opposition’s block formation. Kazemi and Ebadipour delivered with sharp speedy swings. 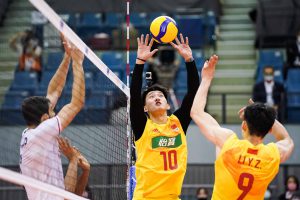 The Chinese were quick to keep up with every side-out, running equally quick and powerful spikes. Yu Yuantai also connected on the pipe attack.

Iran later went on to commit errors but were quick to regain and take set point off an Abedini block. Ebadipour posted an attack from left that spelled 25-22 in the third set for the defending champions. 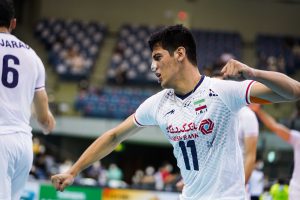 By the fourth set, Iran continued to run the wing attack with good success. Kazemi looked limping and bleeding in the nose but he still exploded like a firecracker from the right side. Iran gained 16-10 at the second technical time-out.

China was trying to get their middle attack going with Peng Shikun upfront, while trying to reactivate Jiang Chuan.

Iran suffered from several mishaps but later sustained their momentum to reach 25-17 in the final set. 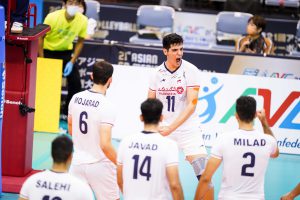 Iran will now take one of two available slots to qualify to the FIVB Volleyball Men’s World Championship to be held in Russia in 2022. They will also look to augment their championship trophy count to four, in Sunday’s finale. They bagged the title in 2011, 2013, and most recently in 2019.