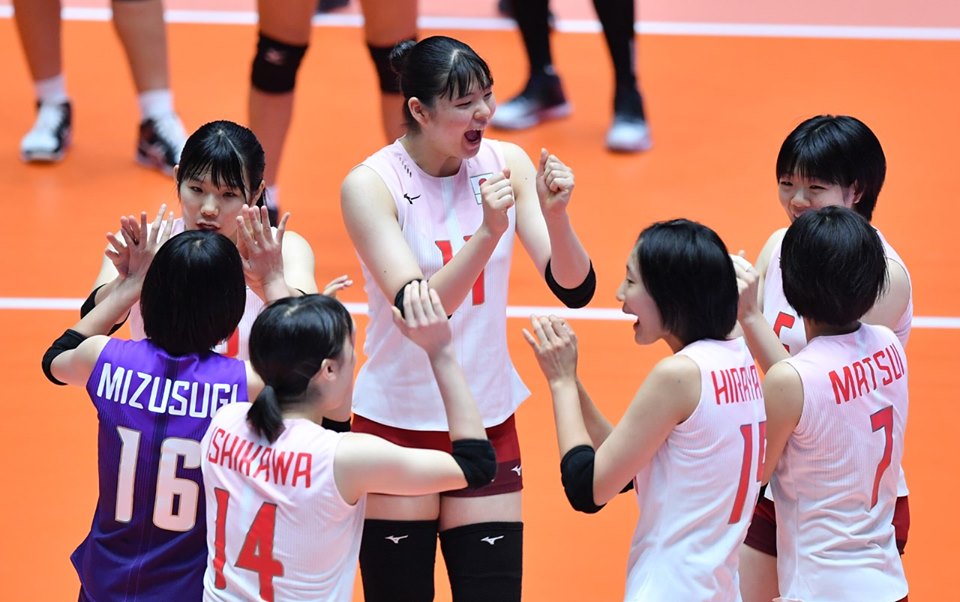 Splendid teamwork, offensive combinations and determination have been regarded as the key points of Japan for the Sunday’s victory against the formidable Thais in what could be a 2017 final rematch. 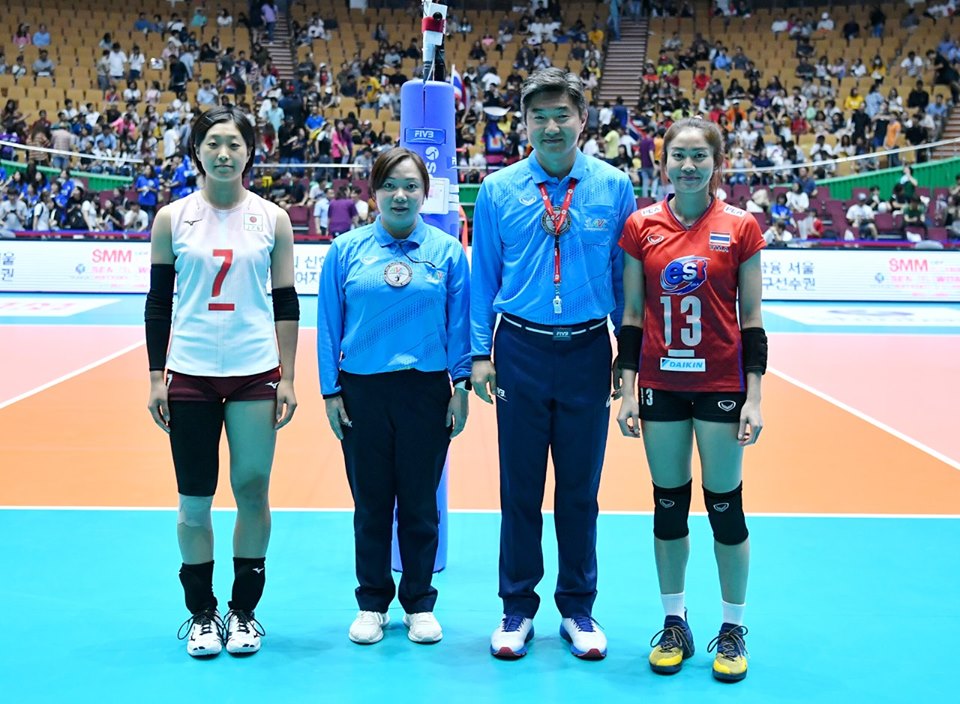 Japan, fielding a strong U20 squad which captured the last month’s FIVB Women’s U20 World Championship in Mexico, got off to a brilliant start in the first set, which they won a hard-fought 25-22 against Thailand, represented by an highly-experienced squad including five veterans – Onuma Sittirak, Pleumjitr Thinkaow, Nootsara Tomkom, Malika Kanthong and Wilavan Apinyapong, all of whom joined the team which won gold medal at the 2009 Asian Championship in Vietnam and the 2013 edition at home in Nakhon Ratchasima. 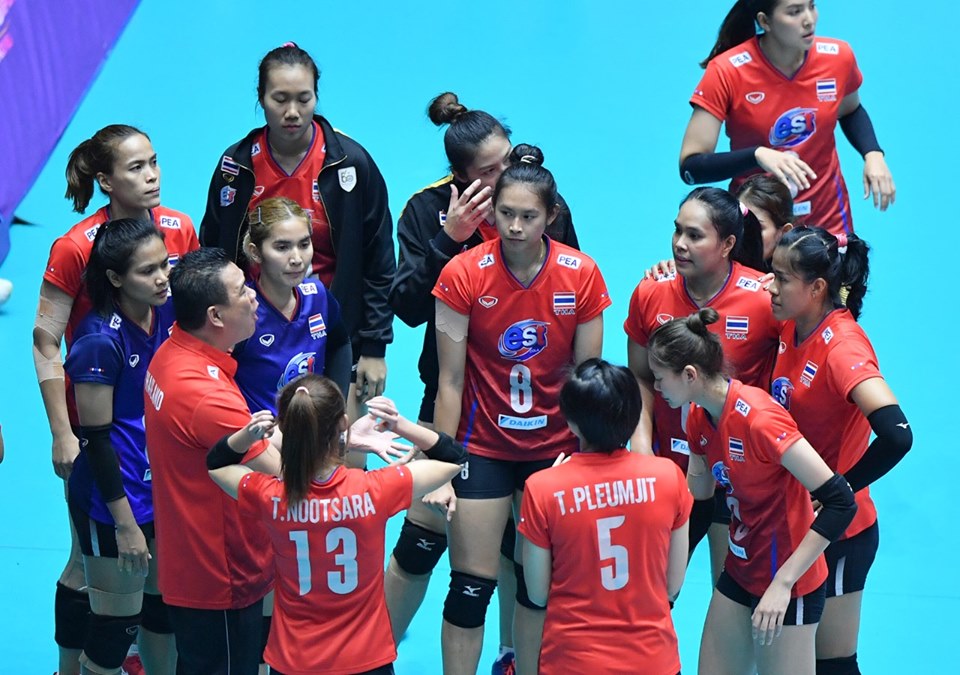 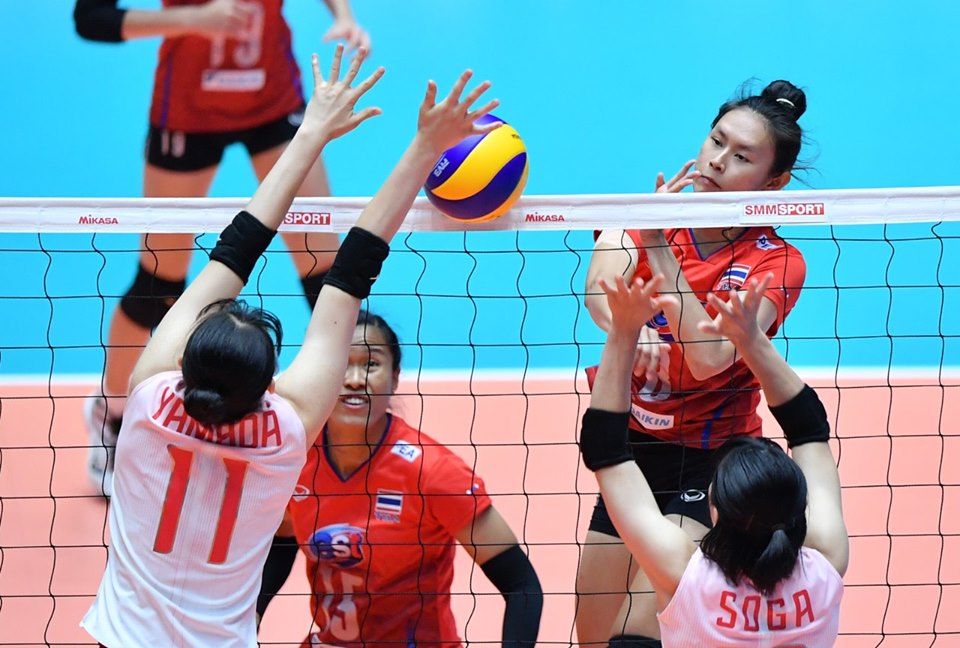 In the second set, both teams capitalized on their power and speed at the net. But Thailand, with more experienced players, played superbly up to their standard to foil the rivals’ fightback attempts. Thailand took the second set 25-18. 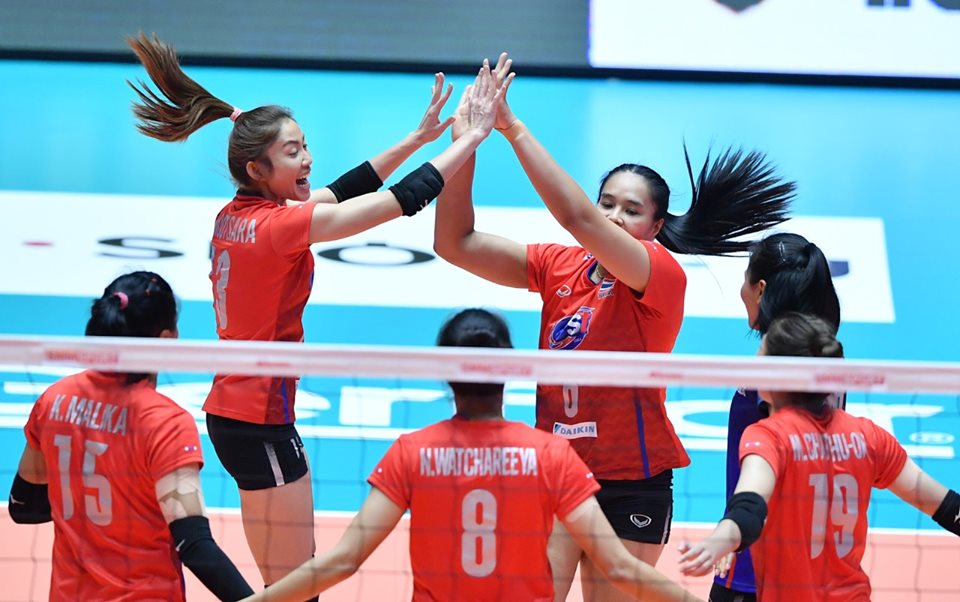 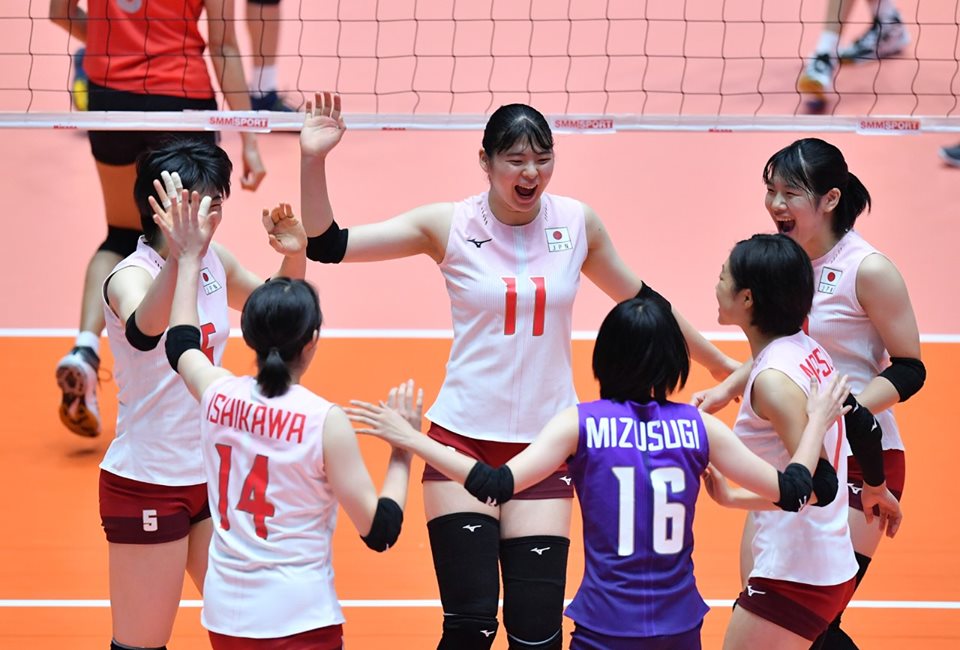 The young Japanese showcased their exceptional talents and skills beyond their age. Despite attempting to regain their form in the third set, Thailand found Japan uncatchable as they came up with ebullient power and concentration in a surprising degree. Japan clinched the third set 25-18 to stretch it to 2-1. 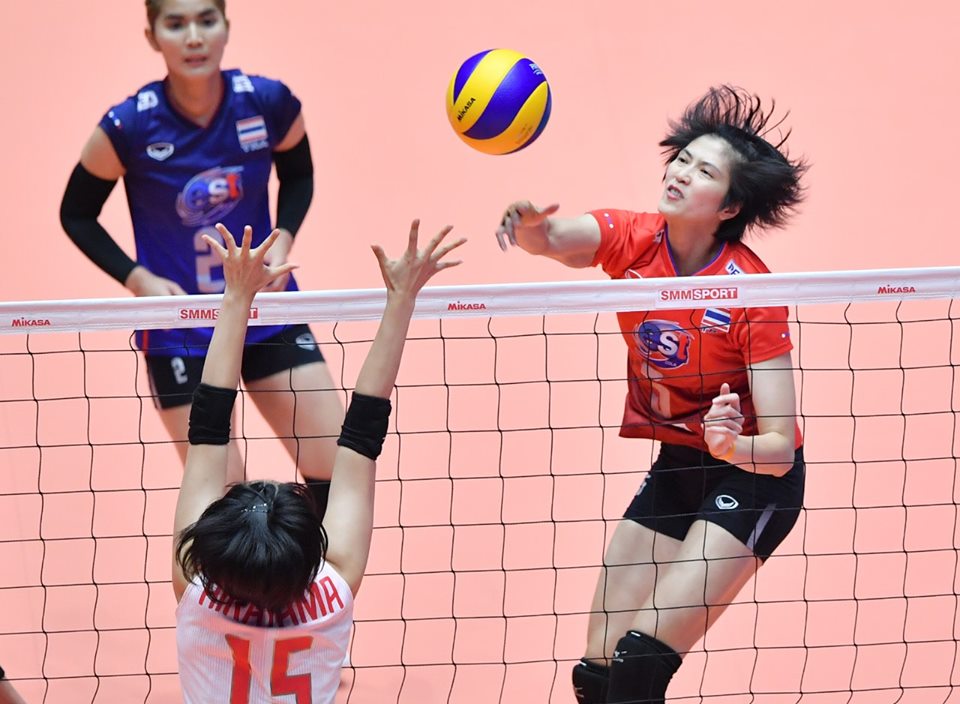 Thailand and Japan were locked in a tight contest in the fourth set, which saw both teams trade points through their attacks and blocking. At halfway, Japan upped their tempo to take a commanding lead. As Thailand tried their best to close the margin, Japan went on their superb form. Leading 24-23 for good, the Japanese side ended the Thailand’s entire challenge with a great serve which went without returning. Japan captured the set 25-23, match and the Championship. 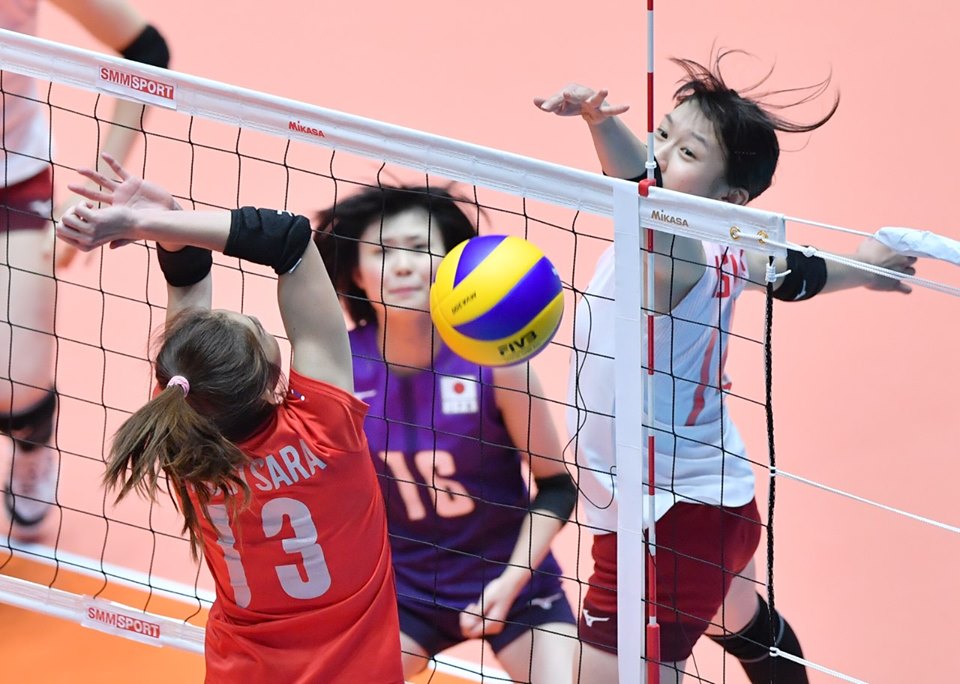 Following the win, the Japanese players rushed to each other, dancing in a circle and hugging one another. Staff coaches and head coach Noboru Aihara in particular jumped for joy and hugged each other. Everyone smiled and looked happy as if they were on cloud nine. 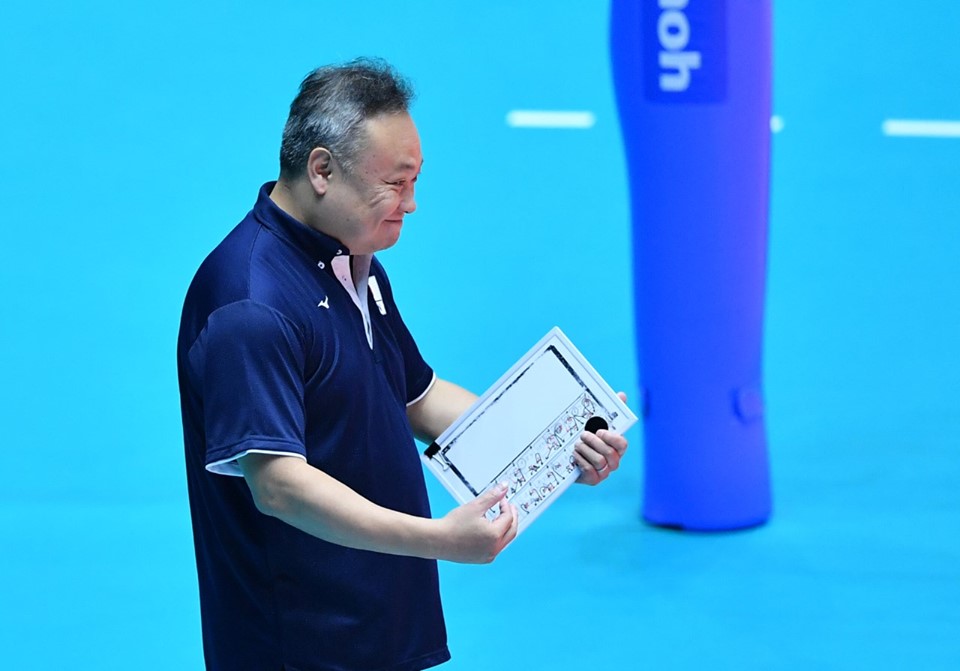