Seoul, Korea, August 25, 2019 – Japan underlined their supremacy over the 20th Asian Senior Women’s Volleyball Championship after overpowering Thailand in hard-fought four-set thriller 25-22 18-25 25-18 25-23 in the 2017 final rematch at the Jamsil Indoor Stadium on Sunday. 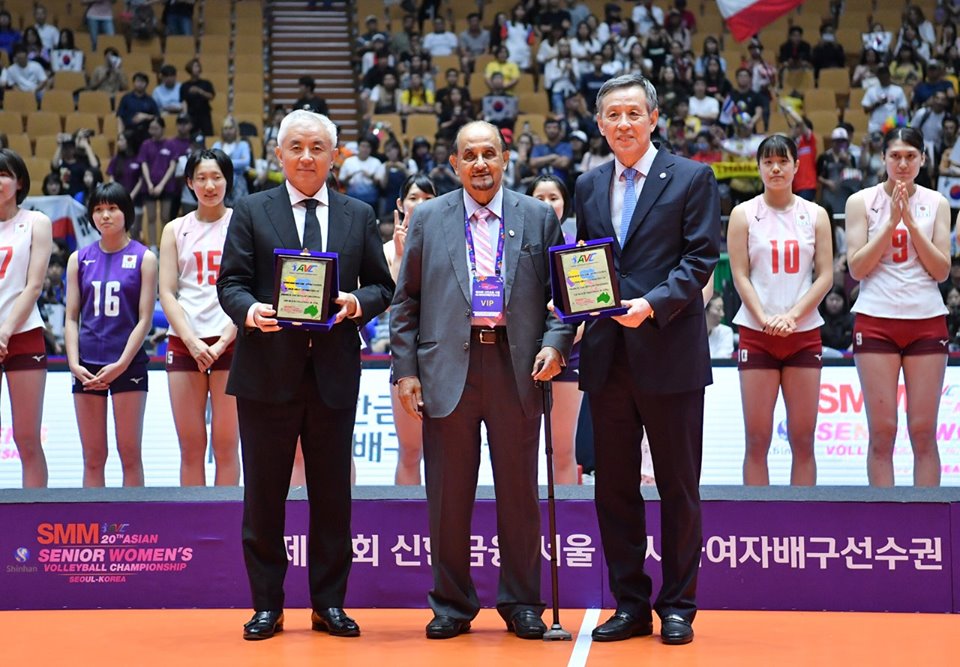 Hosts Korea had to be content with bronze medal following a convincing straight-set 25-21 25-20 25-22 win against China in another rematch of the 2017 third-place playoff.

Formidable Japan, defending champions but fielding a strong U20 squad which captured the last month’s FIVB Women’s U20 World Championship in Mexico, successfully retained their crown. It was the fifth Asian title Japan have won in the biennial competition. 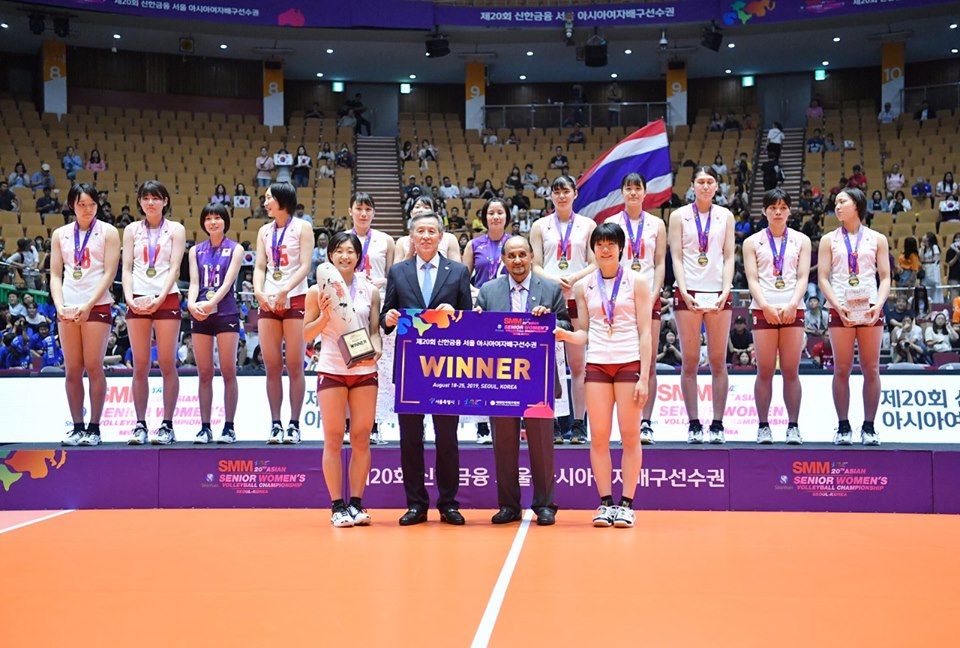 Since the tournament’s inception in 1975 in Australia, Japan landed the first-ever Asian title there in Melbourne. They won their second title at home in 1983 in Fukuoka and third in 2007 in Nakhon Ratchasima, Thailand. Their fourth title came in the previous edition in the Philippines two years ago and the fifth title was achieved in Seoul when Korea hosted the championship for the first time ever.

Among the 20 editions held for the Asian Senior Women’s Volleyball Championship, Japan made it to the final showdown for 12 times overall, winning 5 gold and 7 silver medals.

En route to the Sunday’s final, Japan lost 2-3 just once to China in their Top 8 playoff match in Pool F. They beat hosts Korea 3-1 in the Saturday’s semi-finals before seeing off Thailand, the team their senior squad had beaten in the previous edition in 2017, in the final clash. 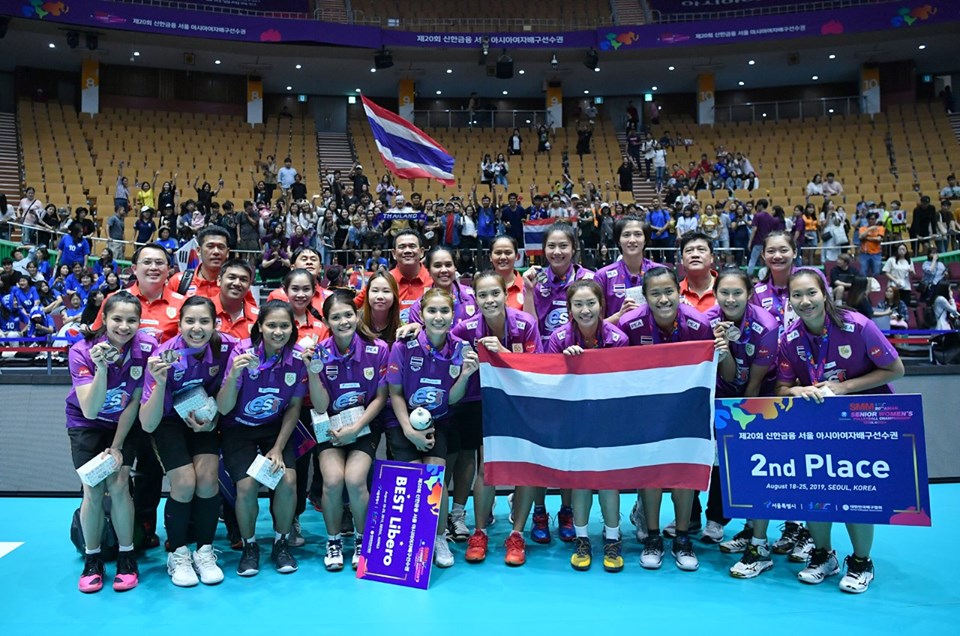 In the Sunday’s showdown, Thailand fielded a strong lineup led by five veterans who competed in the team which won the 2009 and 2013 Asian titles including Onuma Sittirak, Nootsara Tomkom and Pleumjit Thinkaow, while Japan were strengthened by Haruna Soga and Mayu Ishikawa, both of whom won the Best Outside Spikers at the Women’s U20 World Championship in Mexico. Ishikawa also landed the MVP award out there. 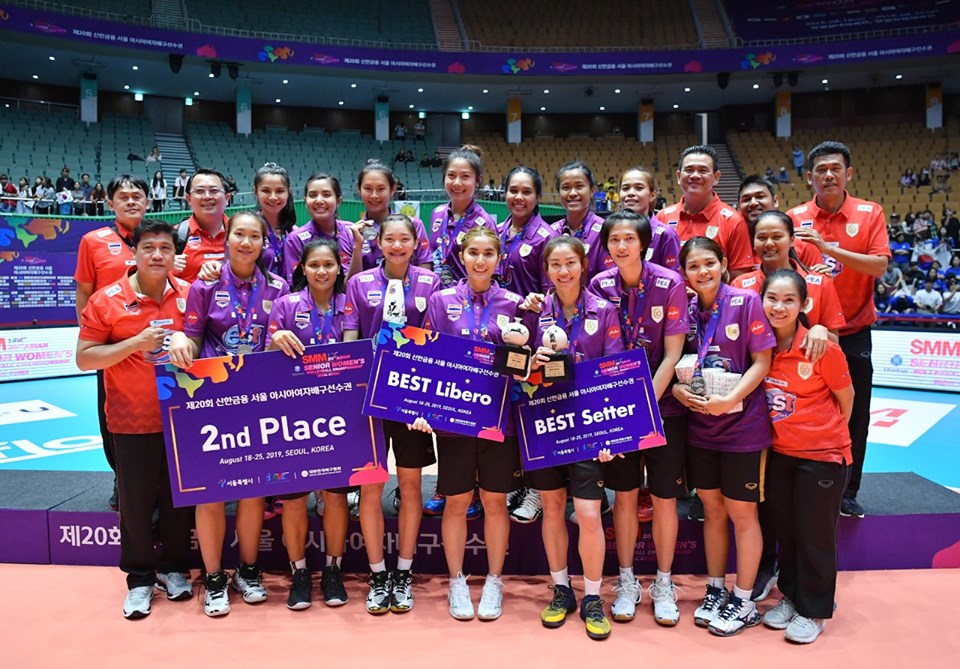 For Thailand, this was the second silver they had won in the Asian Senior Women’s Championship, with the first silver achieved in the Philippines in 2017. 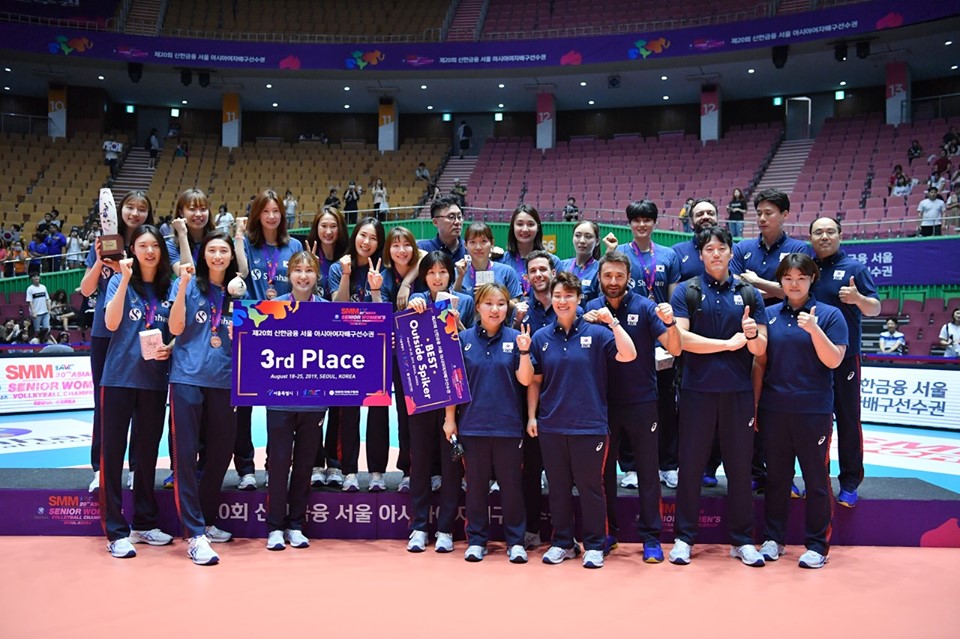 In the third-place playoff encounter earlier, Korea took bronze medal after beating China in straight sets. The Koreans have to patiently wait for their unprecedented Asian title in the future. Since their first participation in the inaugural competition in 1975, Korea have yet won gold medal. They had entered 7 finals, but picked up only silver in all final showdowns they took part in. 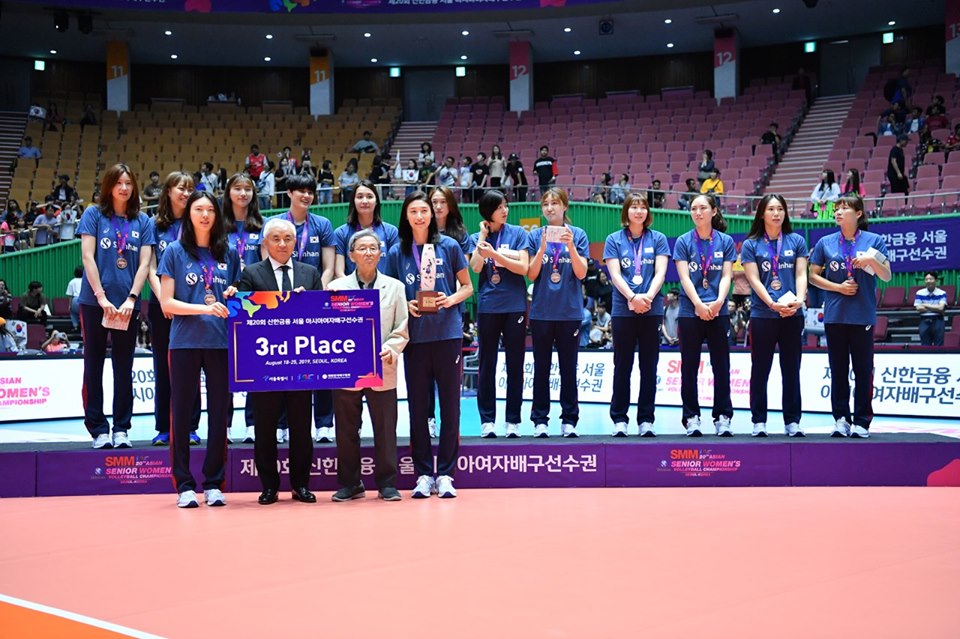 It seemed that this time allowed Korea the brightest chance of winning the unprecedented gold. The 20th edition was held in Korea for the first time and a large number of their fans thronged into the Jamsil Indoor Stadium to morale-boost the Korean team. Furthermore, China and Japan did not send their strongest teams to this topflight championship, opening the door to the other teams to vie for the top honour and Korea had been tipped to be the strongest contenders at home. However, the host side just let the victory slip through their fingers. 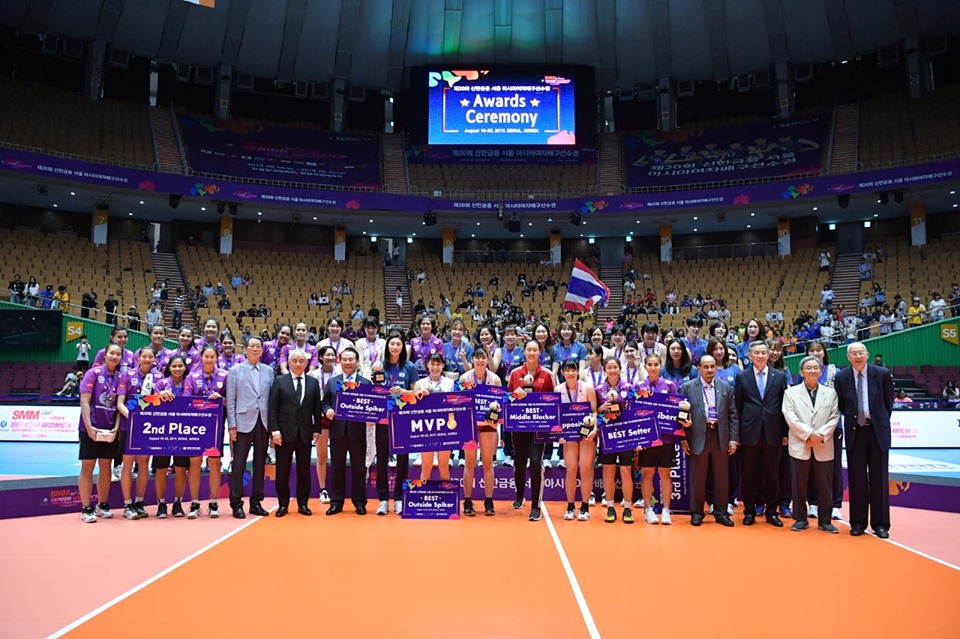 Meanwhile, Kazakhstan completed their campaign with the 5th place as they overcame a sturdy challenge from Chinese Taipei to pull off a dramatic 22-25 25-19 25-22 25-21 win. Chinese Taipei finished 6th position.

Iran claimed the 7th place as they shrugged off the poor start in the match against Indonesia. Iran conceded the first two sets before recovering to win the remaining three sets 25-27 18-25 25-20 25-13 15-13. Indonesia came in 8th place overall. 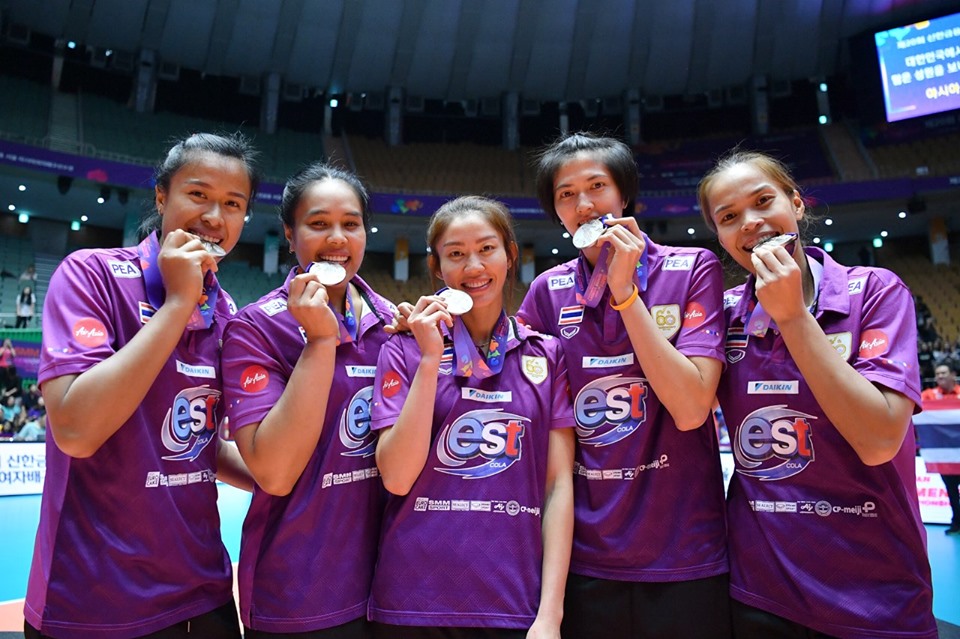 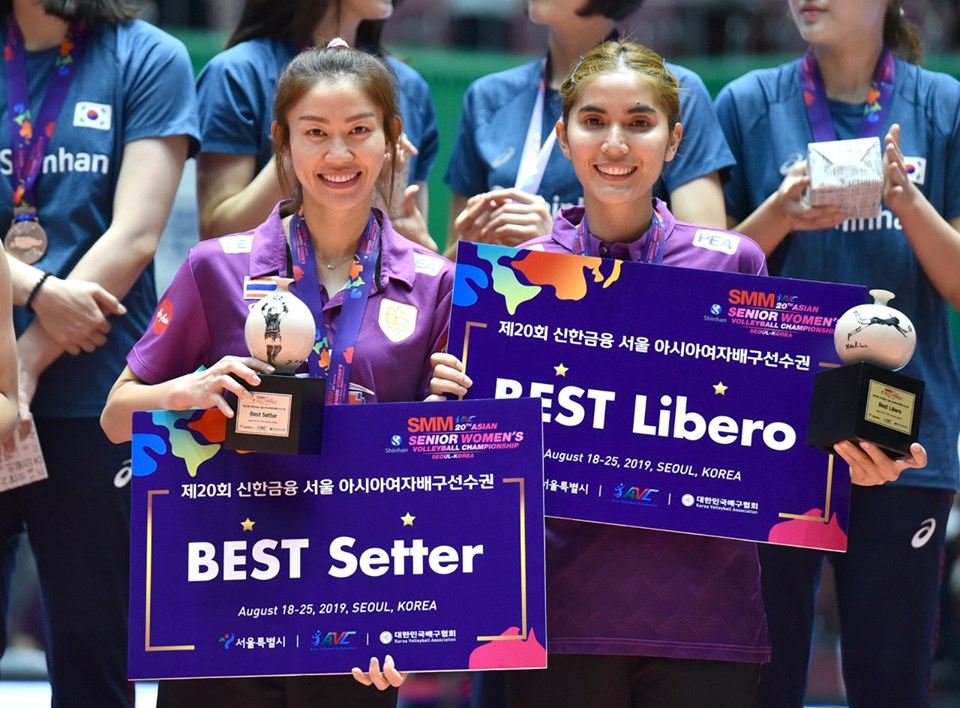 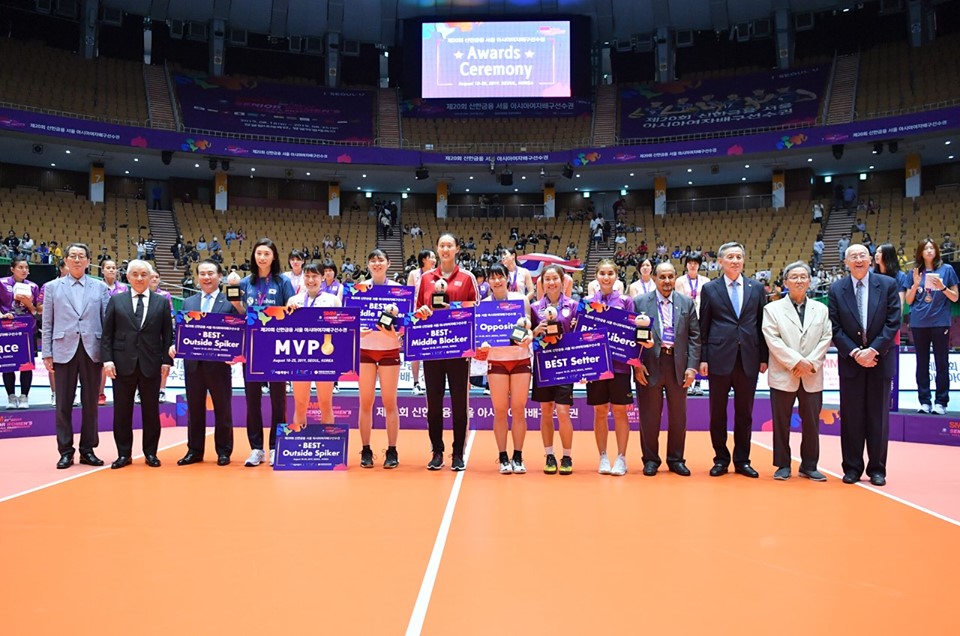 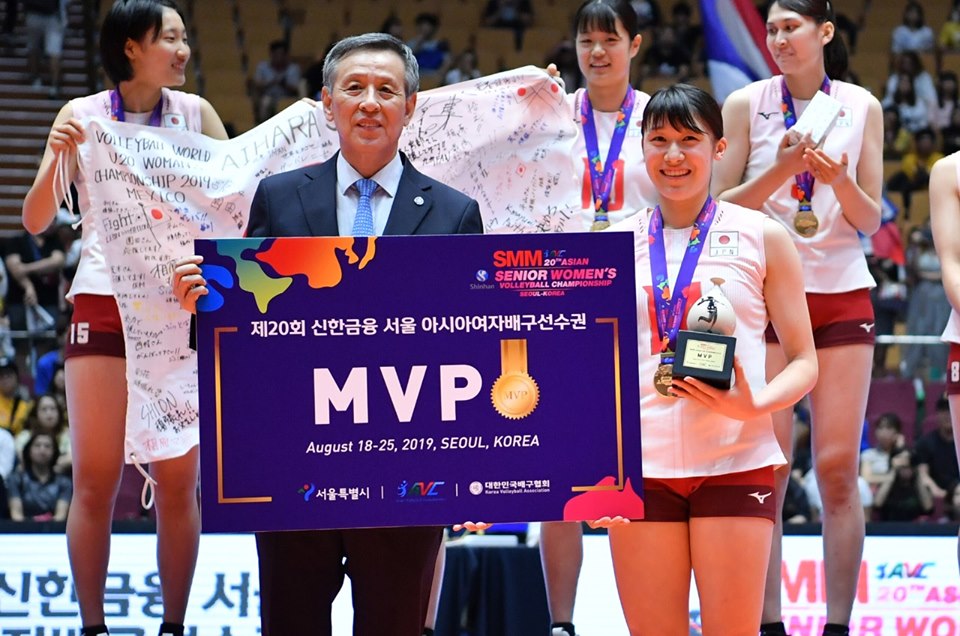 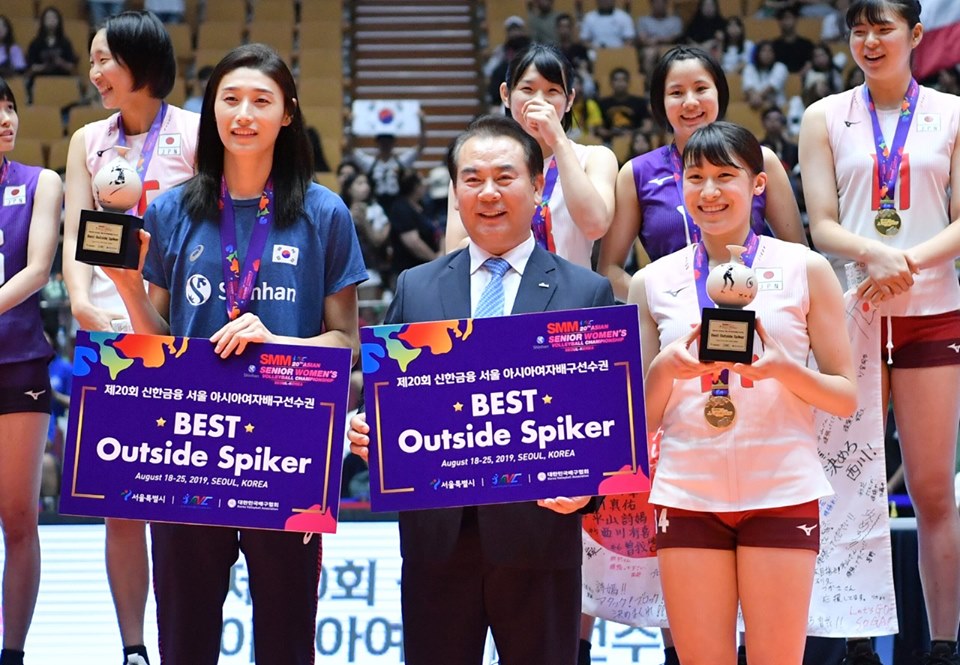 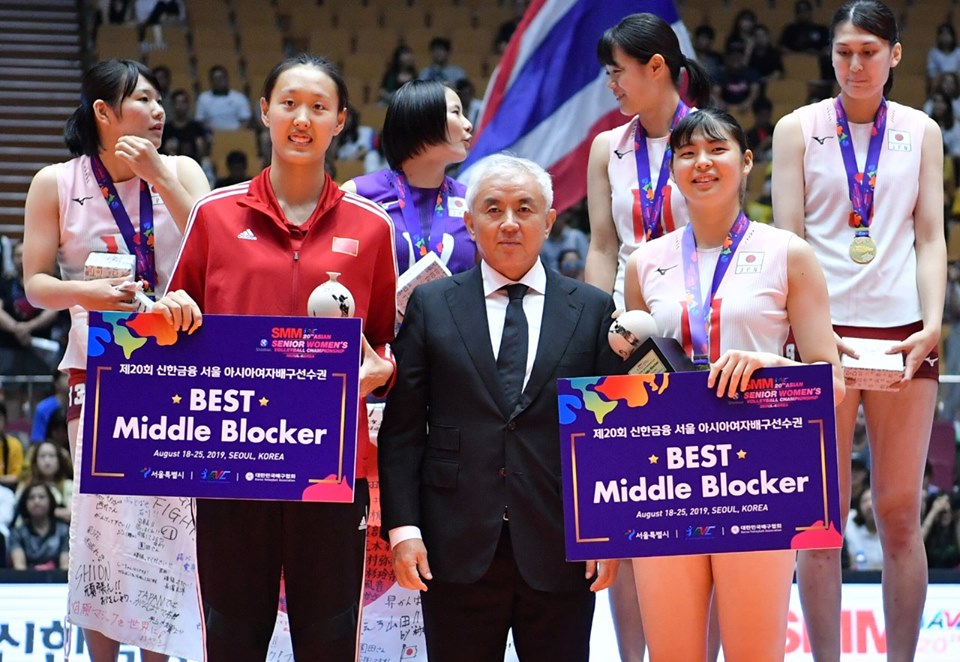 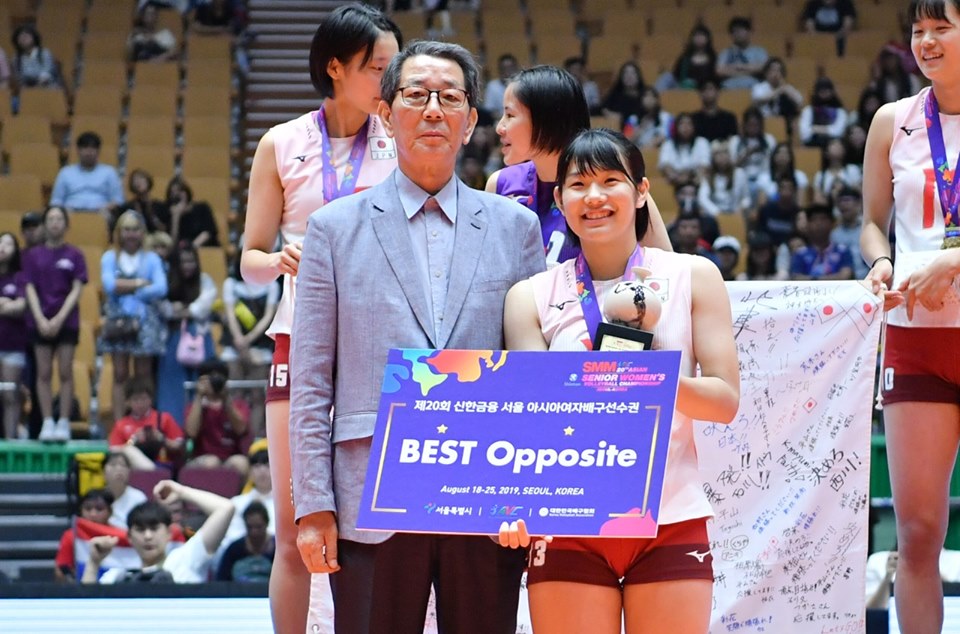 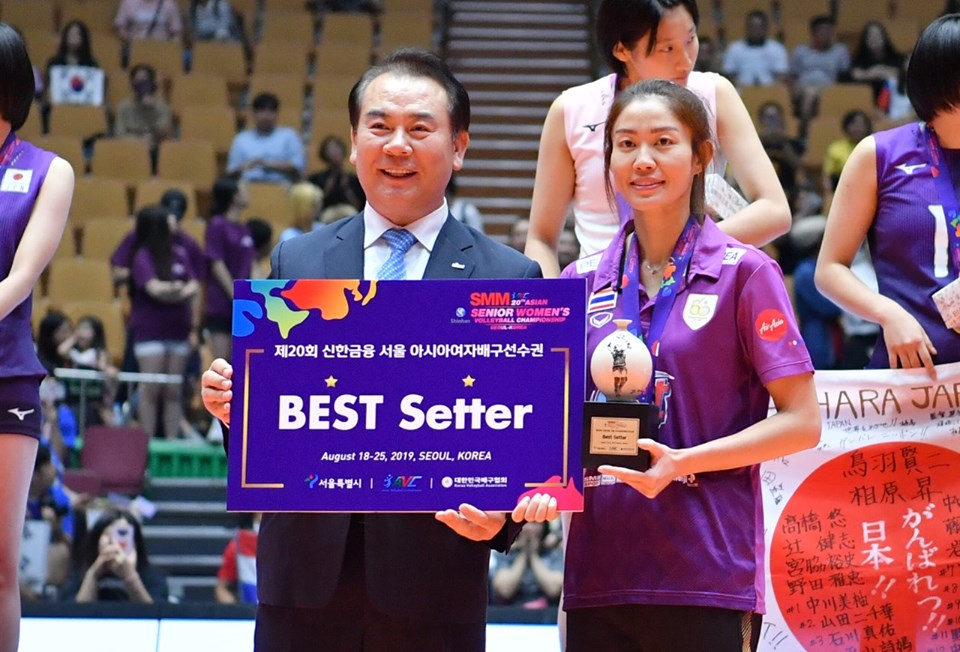 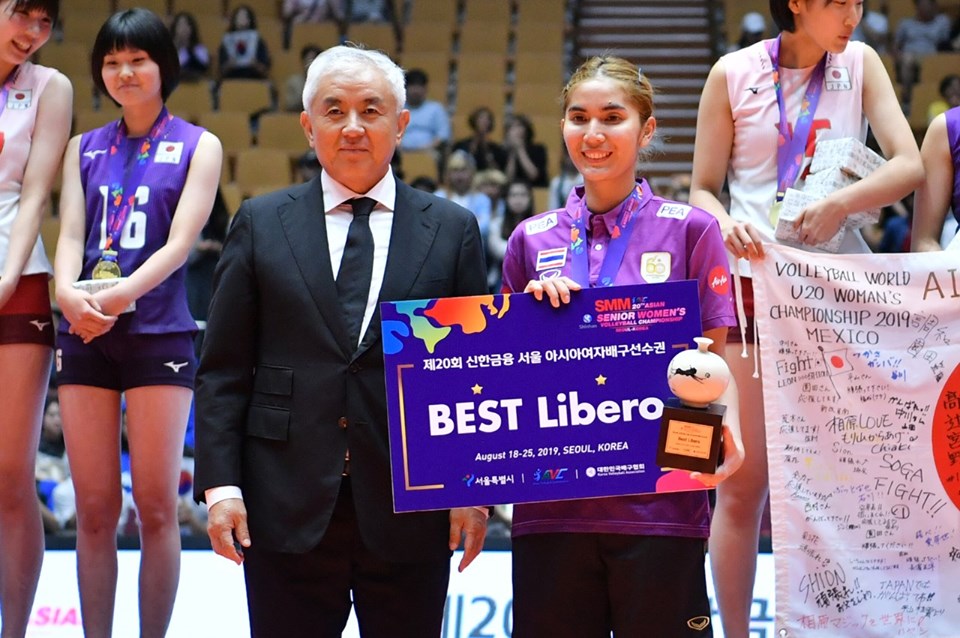