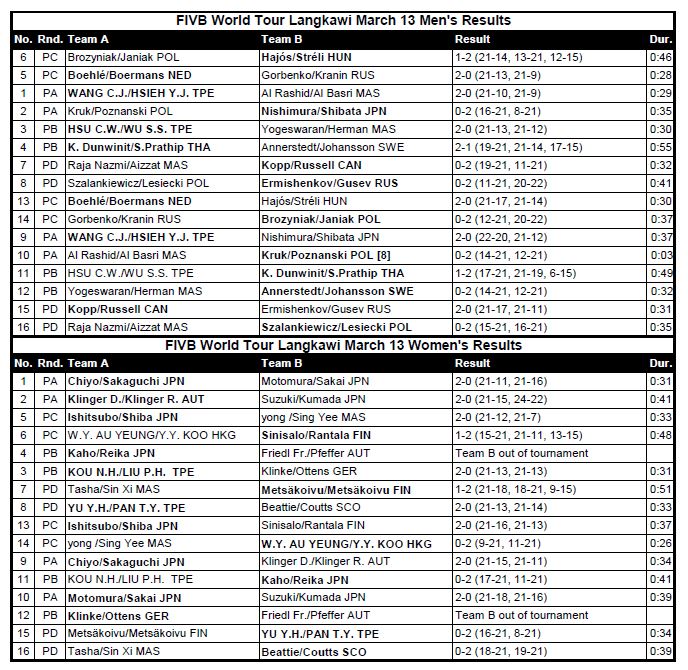 Sakaguchi and Suzuki were one of three Japanese women’s team to win pool titles Friday along with Katja Metsakoivu/Tuuli Metsakoivu of Finland or Tzu-Yi Pan/Ya-Hsuan Yu of Chinese Taipei.  Men’s pairs from Canada, The Netherlands and Thailand captured the men’s pool titles to advance to Saturday’s quarter-finals with 2-0 match marks.

The winning streak for Sakaguchi and Suzuki started February 9 in Cambodia where the Japanese pair captured the FIVB World Tour bronze medal at Siem Reap.  Last week in Guam, Sakaguchi and Suzuki added to their success string with five more match victories highlighted by a gold medal win over Kimberly Hildreth/Sarah Schermerhorn of the United States.

During the winning streak, Sakaguchi and Suzuki have lost only one of 17 sets as the Japanese tandem has now compiled a 13-4 record after starting the 2019-220 season by winning only one in four matches.

In the men’s competition, two of the top four-seeded pairs – No. 1 Ya-Jen Hsieh/Chin-Ju Wang of Chinese Taipei and No. 3 Dirk Boehle / Stefan Boermans of The Netherlands – claimed titles as expected.  Making seed-break-throughs were seventh-seeded Dunwinit Kaewsai/Prathip Sukto of Thailand and 13th-seeded Liam Kopp/Alexander Russell of Canada, who also won two matches Thursday in the Langkawi qualifier.

Saturday’s men’s and women’s schedule features two rounds of elimination to set the field for Sunday’s semi-finals and medal matches. 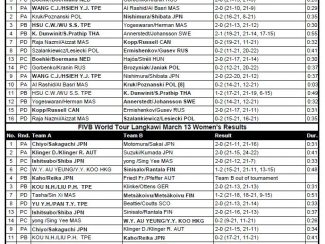 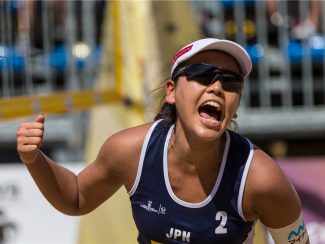