Julio Rubio starts the celebrations after victory over Bruno and Evandro 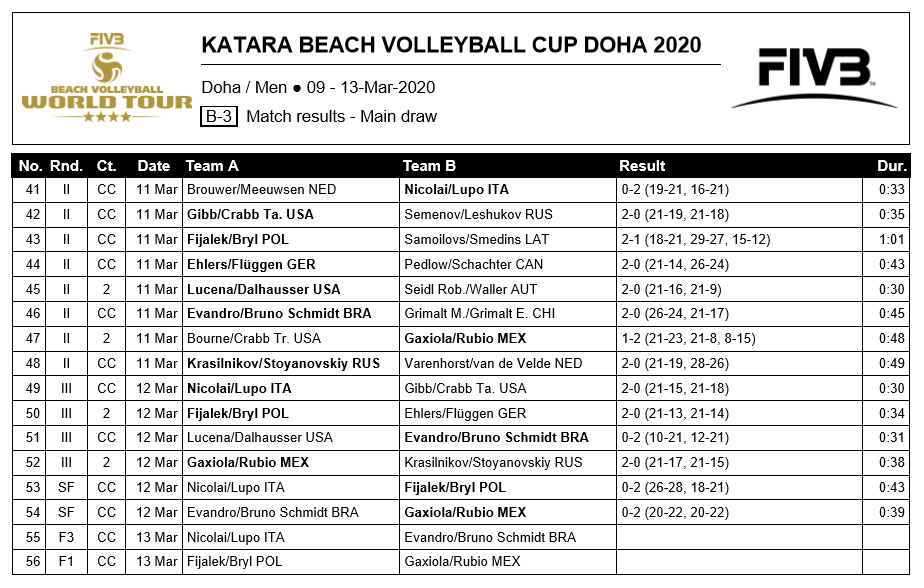 First, they knocked out reigning world champions Oleg Stoyanovskiy and Viacheslav Krasilnikov at the quarterfinal stages with a 2-0 (21-17, 21-15) win, then they followed up by defeating 2015 world champion Bruno Schmidt and 2017 world champion Evandro Goncalves 2-0 (22-20, 22-20).

“It has been amazing to play here in Doha,” Rubio said. “This is the first time we have played on the World Tour outside Mexico, so we are very excited about playing here.

“We played really well in the first set and while it was a bit nervous in the second, we managed to hold on.”

Rubio and Gaxiola are ranked 96th in the world, 92 places below Bruno and Evandro, but they showed no nerves against their illustrious opponents and after they raced onto a seven-zero lead at the start of the second set they held their nerve to win.

“We knew that they are a good team and one of the best teams in the world,” Gaxiola said. “This is why we had to play with even more power. That is what drove us and helped us play as well as we did.”

Bryl and Fijalek came close to gold on the World Tour in 2019 but finished the year with one silver and two bronze.

They spent the winter warm-weather training in Tenerife and Sri Lanka but are not getting carried away with their success.

“It is another game and another day tomorrow and we are only focusing on our side,” Fijalek said. “We have to keep our shape and our level tomorrow.

“We played them last year in Chetumal, but they are young and have beaten some very good teams so I think it will be a very interesting game tomorrow.”

The men-only tournament in Doha is running from March 9-13 at Katara Cultural Village in the north of the city. It is the second of nine 4-Star events on the 2019-2020 calendar and the winners will leave with 800 ranking points. 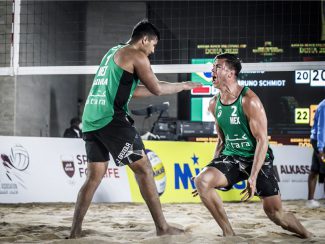