Tianjin, China, April 25, 2019 – Control Committee president Mr Shanrit Wongprasert chaired the first joint meeting between the Control Committee members and the local organisers on Thursday at Greentree Oriental Hotel in Tianjin, China to check readiness ahead of the 2019 Asian Women’s Club Volleyball Championship between April 27 and May 5, 2019. 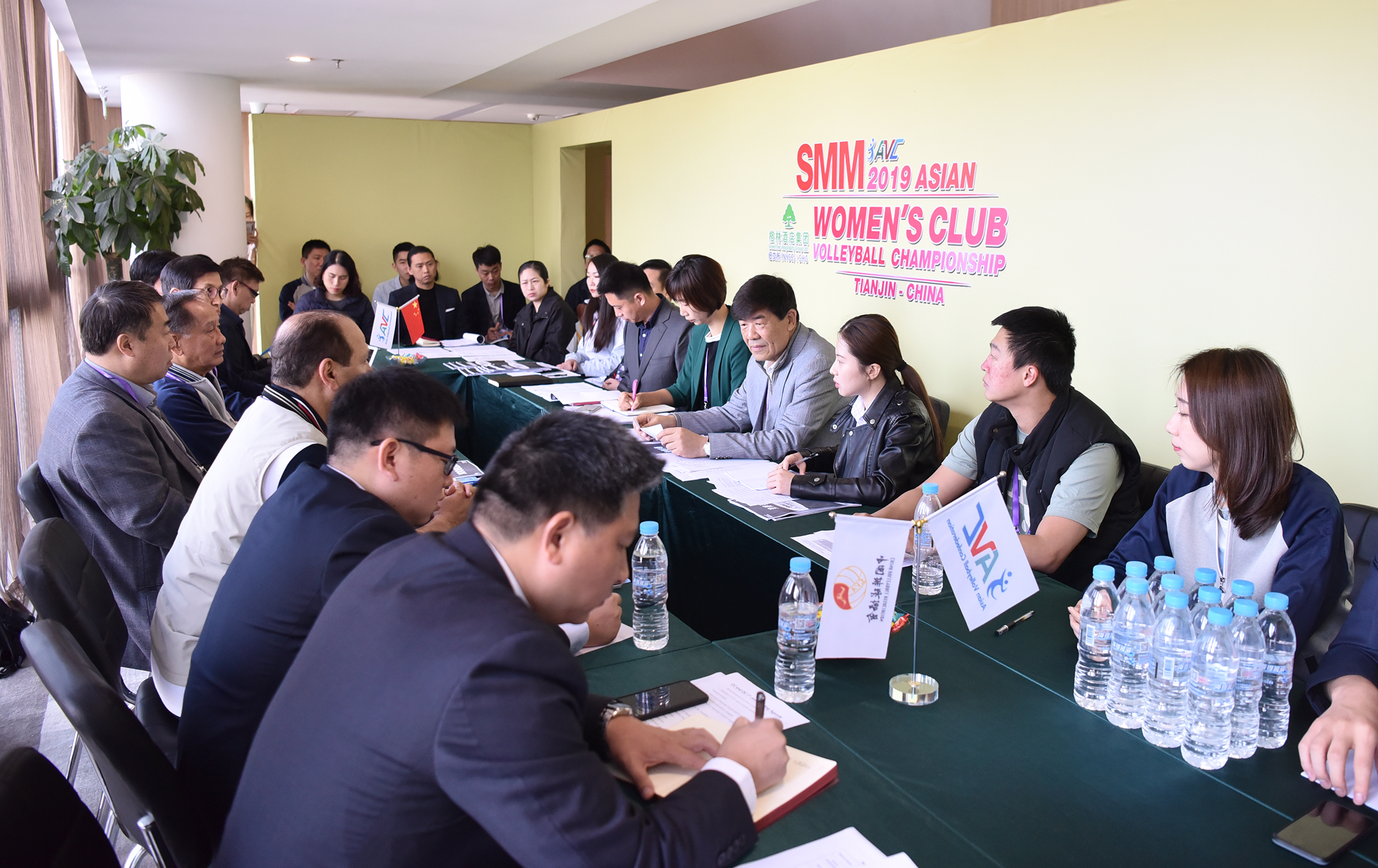 Mr Shanrit Wongprasert, himself AVC Vice President and Secretary General, conveyed the gratitude from AVC President Dr. Saleh A. Bin Nasser to China Volleyball Association and Tianjin City for hosting this top-flight competition. He stressed that the Control Committee is here not to control but to cooperate to present a successful event.

Ms Li Shan, Director of Tianjin Volleyball Administrative Center and Secretary General of Organizing Committee, expressed the warmest welcome to all the Control Committee members before introducing the preparation work from the aspects of venue, accommodation, transportation, promotion, etc. 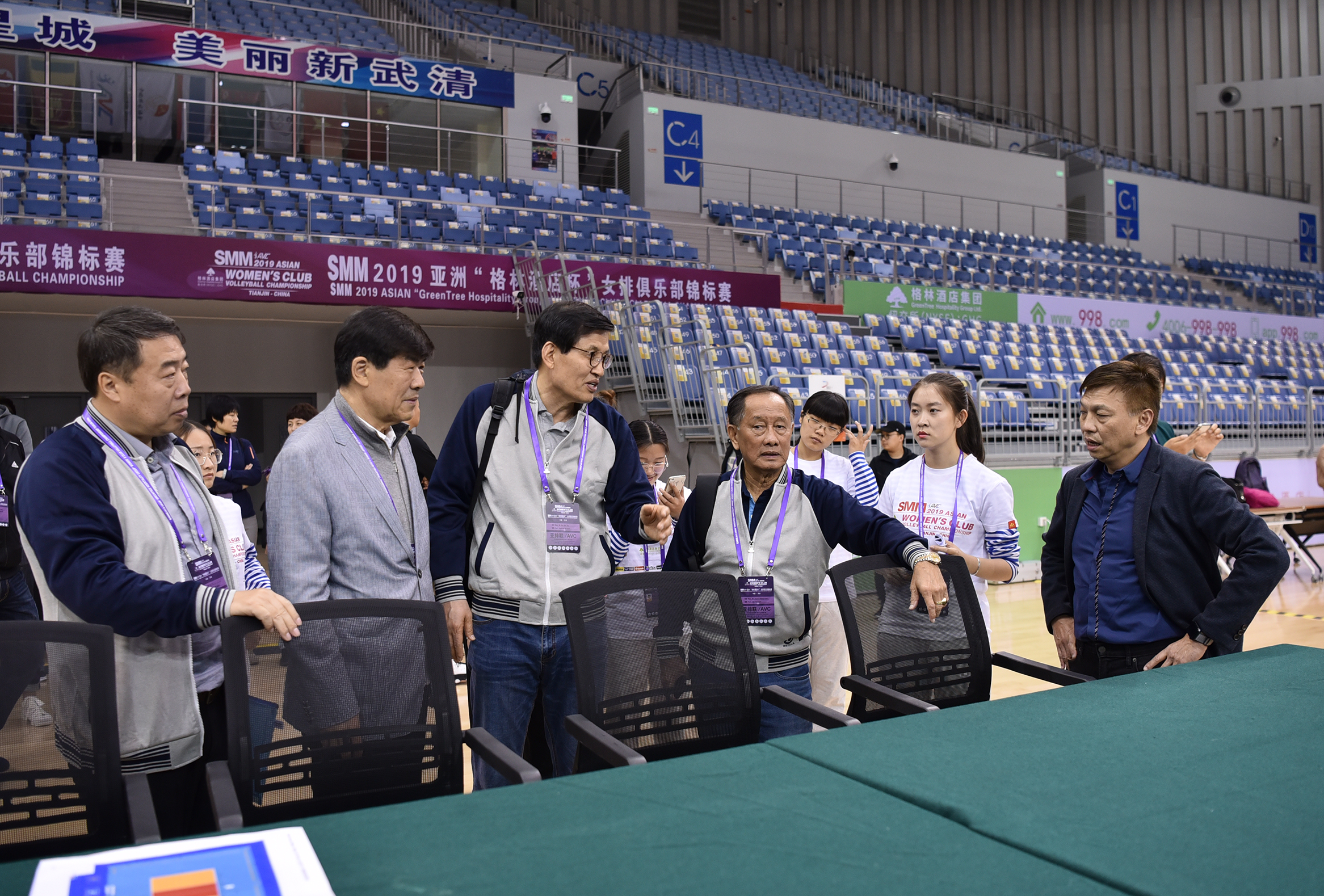 After that, a venue inspection has been made at the Wuqing Sports Center, which is a new gymnasium coming into service in 2017 with the seating capacity of 5,500.

According to the activities schedule, the team preliminary inquiry was held on Thursday evening except team Hong Kong China as they were to arrive late at midnight. The Referee and VIS Clinic (Practice) as well as the final venue inspection will take place on Friday, while the General Technical Meeting, the Pre-match Press Conference and the Welcome Dinner will be held later on the same day. 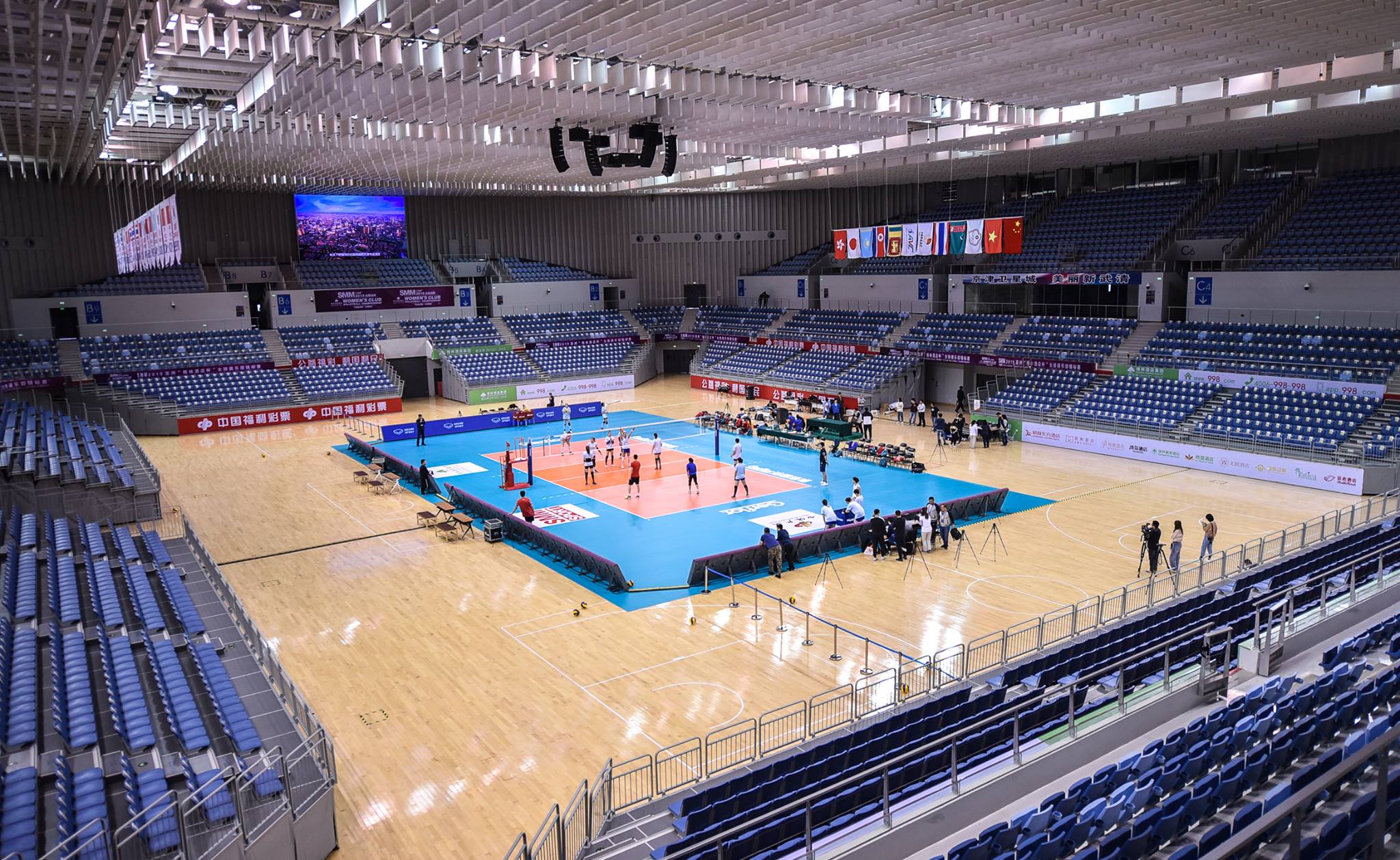 Tianjin, neighboring China’s capital city of Beijing, is a coastal metropolis in northern China and one of the four municipalities under the direct administration of central government of China, with over 15 million of the population. Tianjin is also known as “City of Volleyball” as Tianjin Women’s Volleyball Team has been always a powerhouse in China, winning 4-time champions at Asian Club Championships, 11-time National League titles and 3-time National Games titles.