Bangkok, Thailand, November 18, 2022 – In-form Jordan turned a tough nut to crack in the 1st West Asia Women’s Volleyball Championship in Amman as the host side cruised past Qatar in straight sets in their Pool B clash on Thursday. 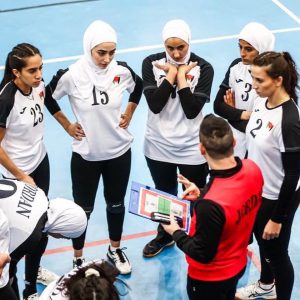 Jordan had already captured the first two wins against Oman and the United Arab Emirates with the similar 3-0 margin and continued their unbeaten streak in the inaugural 10-day competition on Thursday to demolish the Qataris 25-22, 25-7, 25-20 for three wins on the trot. 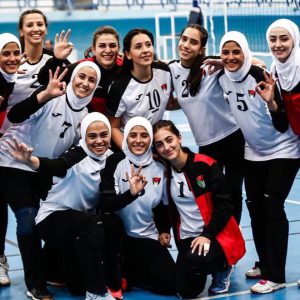 Kuwait also sealed their win on Thursday after powering past Oman in a lop-sided battle 25-5, 25-15, 25-10 for two wins in succession in Pool B, 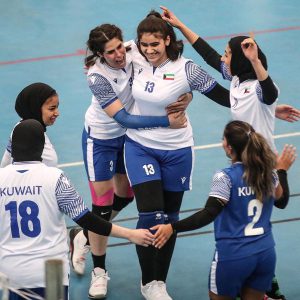 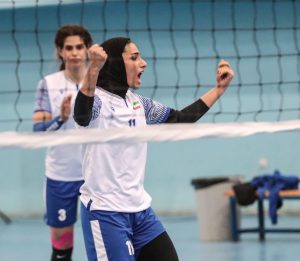 In Pool A, Syria, fresh from crushing Palestine in straight sets the previous day, came up with good form to notch their second win on Thursday  after pulling off an impressive 25-13, 25-22, 25-13 triumph against unfancied Saudi Arabia to remain unbeaten. 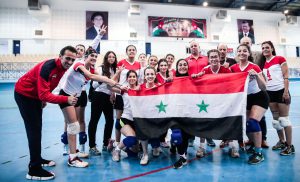 Iraq, which went down to Lebanon in straight sets on Tuesday, regained the lost pride to outplay Palestine in comfortable straight sets 25-4, 25-14, 25-11. 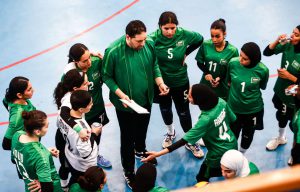 After the first three days in the pool round-robin preliminaries, Iraq, Syria and Lebanon collected 6 points apiece in Pool A. However, Syria and Lebanon had two wins without dropping a set to their respective rivals, but Iraq had already played three matches with two wins against one loss. Palestine lost them all in three matches and Saudi Arabia succumbed in two successive defeat. Hosts Jordan lead the charge in Pool B with a perfect sweep of three wins and 9 points. Kuwait had two wins to come in second place. The UAE won one out of two matches contested, with Qatar and Oman going down in three and two encounters respectively.

The pool play continues through Saturday, with Sunday being a rest day for recovery of all participating teams. 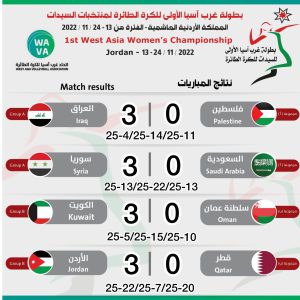 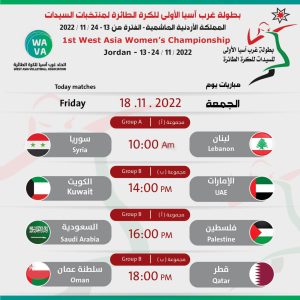