Bangkok, Thailand, March 19, 2021 – Volleyball has become quite popular in Kazakhstan, where it benefits from enhanced sports facilities, strengthened volleyball-governing body and most importantly, growth in grassroots volleyball participation.

The National League is the top-level professional volleyball league for both men and women in Kazakhstan. The League currently consists of 16 member clubs, namely Zhetysu, Irtish, Kuanish, Almaty, Altay, Altay-2, Astana and Karaganda in the women’s category, with Burevestnik, Atyrau, Pavlodar, Yessil SK, Altay, Mangystau, Taraz and Ushkin-Kokshetau in the men’s competition. Currently Altay dominated the women’s event, while Burevestnik claimed the top spot in the men’s competition.

Regarding the 2019 Beach Volleyball Championships, Zhetysu captured the women’s crown, while the men’s title went to Burevestnik-1.

With several competitions being held as grassroots events across the country, volleyball has significantly been increasing in popularity in Kazakhstan and that’s reason why Kazakhstan is developing into one of the major forces in Asian volleyball and a consistent participant in the international stage.

Kazakhstan women’s national team had already taken part in almost all major competitions including the Olympic Games, which they finished 9th in 2008 in Beijing, four World Championships, the Asian Games, which they returned with bronze medal in 2010 in China, AVC Cup for Women, Asian Championship and FIVB World Grand Prix. 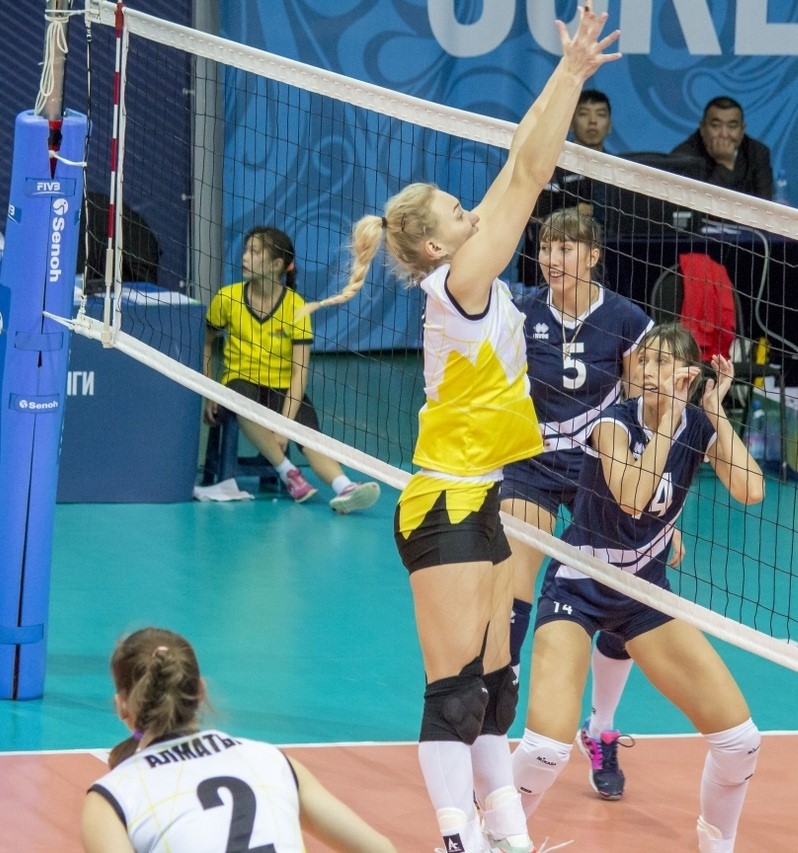 For the Kazakhstan men’s squad, they also made their mark in Asian competitions after snatching silver medal in the 2017 Asian Championship in Indonesia and third place in the AVC Cup for Men in 2014. Kazakhstan also tested their mettle in the FIVB World League and World Championship.