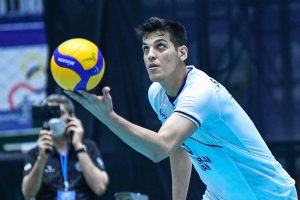 With two wins in succession, the Iran’s Premier League champions Sirjan Foulad Iranian were riding the crest of confidence wave in this highly-anticipated clash against the 2012 Asian Club winners Al-Arabi from Qatar, which also hogged the limelight following their two straight wins. 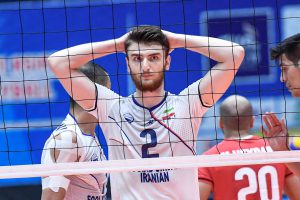 It was a battle between the top two teams in Pool B, coming in to this penultimate day of the pool round-robin preliminaries, and it certainly lived up to their billing with the lead fluctuating throughout and neither outfit really ever dominating in the first two sets. 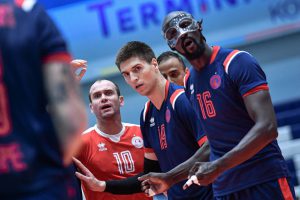 Al-Arabi Sports Club were fighting in all moments of the match trying to take advantage of the opponents’ mistakes, but they failed to make their mark with their own games riddled with unforced mistakes. Their form in the third and fourth sets was a far cry from what they had done in the previous matches in which they defensively and offensively took control of the match against the rivals. 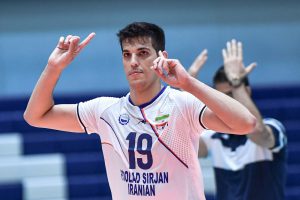 Sirjan Foulad Iranan captured the first set for good 25-23, but went down in the same fashion 22-25 in the second set. The following two sets turned out to be one-way traffic as despite a gallant fightback from Al-Arabi, the Iranian side remained firm and comfortably saw off the spirited rivals 25-16, 25-18 for the eventual 3-1 victory. 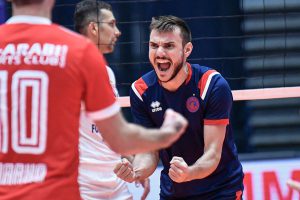 With only one match remaining for each participating team, Sirjan Foulad Iranian had 9 points from three straight wins to capture the top spot in Pool B, with Al-Arabi Sports Club trailing in second place with 6 points from two wins against one loss.  Sirjan Foulad Iranian are due to take on Thailand’s Diamond Food in their last Pool B match on Tuesday, while Al-Arabi will AGMK of Uzbekistan. 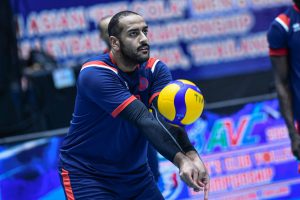 “We enter the tournament as the Iran’s Premier League champions. The match against Al-Arabi was the most important game of this round for us. I am happy that we won today. The Iranian players performed very well. I hope we will leave the tournament with the same result in happiness and take the trophy home,” commented Sirjan captain, Alireza Behbodi. 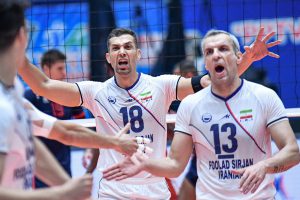