Lausanne, Switzerland, May 21, 2020 – Korea superstar Kim Yeon Koung has taken to YouTube again to present her own personal take on an animated clip of the highly popular Haikyu!!, as she explores the actions featured and explains how things would work in real-life volleyball.

The 32-year-old outside hitter, MVP of the London 2012 Olympic Games amongst numerous other individual and team awards, is highly active on YouTube, producing and posting some incredible content. Kim is also a member of the FIVB Athletes Commission.

In a recent YouTube video which is rapidly approaching almost three million views, Kim reviews a Haikyu!! clip and explains in detail how the actions of the characters in the series reflect actual volleyball on the court from the perspective of her own vast experience.

Starting out as a manga series in Japan and now running into dozens of volumes, the volleyball-themed Haikyu!! was later developed into an animated format that is enjoyed by fans globally.

2020 AVC CHAMPIONSHIPS LIKELY TO GO AHEAD DESPITE COVID19 FEARS 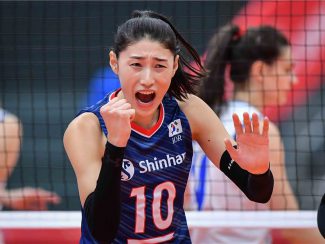