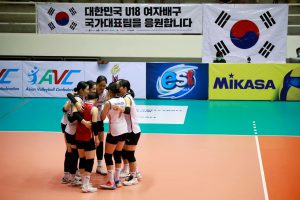 Against the formidable Koreans, Thailand, cheered lustily by home fans inside the competition site, got off to a brilliant start to win the comfortable first set 25-17. However, Shin Eunji and Kim Sabeen brought Korea back on track, utilizing their exceptional spikes and blocks to help their team take the lead with five-point clear at 15-10 before winning the one-sided second set 25-14. 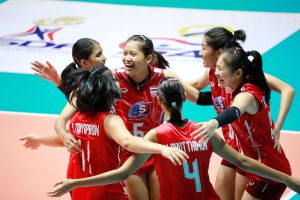 The third set was more thrilling when both sides exchanged attacks, which saw the lead change hands for a while. Levelling 12-12, Thailand kept their rhythm and remained solid defensively. Korea fought back hard, but still found Thailand a tough nut to crack and surrendered to the strong rivals 23-25. 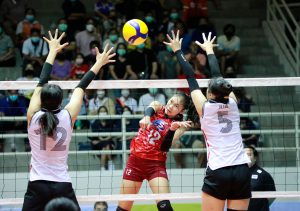 The Koreans were not willing to give up easily as they went back to the competition court with better strategy. With head coach Yoon Hee Chang giving her players a tip to play the host side, Korea found their touch and put up a good fight to claim an easy win in the fourth set 25-11. 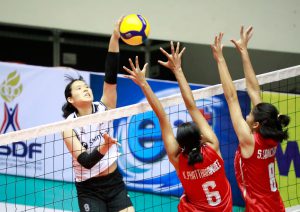 In the decider, Kim Sabeen had some good shots and the team’s efficient blocks also worked out pretty well. Korea led from start to finish to capture the set 15-9, match and bronze medal. This is another successful step better than the fourth place they had achieved at the previous episode in 2018 at the same competition venue here, leaving the home side to end in fourth position. 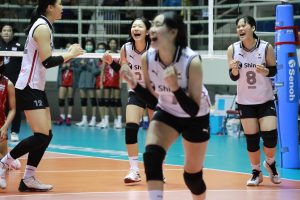 Thailand and South Korea had battled it out for bronze medal for four times in the Asian Women’s U18 Championship. Thailand saw off the Koreans to pick up bronze medal in 2008, 2010 and 2018, while Korea beat Thailand just once in 2017 to return with bronze medal. 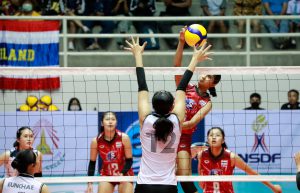