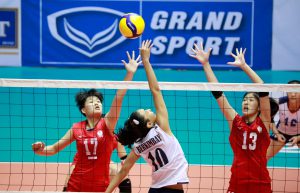 Chinese Taipei, which beat Kazakhstan 3-1 in Pool A earlier, played a rematch with the same rivals in the 5th-6th playoff on Monday. 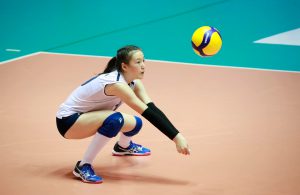 Chinese Taipei got off to a flying start to take the first set 25-19. After that, they continued their blistering run of points through the powerful cross-court attacks from Lin Liang-tai and Chen Ssu-yu, who spearheaded the team to the sensational 25-13 win in the comfortable second set. 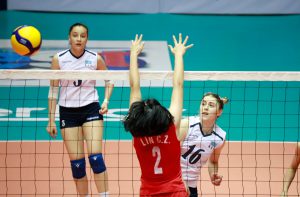 As Kazakhstan came up with clear improvement in the third set, Chinese Taipei remained in superb form, counter-attacking well to blunt the formidable rivals’ efforts for the third-set win 25-17 and fifth place in this topnotch competition. 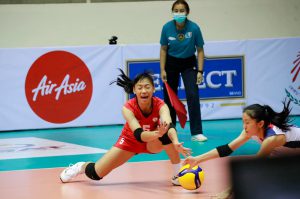 Chinese Taipei had a good run in the 14th edition following a 5-2 win/loss record including wins over Philippines, India, Kazakhstan (twice), and Uzbekistan. They succumbed to two disappointing 0-3 losses to the two finalists Japan and China. 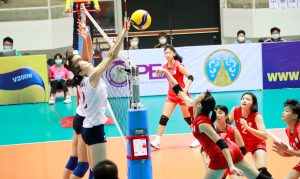 Kazakhstan left the venue in 6th place with three wins against four losses including two to Chinese Taipei.

Chinese Taipei head coach Chen Mei-Ching commented after the match, “Today, we won the game and it’s our last win in this championship. Thank you very much to all AVC staff for their help and contribution so that the players can play and learn on the international stage.” 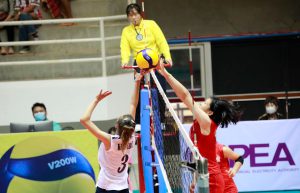