Beach volleyball back at Glenelg Beach

Last weekend saw the return of competition as some of Australia’s top teams took to the sand at the South Australian Open at Glenelg, ahead of the beginning of the Australian Beach Volleyball Tour 2021-21 at the Cobram-Barooga Classic on January 22.

The women’s tournament was won by Olympians Nikki Laird and Becchara Palmer, who were unbeaten throughout the competition and went on to claim the title without dropping a set. The Australian national team based in Adelaide put on a dominant display on home sand against Victorian pairing Alexandra Friedrich and Anna Donlan to win 2-0 (21-12, 21-13). 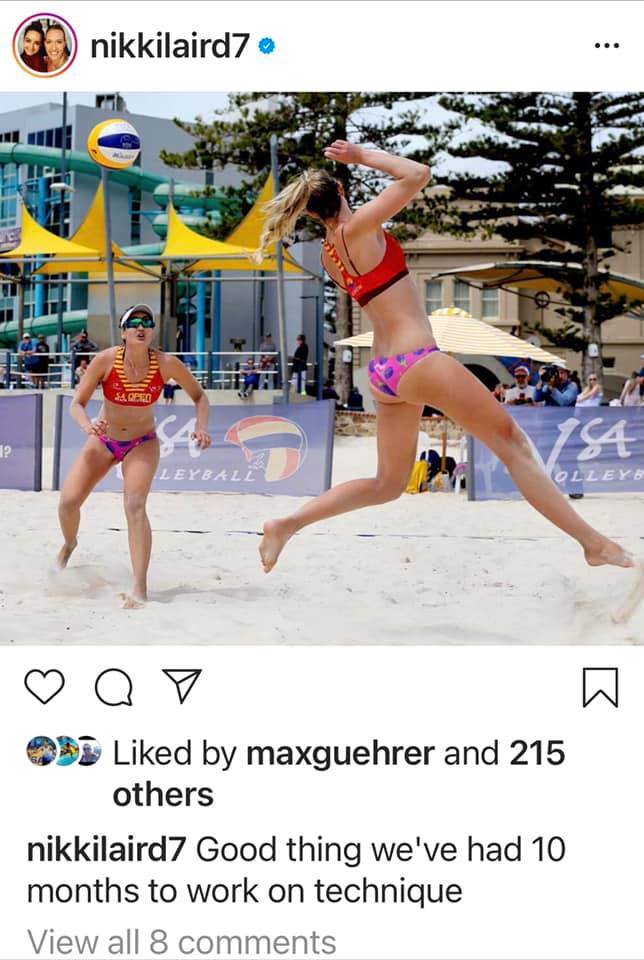 Palmer and Laird teamed up in 2019 in pursuit of a place at the Tokyo Olympics. Palmer, 32, represented Australia at 2012 with Louise Bawden and was delighted with the team’s performance in front of friends and family as they build towards competing internationally again in the future.

“It feels really good to compete again. Our last tournament was in Coolangatta 10 months ago! We have been working hard on our physicality as athletes and building our game style into something that we’re really excited about taking on to the World Tour!

“Glenelg is our home beach, so having our people all around the court is always really special.”

Laird, 27, competed at Rio with Mariafe Artacho Del Solar and has her sights on a second Olympic Qualification.

“We are stoked to be back on the sand and competing. It’s been a long time between competitive opportunities for us and we have made some significant progress as a team within the last 10 months of training, which we are excited to demonstrate in competition. The Olympics are on the horizon for the second time, but we are a much better team than this time last year. So we are looking forward to what the rest of the year has to offer.” 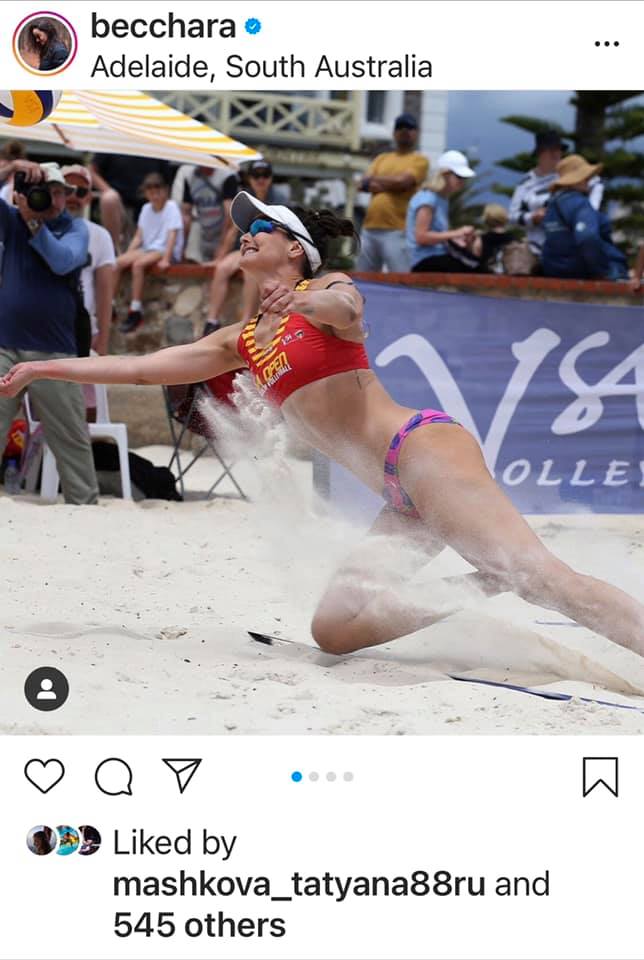 In the men’s competition, Max Guehrer and Zach Schubert claimed their first title as a pairing as they beat the Commonwealth Games gold medallists Damien Schumann and Chris McHugh in a tight three setter. The younger pairing won 16-14 in the third set.

It was a second win in consecutive years for Guehrer, who won last year’s event with Schumann. Guehrer and Schubert teamed up in 2019 and took a ninth in their first ever FIVB 4* event together in Espinho. The team seem to have gained confidence during the break in competition.

“It was amazing finally being able to compete again after 10 months without competition. Having Zach behind me gives me heaps of confidence to do my thing at the net: make big blocking moves knowing that he will be behind me getting everything I don’t.

Zach also was attacking like a machine all weekend which of course makes my job easier.” 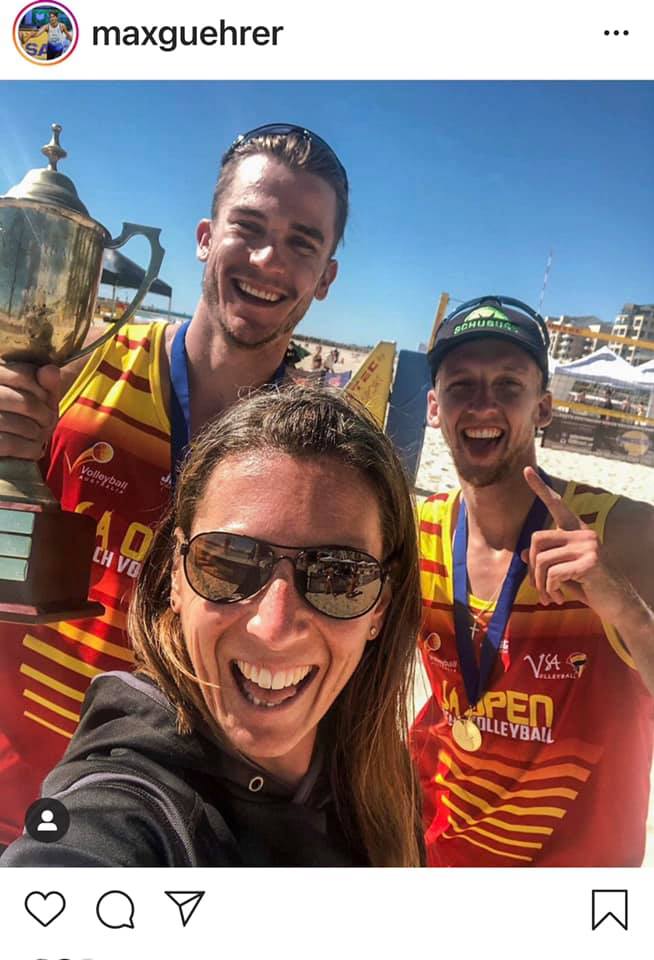 Both teams are coached by former Netherlands national team coach Margo Wiltens. Wiltens’ task is to try and qualify both teams for the Olympics in Tokyo.

She was appointed by Volleyball Australia to work with Guehrer and Schubert in 2020 but was chosen by Palmer and Laird at the beginning of 2020 to lead their team too. Wiltens was upbeat about her teams’ performances and happy to open up about ‘Covid-safe’ life in Australia.

“Regardless of the win of both teams this weekend, more important was the opportunity to compete again.

We have been living a Covid-safe life in Australia which allowed us to train and work under decent circumstances. However, being secluded from the rest of the world comes with costs. The coaches have cooperated to protect a competitive environment in the two beach volleyball hubs Adelaide and Brisbane. Obviously, together with my teams we have identified our style and relationship. Every win and loss counts.

Winning for your home crowd, beating your teammates, and direct opponents, is always big. Especially when you’re the ‘youngster team’. 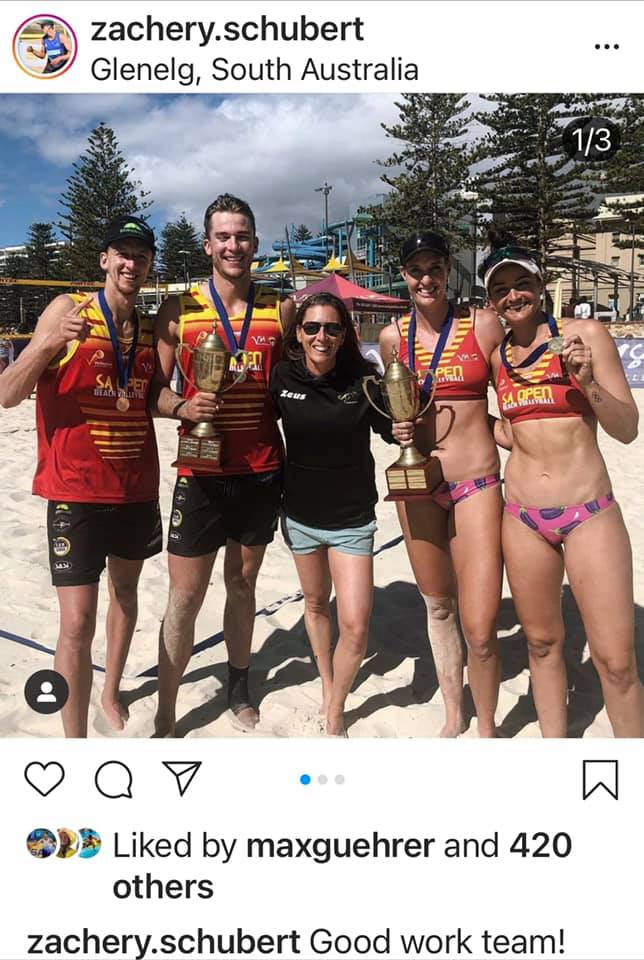 “The dynamic amongst Nicole, Becchara and myself seems to be an organic one. The girls are the only ones living in Adelaide whereas the other women are based in Brisbane. We choose to do it ‘our way’ and are supported in that by Volleyball Australia. Unique and for the greater mission at stake, qualification for the Games.”

The Australian Beach Tour starts next weekend at Cobram’s Thomson Beach and with record entries, very tight Covid protocols and the Sunday finals on free to air television, the Australians are happy to have their sport back. 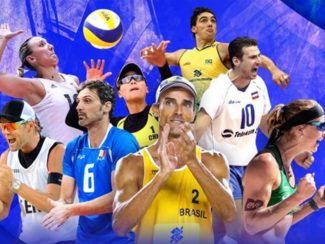 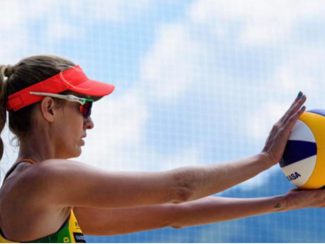 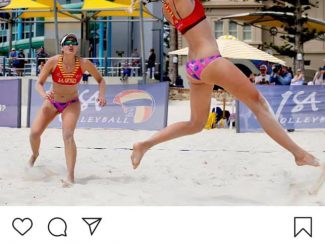 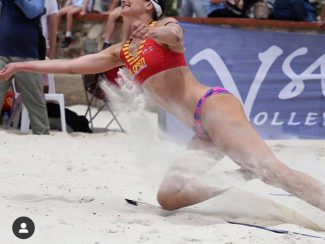 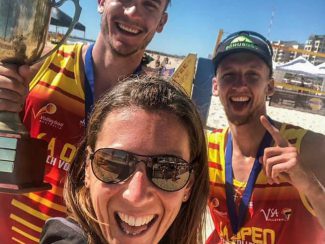 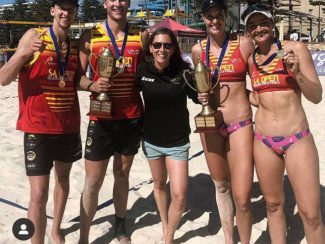