LOZANO: THE VICTORY IS IMPORTANT FOR OUR NEXT TWO MATCHES Finland captain Tervaportti Eemi: “Of course the first feeling is disappointment. We came here to win this game and we did not do that, so we cannot be happy. Anyway, tomorrow is a new day. We need to focus to that game.”

China captain Ji Daoshuai: “It is the first match for China and Finland and both teams were nervous more or less. I thinks it is normal for us as most players of China are young with less experience of such major competition. However, after the first two sets, we got used to the rhythm and we could reversed the disadvantage. Tomorrow we have to be more concentrated and reduce our errors.”

“We had a full reparation for the difficulties today. But we still made some mistakes in counterattacking, blocking and especially in some key points. We have to fix the problem and keep improving in the next two matches because Canada and Argentina are very strong and skilful in details. I am happy and excited to win the match on such a special day, however we should not get overexcited as we have two tougher games to play.” said Jiang Chuan, the top scorer of the match with 25 points on his 25-year-old birthday.

Finland coach Banks Joel: “Like my captain said, we came here to win the match against China, the weaker team compared to Argentina and Canada. Obviously, we are disappointed as we did not get the victory. I think in many ways, both teams were quite close, but my team clearly did not know how to win. Especially, when we had advantage, they did not know how to finish. So I would like to congratulate coach Lozano and team China for a good 3-1 victory. It is a disappointment but there were also some positive things from our perspective.”

China coach Raul Lozano Lucio: “First of all, I am glad that we won the match today, because this is our first match in the qualification round and this victory is important for our next two matches. We were in difficulties for a while because our players were nervous. But I am gratified to see our players adjust themselves well. Now we have taken the first step, and next we have to make a good preparation for the next match against Canada.” 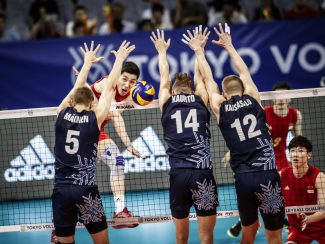 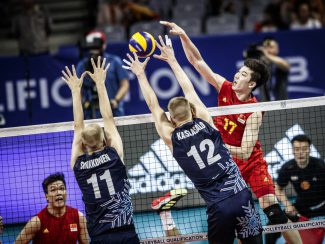