Lausanne, Switzerland, November 28, 2019 – Qatar’s Al-Rayyan are one of the four teams set to take part in the upcoming men’s 2019 FIVB Volleyball Club World Championship to be held in Betim, Brazil from December 3 through 8 and their players, including international stars Marco Ferreira and Marko Vukasinovic, are excited about this opportunity to measure up against the best in the world.

“It is a big honour for us to be part of this big tournament and to be among the four clubs that will fight to be the best in the world for 2019,” Montenegrin international Marko Vukasinovic, one of the three foreigners on Al-Rayyan’s roster, told fivb.com. “We are excited and ready to show our best.” 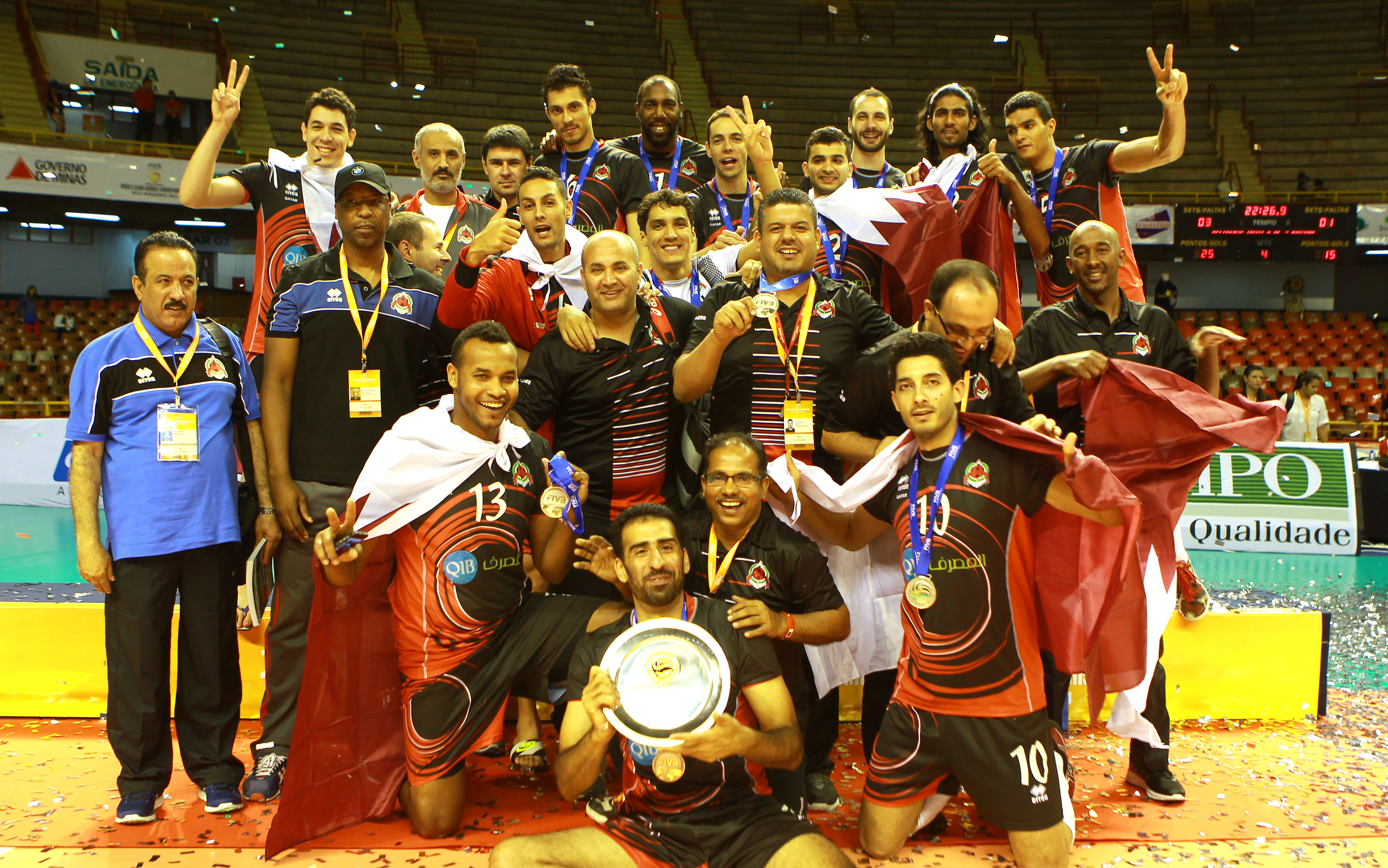 This is the third time the Qatari team will appear at the Club World Championships. In their debut, at the 2012 edition at home in Qatar, Al-Rayyan finished fifth. However, two years later, at Belo Horizonte 2014, they made it all the way to the final and claimed the silver medals.

Al-Rayyan qualified for the 2019 Club World Championship as a representative of the Asian confederation after earning bronze at the 2019 AVC Club Championship in April. For the new season, their Brazilian coach Carlos Eduardo has kept nine of the players who were on his roster at the continental tournament. In addition to Vukasinovic, they include Brazilian talent Marcus Vinicius de Souza Costa and Qataris Ahmed Noaman, Ali Bairami, Belal Abunabot, Birama Faye, Milos Stevanovic, Mohamedamine Ouertani and Suliman Saeed Saad.

Two of these players have experience from the team’s previous two Club World Championship appearances. Suliman Saeed Saad was on the 2012 squad, while Ali Bairami was among the 2014 silver medallists. Another Qatari volleyballer, 28-year-old Dahi Waleed Mubarak was on both line-ups.

Up-and-coming Luxembourgish opposite Kamil Rychlicki, who was also on Al-Rayyan’s roster at the Asian Club Championship, has transferred to Italy’s Cucine Lube Civitanova and will, in fact, play against his former club at Betim 2019, but he has been replaced by experienced 32-year-old Portuguese international Marco Ferreira.

“We are very happy and excited to play at the Club World Championship, and we see it as a big opportunity for everyone,” Ferreira said. “Our goal is to enjoy every game as much as we can and obviously give the best of each one of us.”

In addition to their continental bronze, Al-Rayyan finished the last season in Qatar’s domestic league with the silver medals and advanced to the 2019 Arab Club Championship, where they managed to defend their title from 2018. In 2019, Al-Rayyan snatched three big domestic trophies as well – the Qatar Cup in April, the Emir Cup in May and the Qatar Super Cup in early November. In the new season of the Qatari league, coach Eduardo’s team have played four matches, winning two and losing two, and are currently ranked fifth on seven points.

“We are having some injury problems and a couple of our key players may miss the Club World Championship because of that. But with or without them, we have to give our best in all games,” 26-year-old outside spiker Marko Vukasinovic added. “We will be underdogs, but we see it as a positive thing. We have nothing to lose against these world-class giants, but on the other hand, if we show our best, we can win a lot.”

Al-Rayyan will start their Club World Championship campaign in Betim against European champions Cucine Lube Civitanova on December 3. On the following day, they will face another European giant, Zenit Kazan of Russia, and will complete round robin play with a game against hosts and South American club champions Sada Cruzeiro of Brazil on December 5. 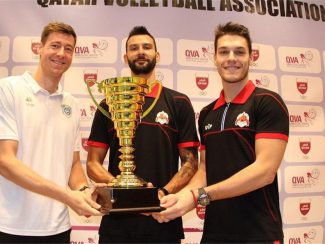