Doha, Qatar, October 13, 2019 – Maximilian Guehrer, the 23-year-old Australian beach volleyballer, is one of the athletes at the 2019 ANOC World Beach Games in Doha with some previous experience in the four-a-side version of the sport. He was one of the players who took part in the test matches the FIVB ran at the three-star Sydney stop on the World Tour back in March.

Having played at four age-group youth World Championships and for almost two years on the FIVB World Tour (already with one bronze medal to his name), Max Guehrer ventured into analysing and comparing the two disciplines, answering fivb.com’s questions right after Australia’s first win at Qatar 2019.

Is 4×4 what you expected and did it surprise you in any way?
Max Guehrer: No, no real surprises. Actually, half of our team helped the FIVB in Sydney when they ran a bit of a test of 4×4, so we already kind of knew what was going to happen. We had our team selected for a while and being able to change things up and run some different plays. It’s real good fun!

What are the skills 4×4 develops?
Max Guehrer: It speeds you up a bit. It’s less like two-a-side beach volleyball and more like six-a-side. So you have to work a lot harder and faster than you think, trying to get one-on-one blocks as you don’t want to hit against two. If you’ve got that drive and you are willing to work hard, it can really show in getting covers and everything like that. 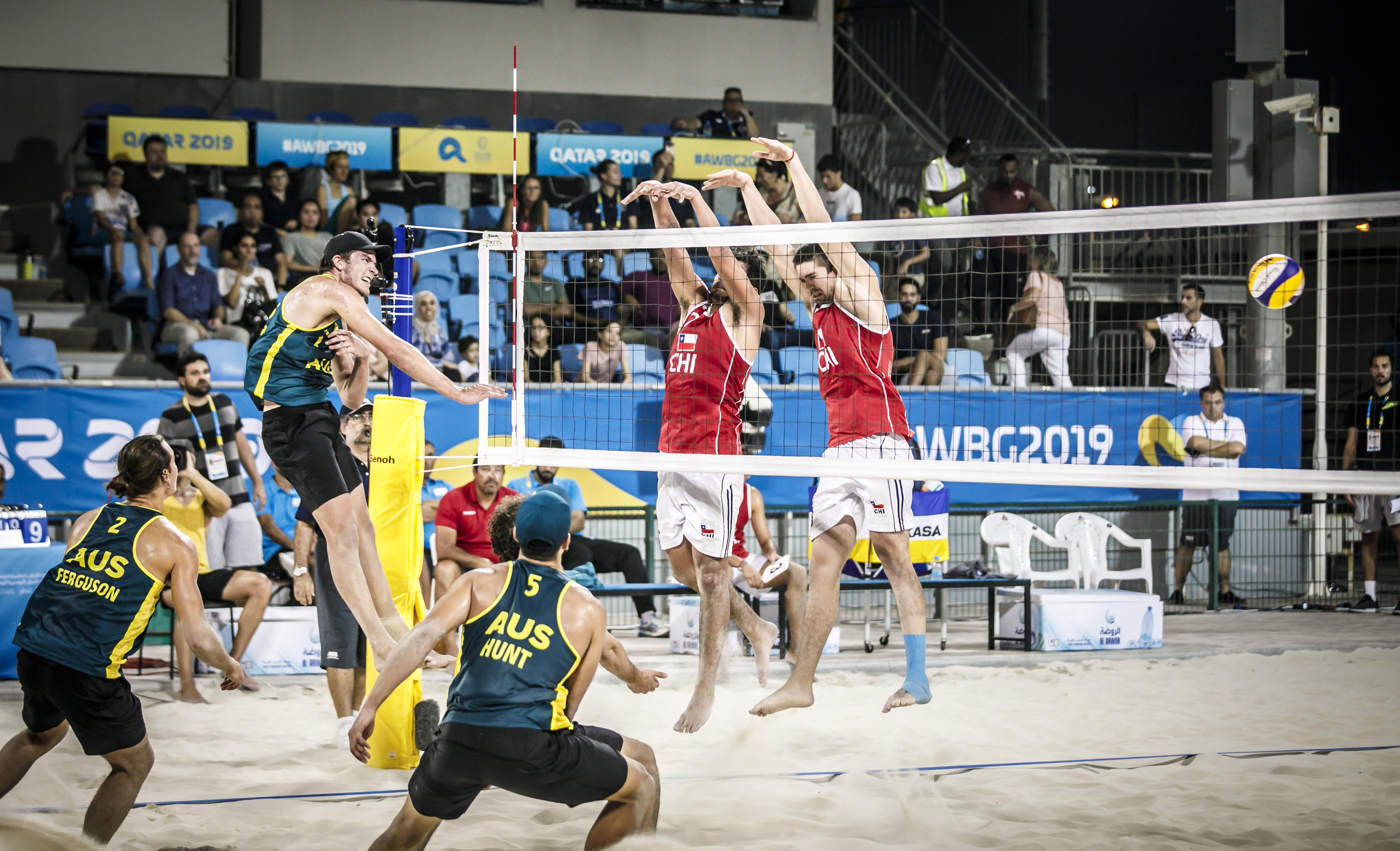 What does it feel like being part of a team of six people, rather than just of a pair?
Max Guehrer: Oh, it’s fun! It’s completely different from having just two-a-side. With two-a-side you are basically a married couple, travelling around the world, staying in the same room with each other, so usually you are a lot closer. When you have six people on your team, you still have that close friendship, but also the ability to separate if you need to. It’s just more voices getting around you – make a good play, get a good hit… Instead of having just one person cheering for you, you’ve got another five people and your coach to cheer you on as well, so you feel the love a lot.

What is the importance of being able to make substitutions?
Max Guehrer: Especially here in Qatar where it’s been warmer, we are very lucky to be able to play or not. It’s quite hot and when you have to work so hard, it’s real helpful having those two subs to come on. So you can really just go for it, exert yourself and really get puffing, knowing that someone is ready to come on, step in and let you catch your breath. There is no chance that you’re going to take it easy and preserve yourself. 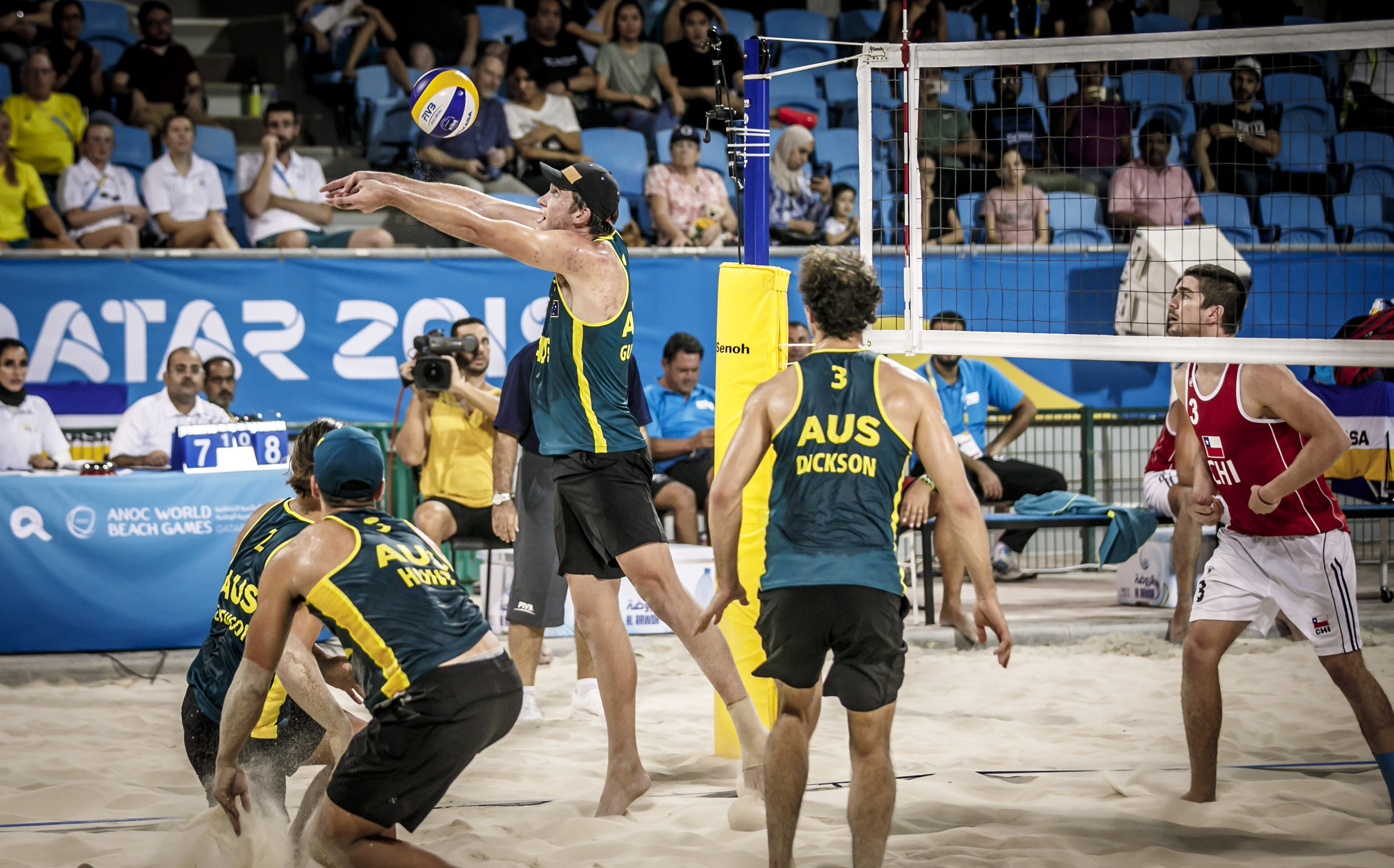 So if you had to pick just one – 2×2 or 4×4 – which would it be?
Max Guehrer: Oh, I still love my two-on-two, that connection you have with that one other guy – it’s you and him against the world. But, as I said, the four-a-side is a lot different of a game. It’s very exciting. The crowd gets around it a lot, so it’s great.

Would you like to add anything else?
Max Guehrer: Yes. Good job, Qatar, in setting up the event in less than three months! The tournament has been great so far. If we have any problems, they fix them straight away. It’s good! 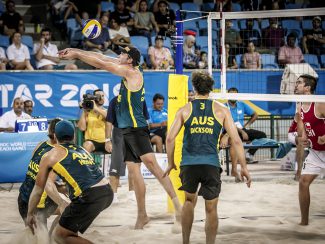 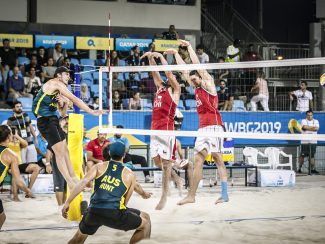 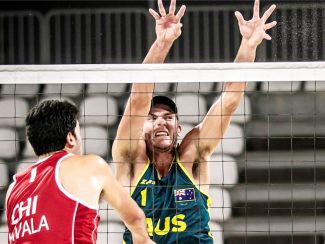