Langkawi, Malaysia, March 14, 2020 – For the first-time in FIVB World Tour history, a men’s and a women’s team from Chinese Taipei will compete at the same time in an international beach volleyball final four on the same day. 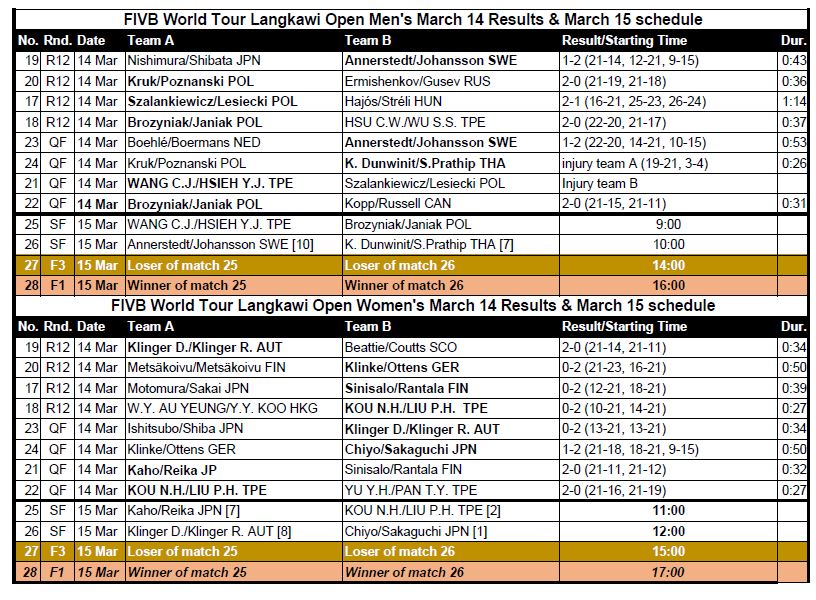 The men’s team of Ya-Jen Hsieh/Chin-Ju Wang and the women’s pair of Nai-Han Kou/Pi Hsin Liu will be playing for Chinese Taipei here Sunday in the final rounds of the US$10,000 Langkawi along with pairs from Austria, Japan, Poland, Sweden and Thailand.

The two Chinese Taipei teams are the only teams to represent their country in a World Tour semifinal as Hsieh and Wang appeared once in one in March 2019 at Visakhapatnam, India. Kou and Liu will be making their sixth appearance in an FIVB semifinals as the pair has recorded four podium placements with two gold medal finishes in July 2018 (Ulsan, Korea) and April 2019 (Satun, Thailand).

In the men’s semifinals Sunday morning, the top-seeded Hsieh and Wang play sixth-seeded Jedrzej Brozyniak/Piotr Janiak of Poland while 10th -seeded qualifiers Alexander Annerstedt/Martin Johansson of Sweden challenge seventh-seeded Dunwinit Kaewsai/Prathip Sukto of Thailand.  The Swedes will be looking for revenge as Kaewsai and Sukto defeated Annerstedt and Johansson in a three-set pool play match Friday.

Both women’s semifinals will be the second-time the two teams will meet this week. Seventh-seeded qualifiers Reika Murakami/Kaho Sakaguchi of Japan plays Kou and Liu while eighth-seeded Dorina Klinger/Ronja Klinger of Austria challenge top-seeded Yurika Sakaguchi/Chiyo Suzuki of Japan.

Yurika Sakaguchi and Suzuki, who have won 10-straight World Tour matches highlighted by a gold medal victory last Sunday in Guam, defeated the Austrians in pool play Friday as did Murakami and Kaho Sakaguchi upset victory over Kou and Liu. 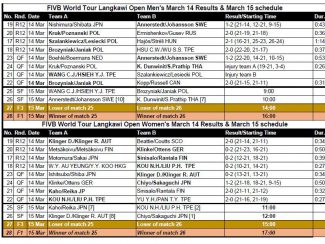 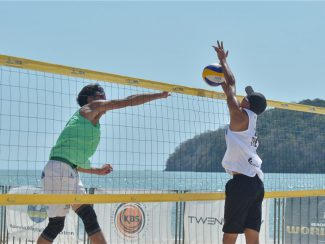