They needed to hold their nerve after trailing early in the second set. However, a combination of Bryl’s prowess at the net and Fijalek’s swift footedness at the back of the court allowed them to fight back and control the rest of the match.

“For us it wasn’t the best game of this tournament, but we are very, very, happy,” Fijalek said. “We started very nervously, but we expected that as they are young boys and have great rhythm and played well this week.

“But we are very, very happy as it is our first tournament win and I hope we keep our shape in the next tournament.”

Fijalek and Bryl teamed up at the start of 2017 and since then they have won four silvers in 2018, and one silver and two bronze in 2019.

They are currently fifth in the FIVB Olympic Rankings which means they are well on course for a place at the Tokyo 2020 Olympic Games.

Fijalek appeared alongside Mariusz Prudel at London 2012 and Rio de Janeiro 2016, but for Bryl it will be his first Olympic appearance.

“Poland are a very good team and very experienced,” Rubio said. “There is only one winner in a final, but we kept fighting to the end.

“It has gone well for our first World Tour outside Mexico. We are very pleased with how it all went here in Doha, now we want to carry on in the next tournaments.”

The pair won silver at the 2016 FIVB Beach Volleyball U16 World Championships, but since then they have competed predominantly on the NORCECA Tour in North and Central America, and the Caribbean.

They enjoyed a stellar run in Doha. After they made it through pool play and the first two knockout rounds, they defeated reigning world champions Oleg Stoyanovskiy and Viacheslav Krasilnikov of Russia before going on to knock out Brazil’s Bruno Schmidt and Evandro Goncalves who have two World Championships and one Olympic gold between them.

“It was a very intense week,” Gaxiola said. “It has been a very tiring week, but we will continue to work and push on in our next tournaments.”

Daniele Lupo and Paolo Nicolai won the bronze with a 2-0 (21-19, 21-17) victory over Brazil’s Evandro Goncalves and Bruno Schmidt.

The Italian duo travelled to Doha from a training camp in Fort Lauderdale and had shown some of their best beach volleyball until their defeat to Bryl and Fijalek in the semifinals.

“Bruno and Evandro are among the best players in the world, but today we played very well. So, I’m happy,” Lupo said.

Four years ago, Lupo and Nicolai won silver at the Rio de Janeiro 2016 Olympic Games and they have already qualified for Tokyo 2020 via the FIVB World Olympic Qualification Tournament.

Their bronze ends a barren run for the pair that stretched back to the 2018 Gstaad 5-Star where they finished third.

“It is great because it is a good start, a good first step,” Nicolai said. “We are trying to grow our game and I think in this tournament we made a good step forward.”

The men-only tournament ran from March 9-13 at Katara Cultural Village in the north of the city. It is the second of nine 4-Star events on the 2019-2020 calendar and the winners left with 800 ranking points. 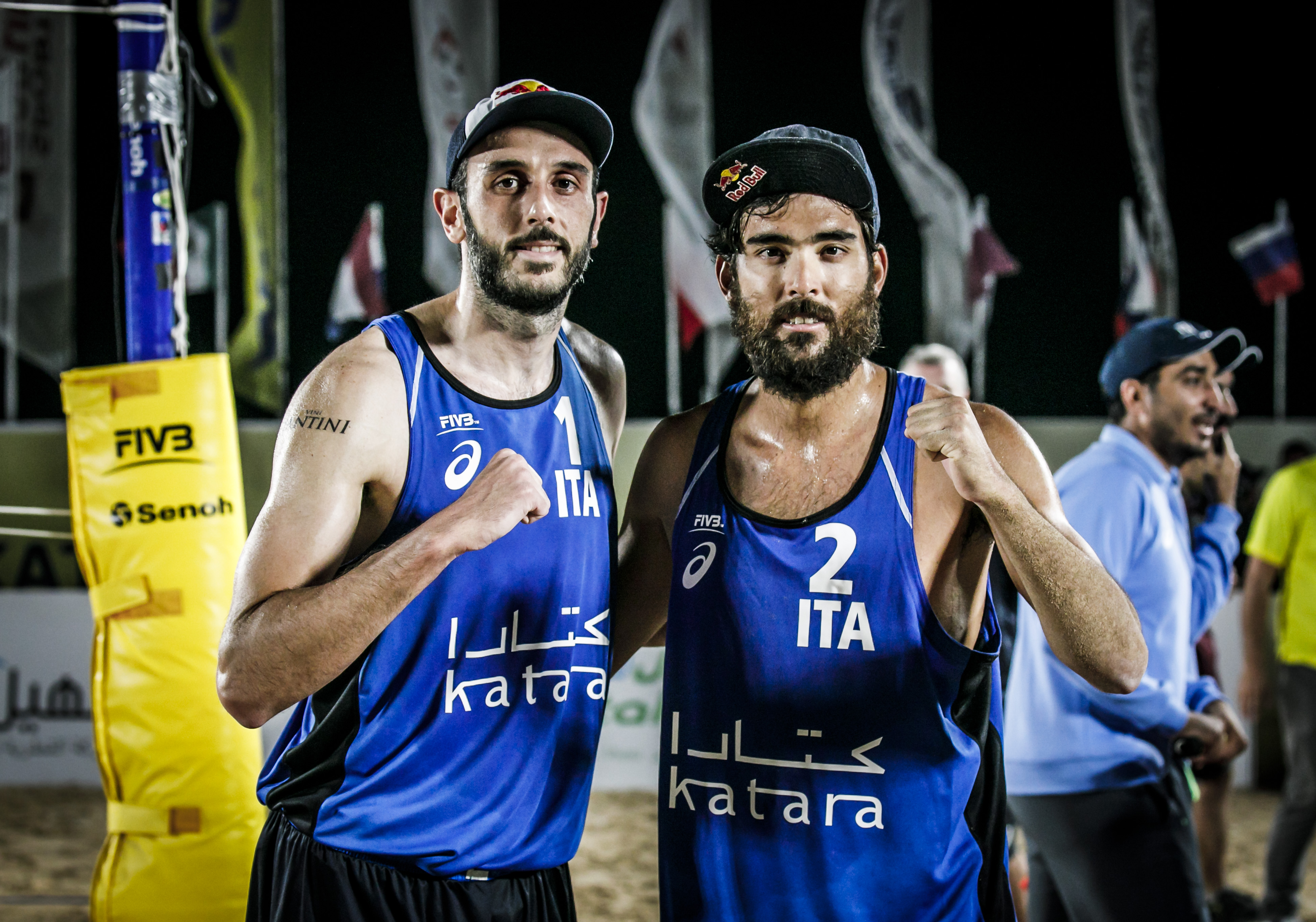 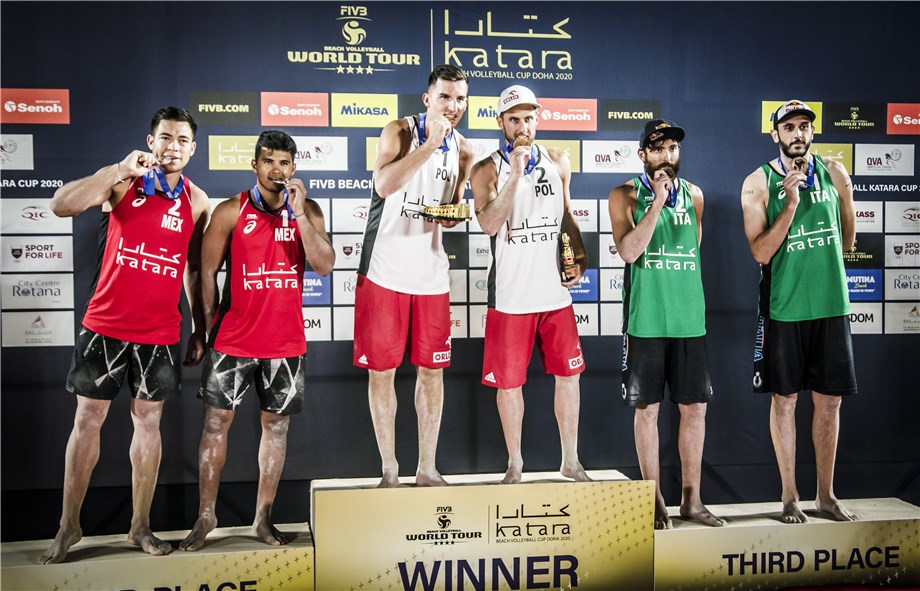 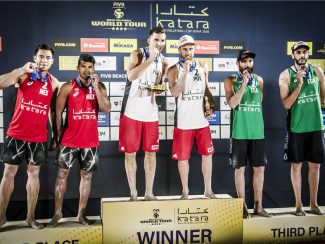 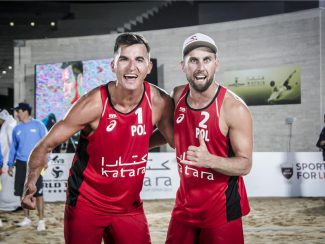