The gold for Mol/Sørum is their second in a row after taking the title in Itapema last week before making the long trip from Brazil to China.

“It’s been a really intense week, we fought through last week six games, now again we came with the jet lag all the way to China and we didn’t really expect to play well because we feel bad after a long travel. But we managed to rally and get this gold medal, it feels amazing,” said Mol.

The final in Jinjiang pitted the world number ones, Mol/Sørum against reigning world champion Evandro and reigning Olympic champion Bruno Schmidt. With Evandro and Bruno Schmidt only joining forces at the beginning of the year, the two teams had never previously met and as the rain began to fall on Yakou beach, the final got underway. 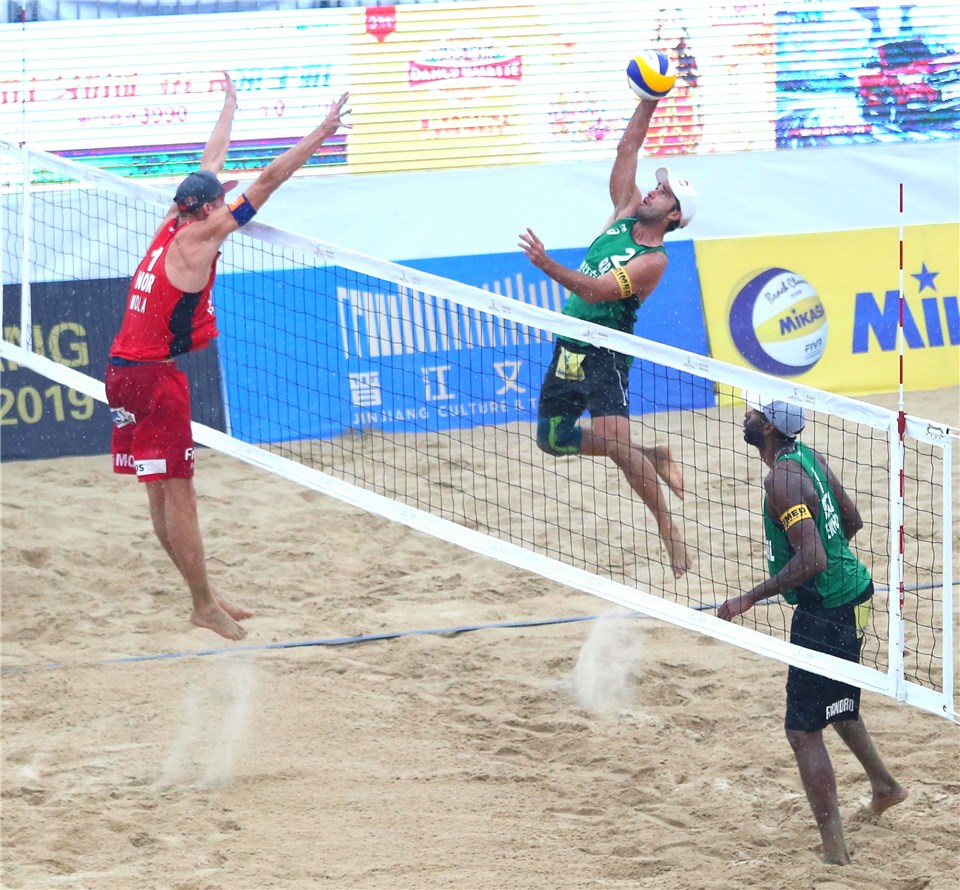 In the opening set, Evandro/Bruno Schmidt would not give the Norwegians an inch, pouncing on every ball. Mol/Sørum could not find a way to penetrate and Brazil took the lead.

The second set saw a different feeling from Mol/Sørum with the Norwegians relaxing into the game, visibly enjoying the points and sent the match into the tie-break.

In the decider it was an even start, but it was Mol/Sørum who maintained consistency in the crucial moments and take home another gold medal.

“Brazil was awesome and we came to China and fought in every match. In the final Brazil played very well, they served really strongly, Evandro, but we managed to come back in the second and third set and we’re super happy with this gold,” said Sorum. “We had a rough start on our last season in 2018, but now we have a good start of the season so we just want to maintain our good form. Now we have been playing a lot of games and that’s how we find our game and rhythm. We’re really looking forward to the rest of the season,” said Mol.

Silver for Evandro/Bruno Schmidt is their first medal as a team and marks Bruno Schmidt’s return to the podium since earning bronze with Alison Cerutti in Xiamen last year.

The bronze medal goes to Brazil’s Andre/George after they defeated USA’s Trevor Crabb and Tri Bourne, 2-0 (21-17, 21-10).  Andre and George are a new pairing for the new season and the medal is their first are a team.

“We’re very happy, it’s our first medal. We have only played a few tournaments together. We are a young team, so we’re really happy,” said George. 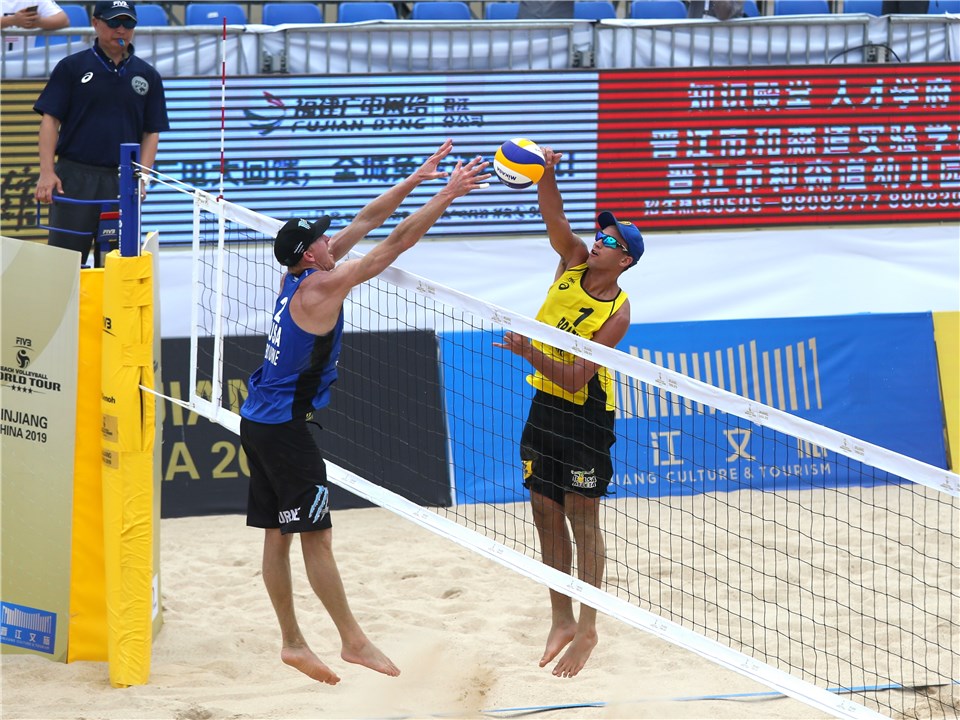 The bronze medal match began evenly with Brazil retrieving balls from every corner of the court. Crabb utilised the tip over the net to secure USA a number of points, but Andre and George began to move further ahead and closed the first set.

In the second, Crabb/Bourne had trouble defending the strong Brazilian attacks and a run of USA errors gave them additional work to do. With the Brazilians now too far ahead, the bronze medal was theirs.

“It was a tough match, they are a really good team on the World Tour. There are no weak teams, especially in the finals so we needed to play our best and I think we did that very well today, so the outcome was the victory,” said George. Andre and George play in only their fourth tournament together with the previous three ending with a ninth place finish.

“For us we are getting better as a team, we are getting tighter and stronger and this means a lot because we know we are in the right spot,” said George.

The final four finish for Crabb and Bourne is their best result together this year, but Crabb did not quite reach it to this year’s podium after winning gold in the Jinjiang 2-Star last year with former partner John Mayer. 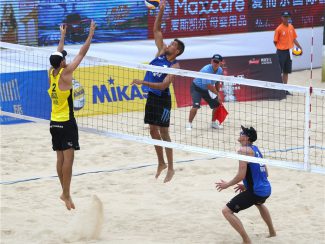 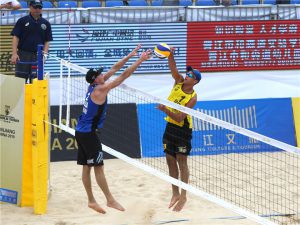 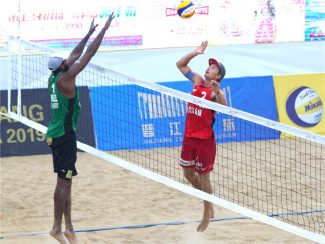 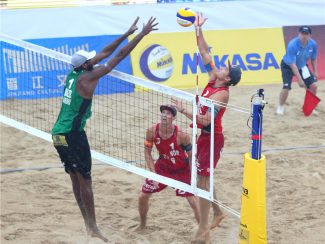