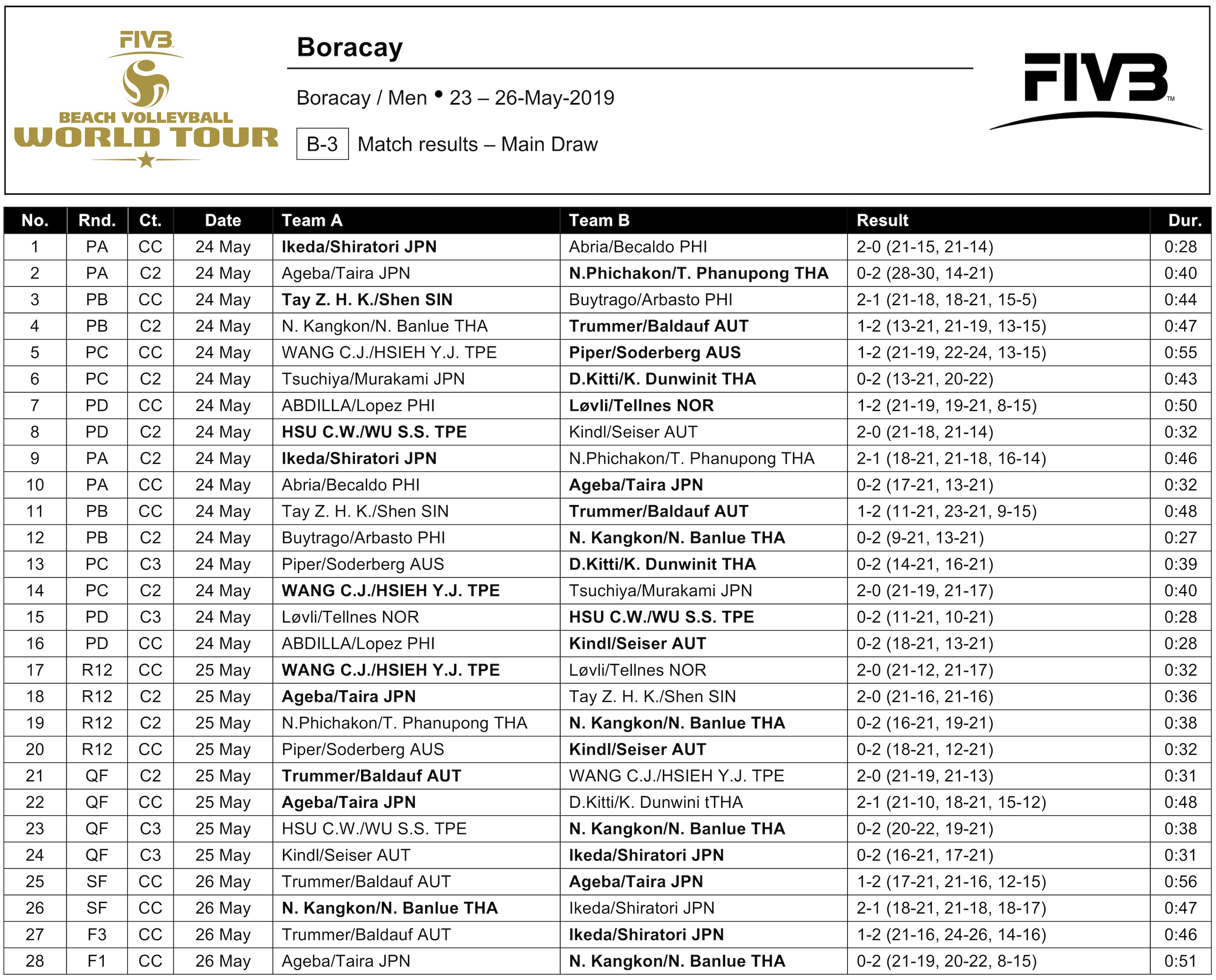 NOTE: The final score of the final match in the Match Result should be 1-2, not 0-2 as shown above.

The Thais lost on a two-point margin in the first set, but bounced back in the second set after snatching the lead from their Japanese rivals. The Thai duo already felt the momentum and dictated the tempo to win in the final frame and complete their victories against two Japanese rivals on the same day.

“We are a young team and this is our first big win,” Banlue said. “We are very happy to win here.”

“We endured tough matches today by communicating well,” Kangkon added. “This was key to our two victories against Japanese sides.”

In the bronze medal match, Ikeda and Shiratori conceded the first set 16-21 to Austria’s Maximilian Trummer and Simon Baldauf, but put on extra effort to breakthrough in the last two sets with two-point margins at 26-24 and 16-14.

The Boracay Open is the fifth World Tour event for Ikeda and Shiratori and this event gave them their best finish in the World Tour as partners. They first teamed-up at the Sydney 3-star. 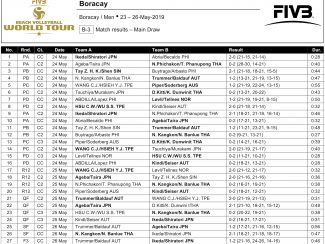 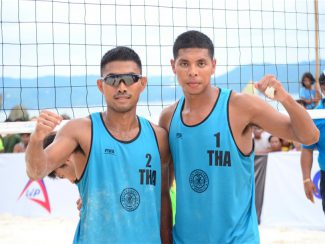