Eight teams in both men’s and women’s categories contested their last match of the first leg of the Thailand’s top-flight professional volleyball league this weekend (February 27 and February 28).

Only top six teams apiece from both categories made the cut for the second leg, leaving only two teams at the bottom of the standings to be relegated to the Pro Challenge and replaced by the two promoted sides in the next season. In the second leg, the qualified six teams will play a single round-robin, with only top four teams from each category advancing to the Final Four. 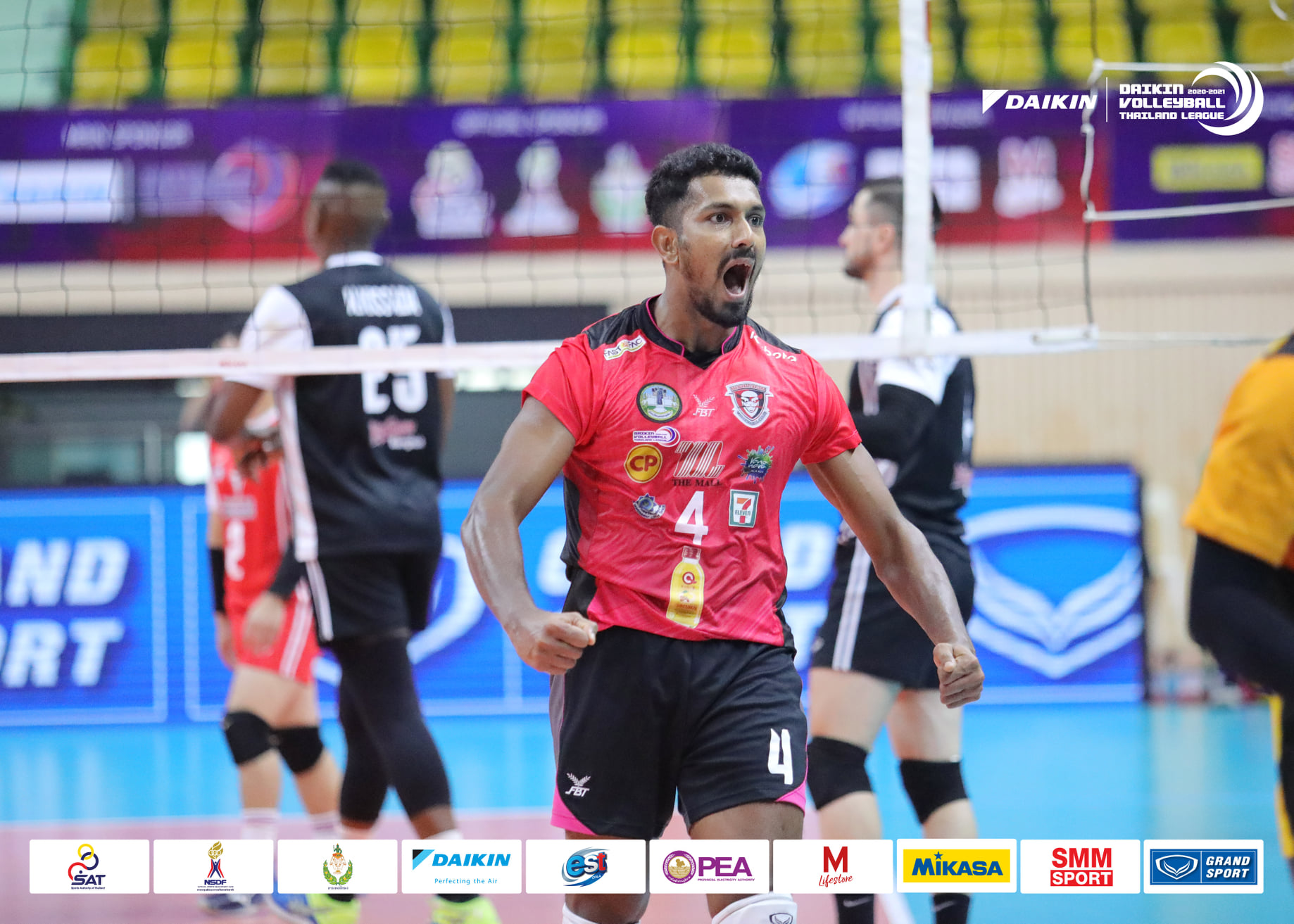 In the men’s event, Nakhon Ratchasima The Mall’s VC and Diamond Food VC set up a clash of the Titans on Saturday as both sides remained unbeaten this season to record identical six straight wins. However, hot-favourites Diamond Food fared better, entering the competition venue with heads held high in great pride on Saturday as they became the only team which have yet lost a single set to their respective rivals. More importantly, the big match between the two powerhouses decided the first-leg winners. 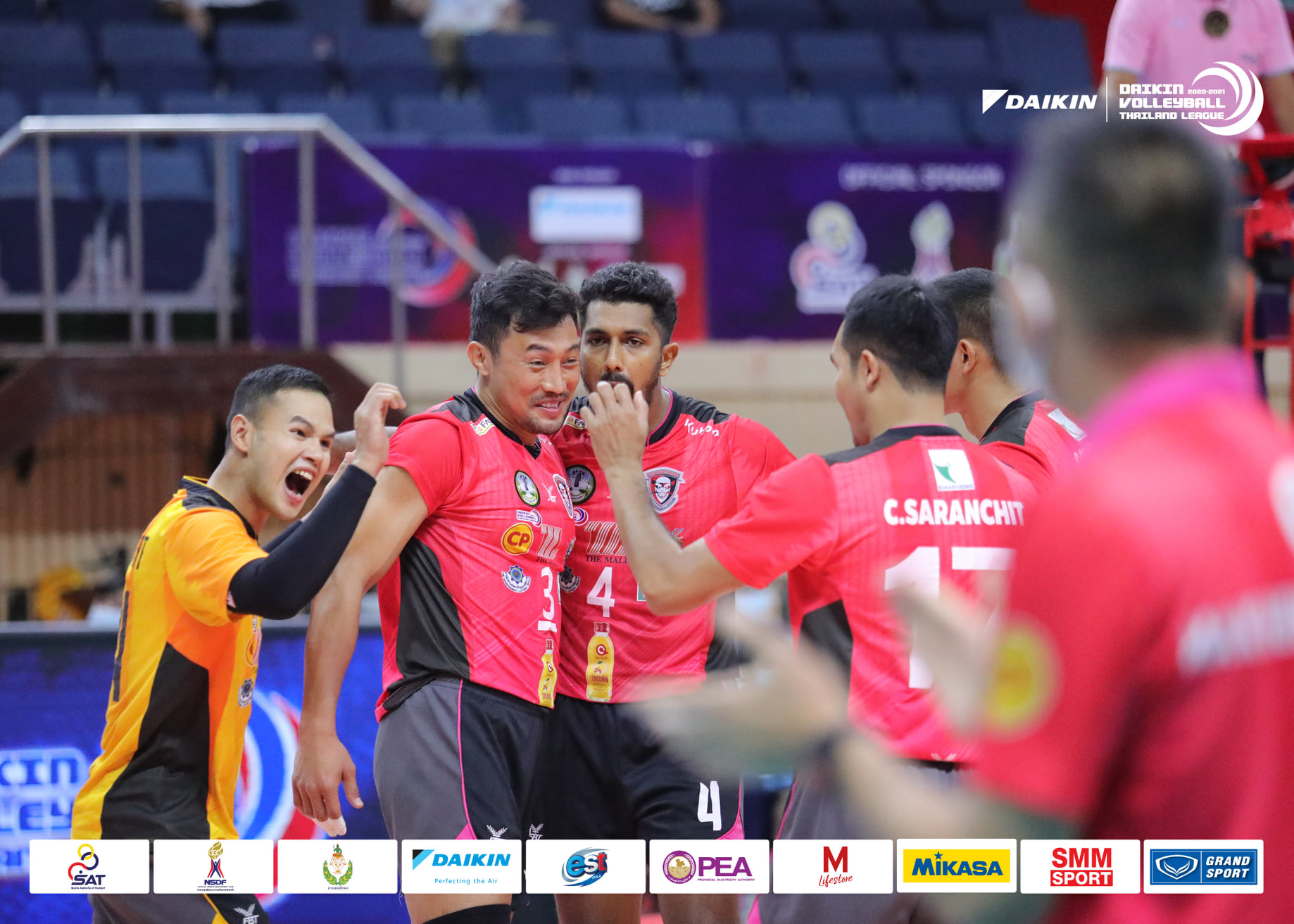 It was the most intense game of the first leg, which thrilled fans restricted to 30 percent of seating capacity allowed back into the sports venue and those watching the match live via online streaming.

Against the star-studded Diamond Food, Nakhon Ratchasima The Mall’s VC went down in the first set 18-25, but regained their composure to take the next closely-contested two sets 31-29 and 25-22. However, gutsy Diamond Food hit back to win the fourth set 25-23 for a 2-2 tie and force a decider. In the do-or-die tiebreaker, Nakhon Ratchasima’s resilience was showcased through their spectacular attacks and Wanchai’s power boosted the team as they eventually edged out the tough opponents 15-13 for the match and the first-leg victory. 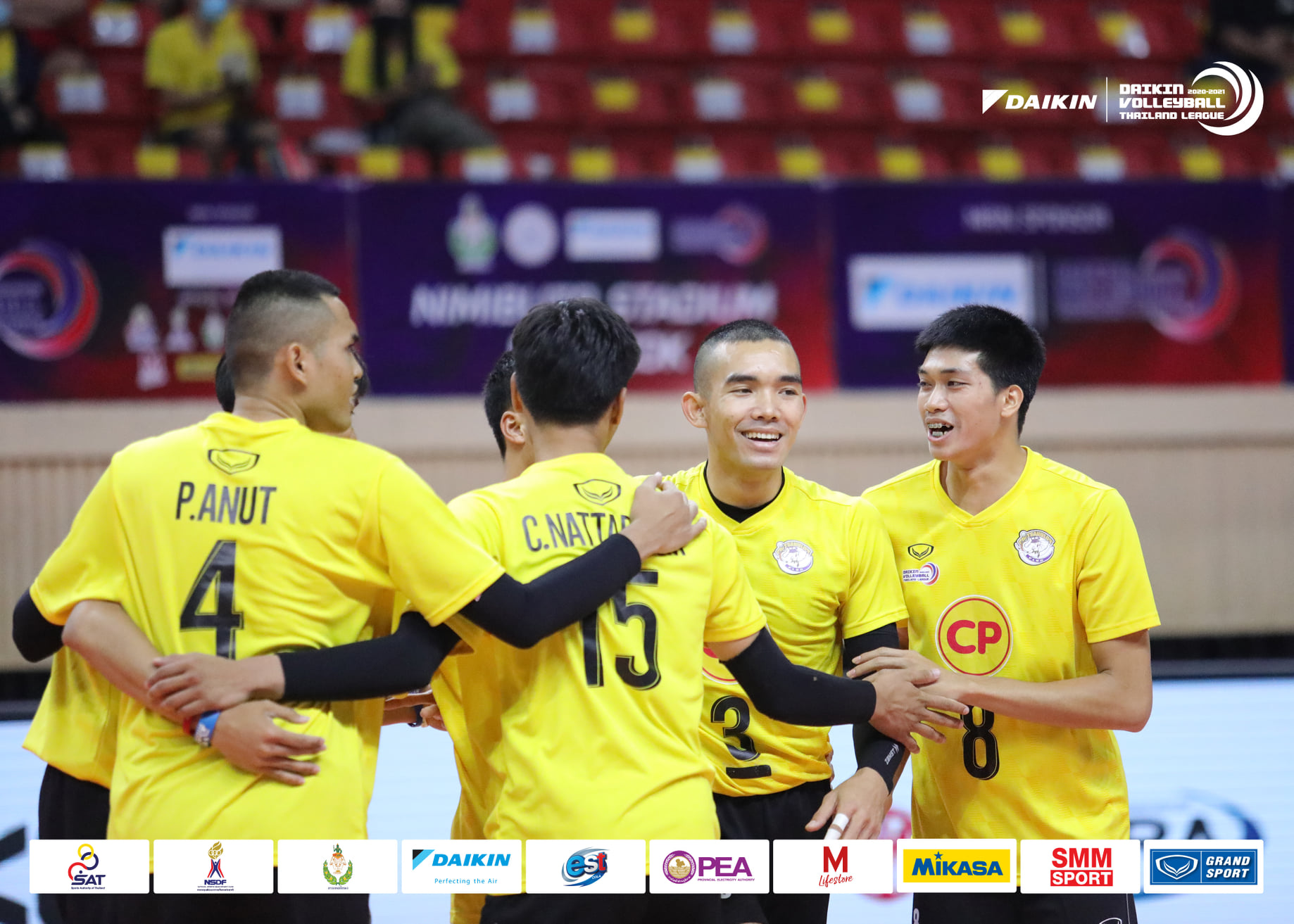 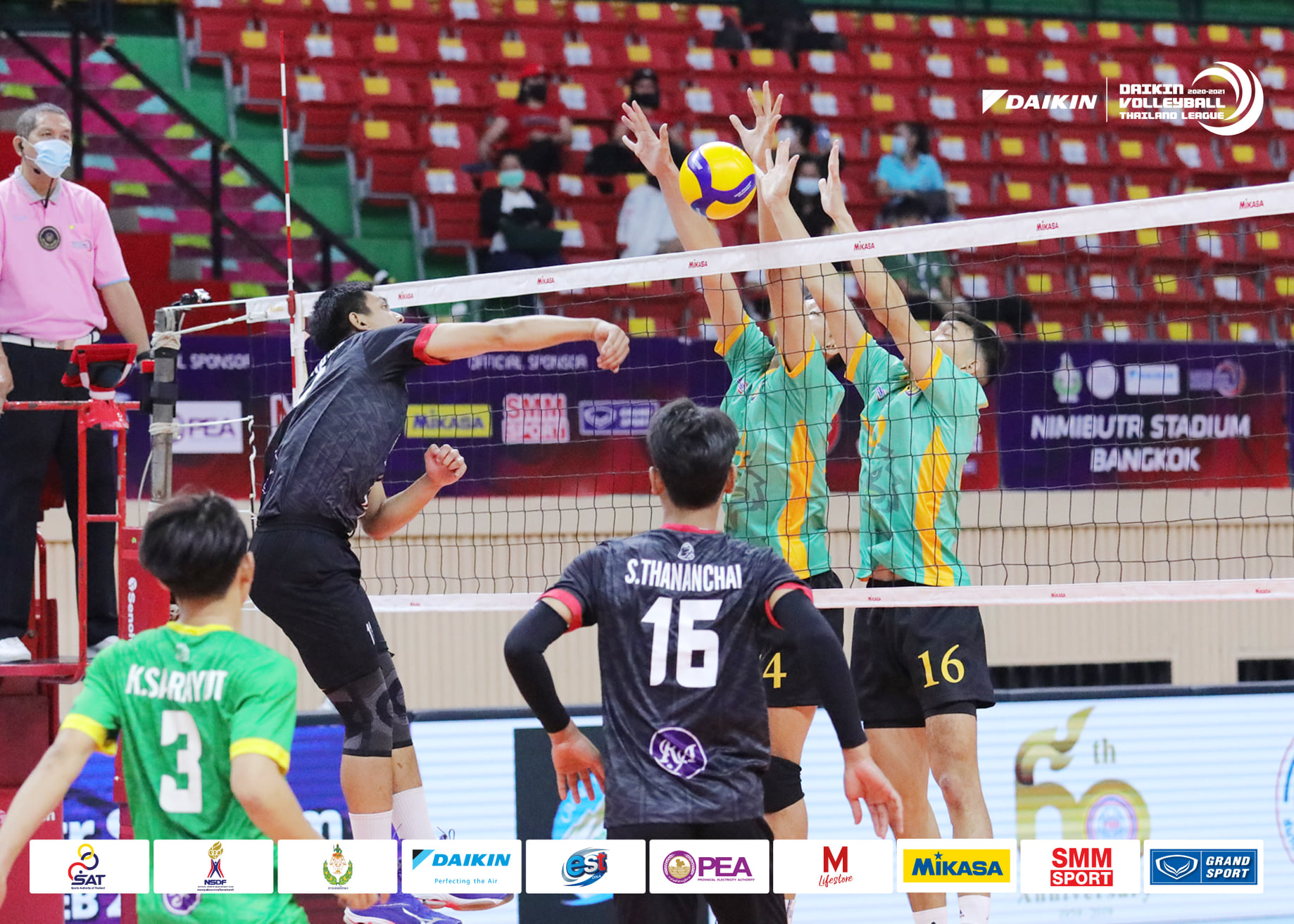 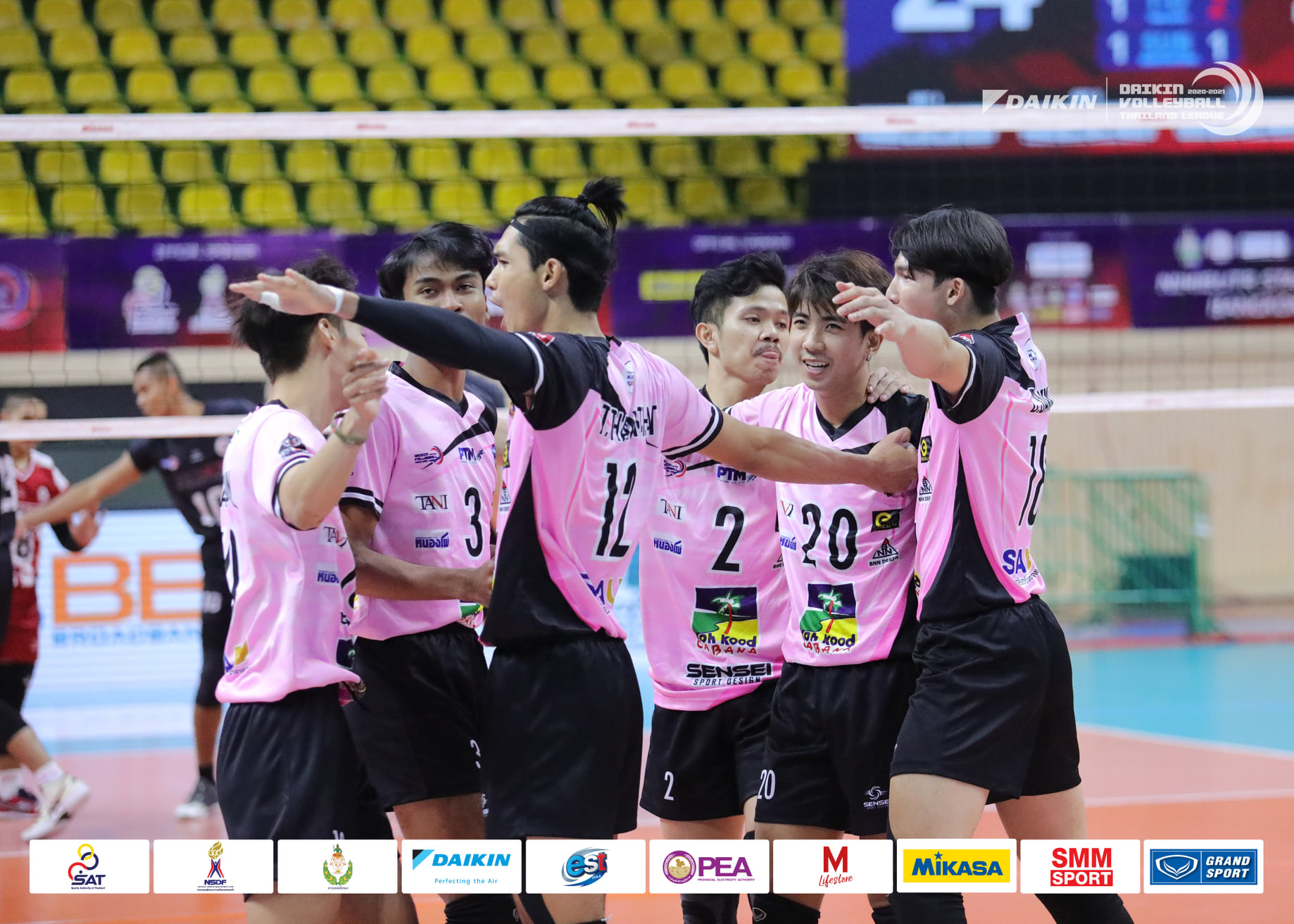 Visakha bagged 4 points from one win against 6 losses to finish 7th position, with winless Kasetsart VC on the bottom of the standings with no point. Both teams had been relegated to Pro Challenge next season. 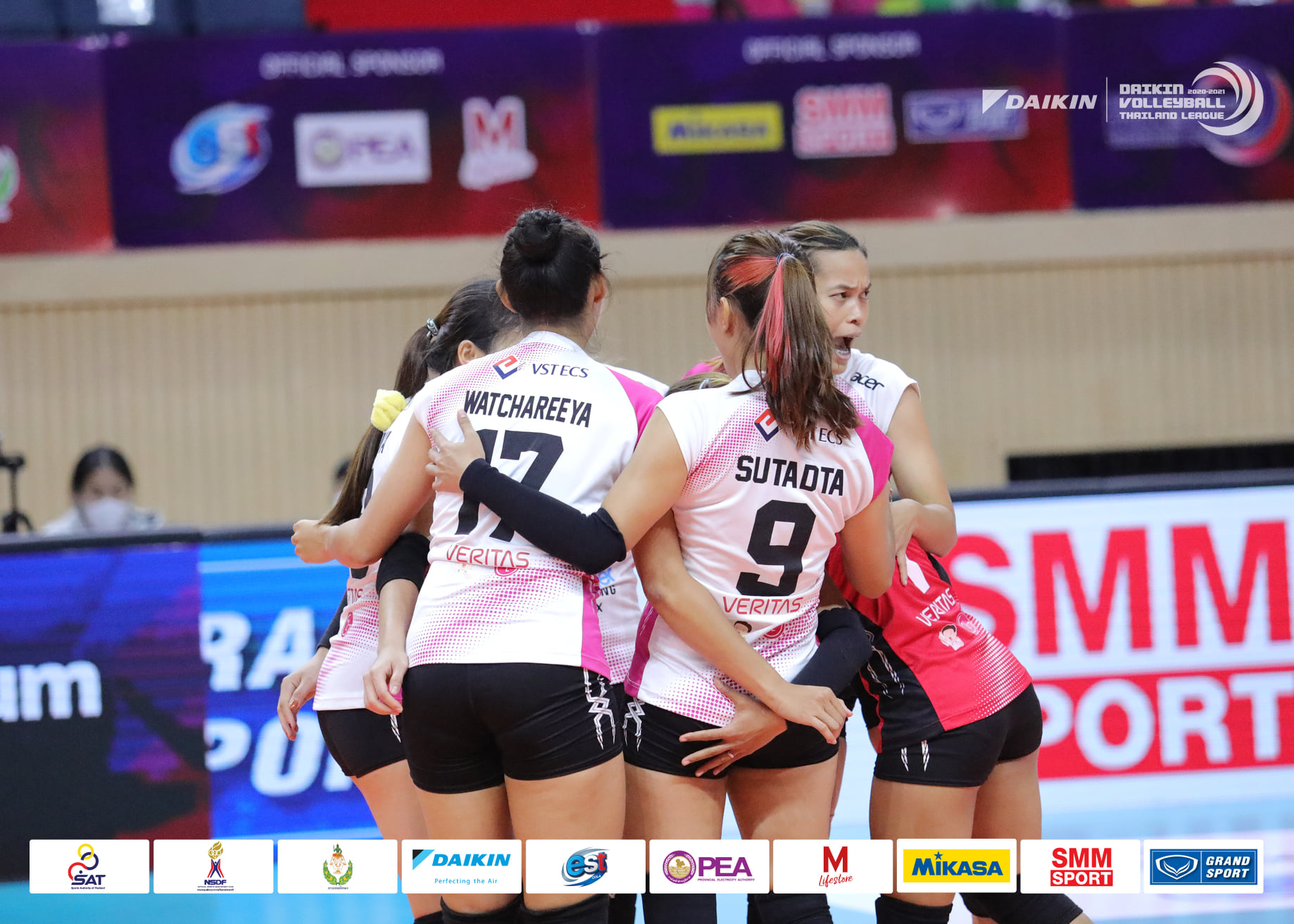 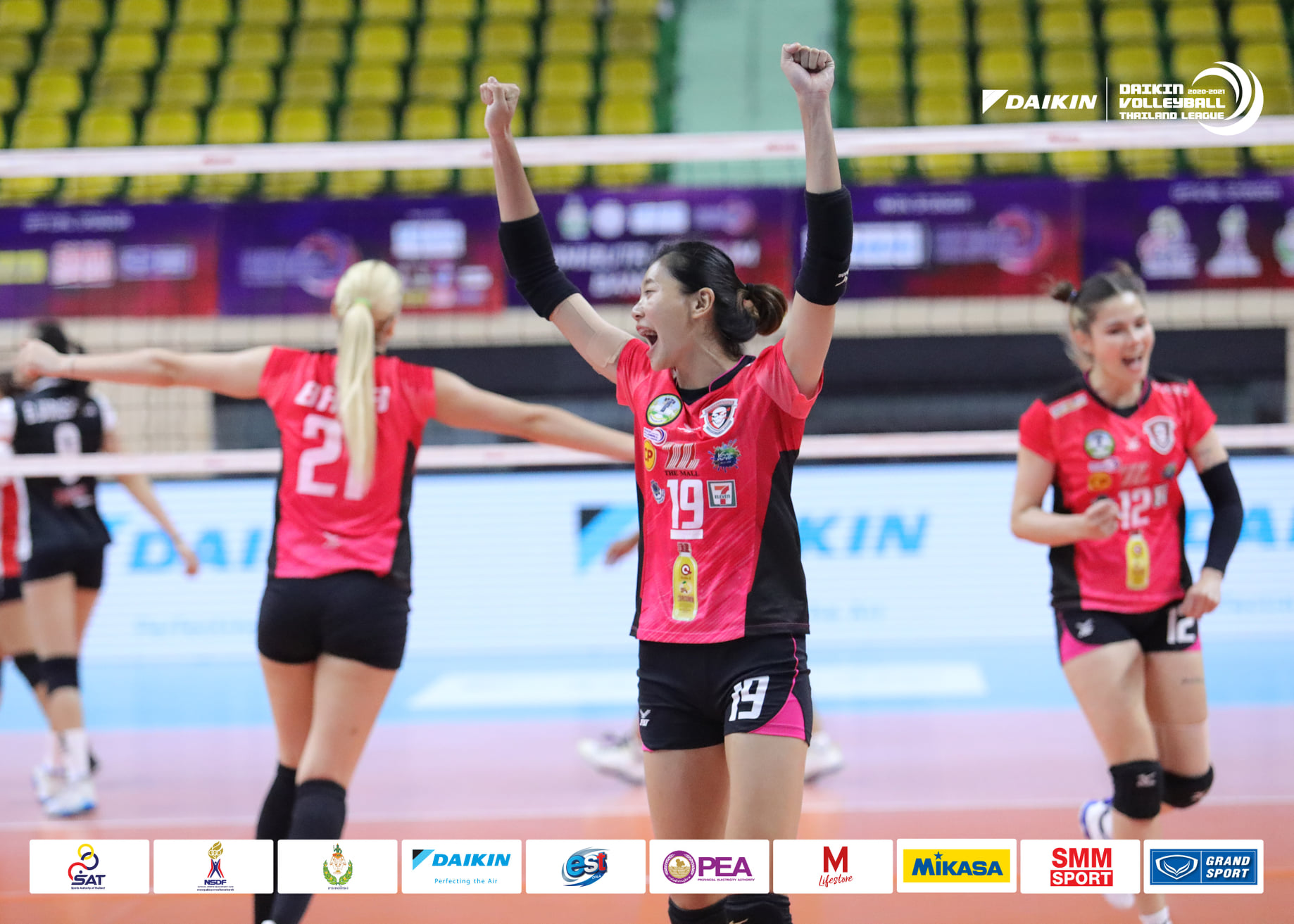 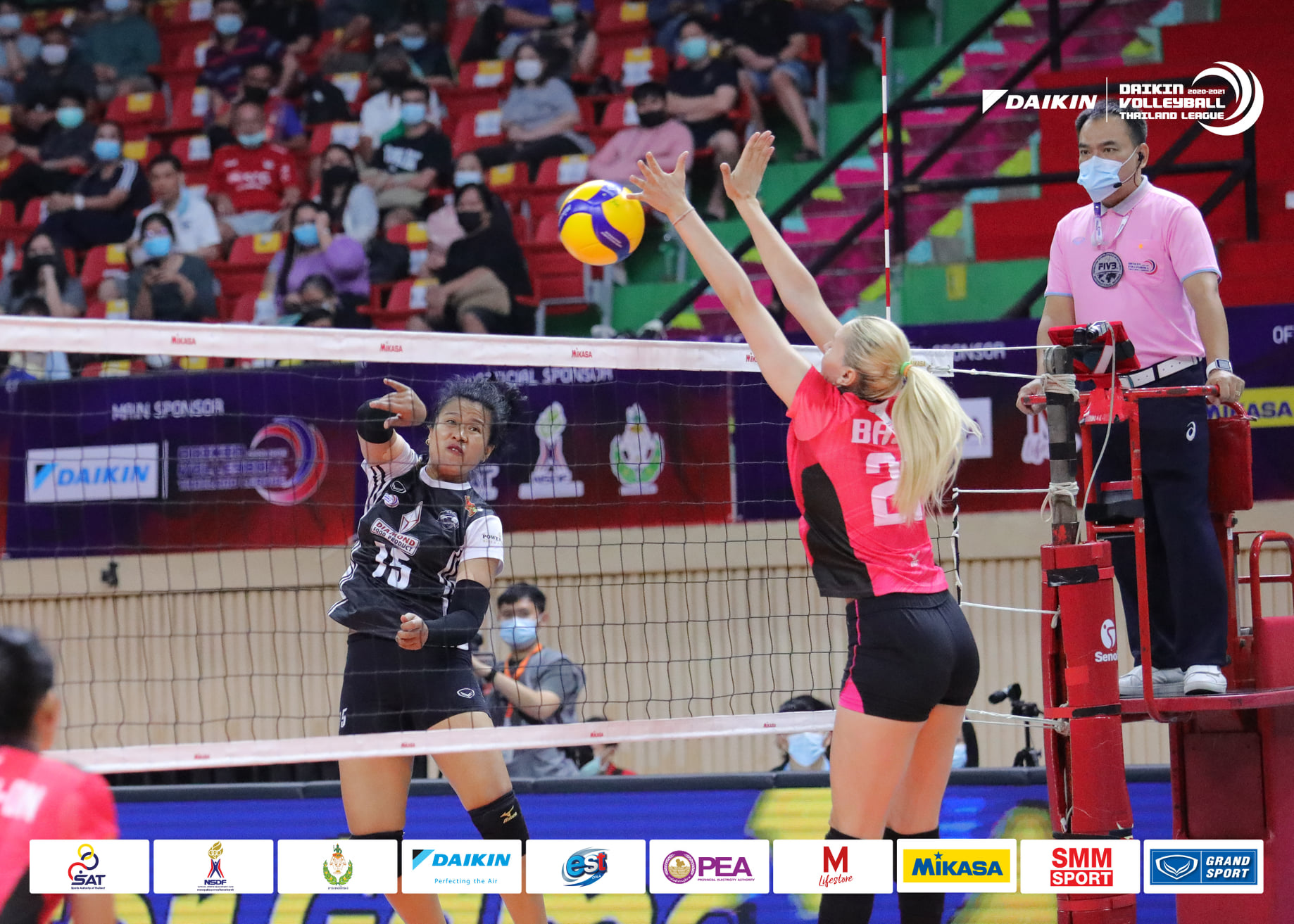 With the stunning victory, Nakhon Ratchasima temporarily went atop the standing with 17 points from 6 wins against one loss. However, their great joy did not last that long as Supreme, collecting 16 points ahead of their last match on Sunday, cruised to a convincing 25-21, 25-17, 25-16 win against Khonkaen Star VC to run away with the first-leg title. 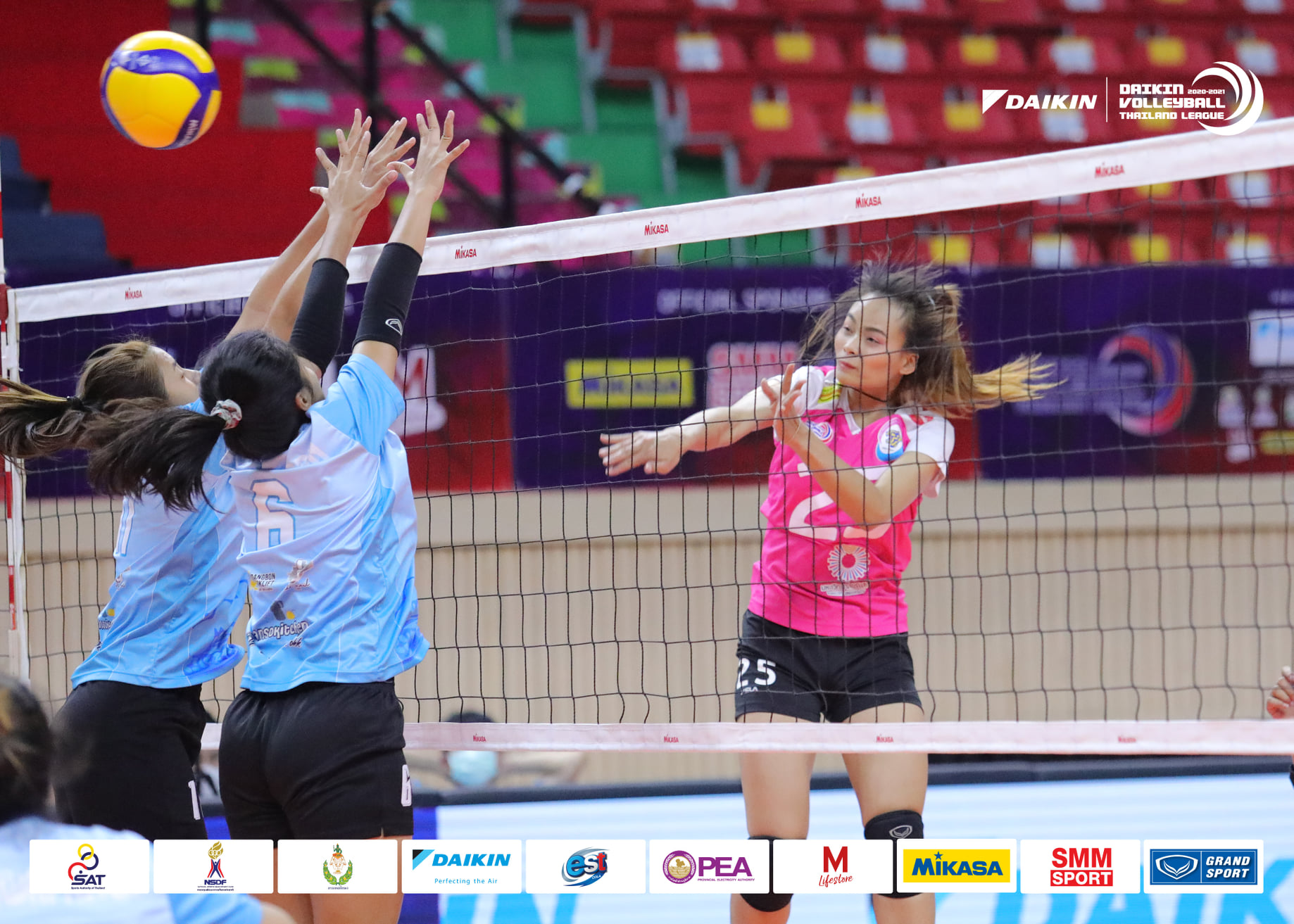 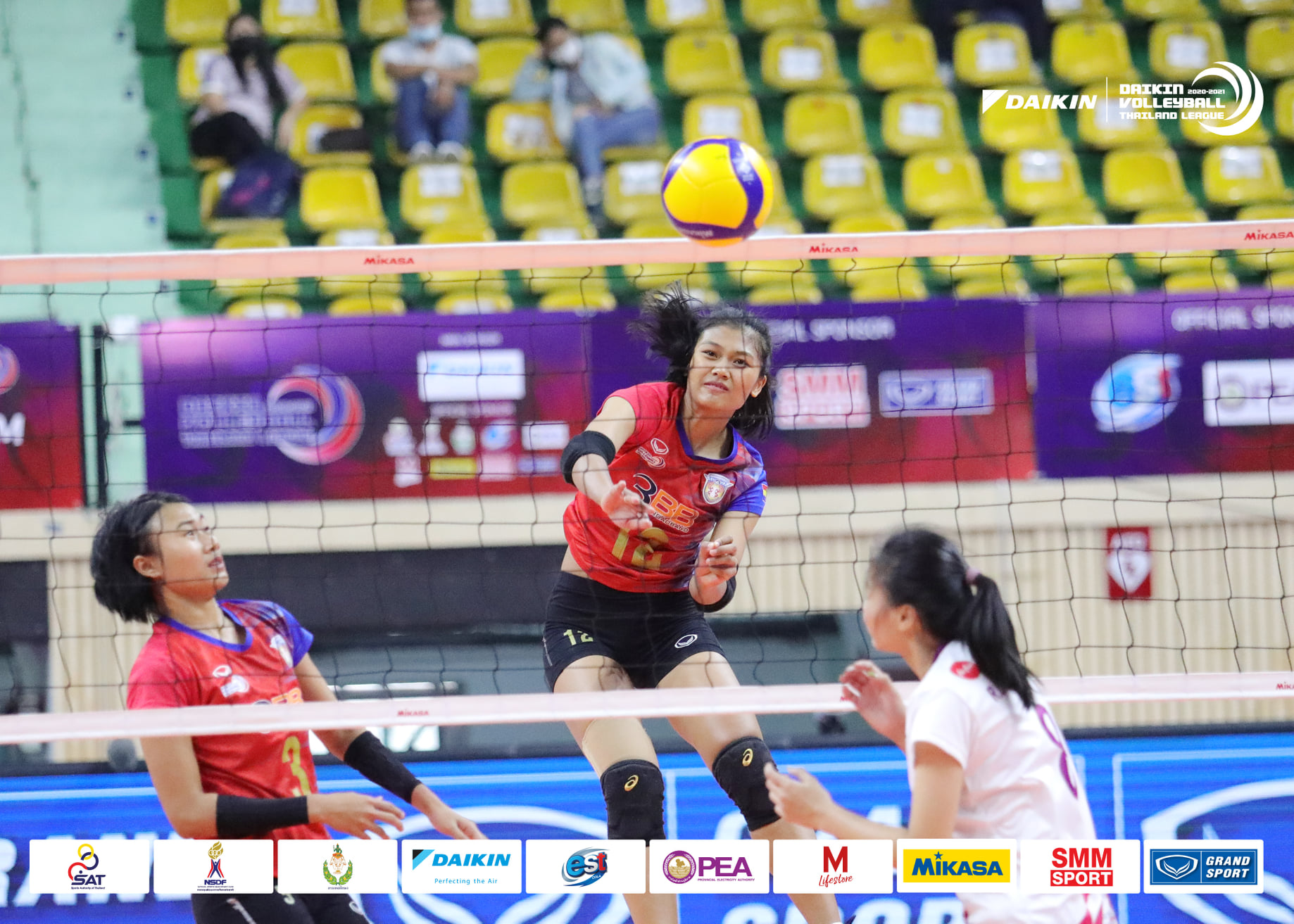 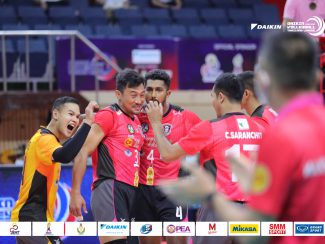 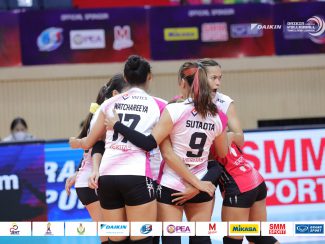 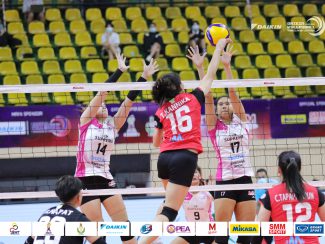 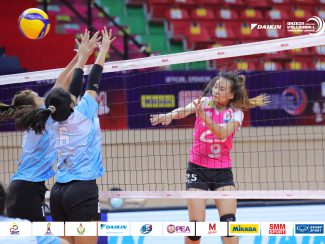 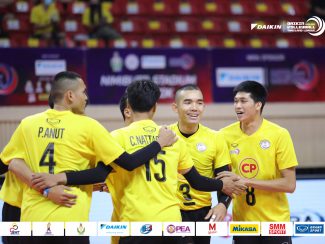 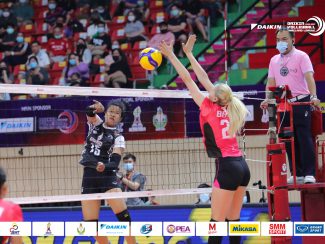 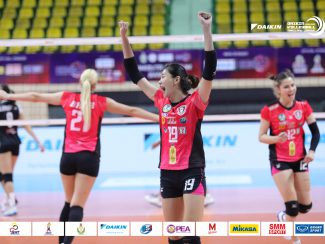 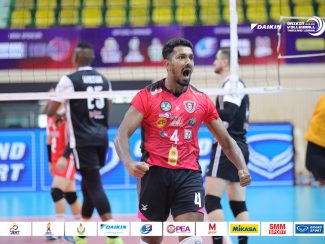 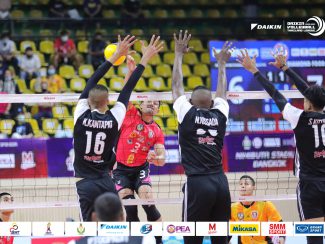 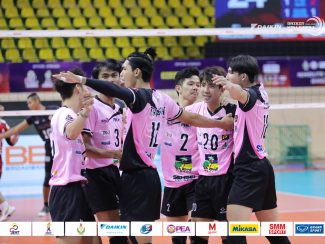 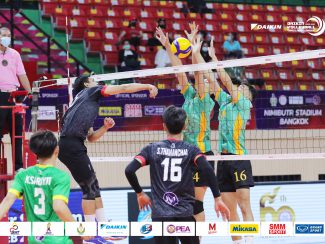 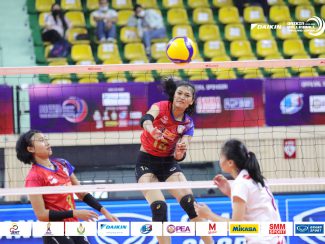