Lausanne, Switzerland, July 22, 2019 – Fifteen National Federations per gender have now confirmed their participation in the FIVB Beach Volleyball Tokyo Qualification Tournament after obtaining a quota place through the FIVB Beach Volleyball World Ranking on July 16. The qualification tournament is set to take place from September 18 to 22 in Haiyang with teams from host nation China completing the entry list of 16 teams per gender.

The two play-off winners per gender at the Tokyo Qualification Tournament will each earn one quota place for their NOC/NF at the Beach Volleyball tournament of the Tokyo 2020 Olympic Games.

The tournament will consist of four phases starting with four groups of four teams each (Pools A, B, C and D). The top three teams from each group in Phase I will advance and play in four pools of three pairs each (Pools E, F, G and H).

Phase III will feature two groups of four teams each (Pools I and J). The top two teams in each group advance to the Final Phase where the Pool I winner will play the Pool J runner-up and the Pool J winner will meet the Pool I runner-up. The two winners of the matches will get the quota place for their National Olympic Committee/National Federation at the 2020 Summer Olympic Games in Tokyo, providing they meet the Athlete Eligibility requirements stipulated in the qualification system.

National Federations have until the end of July to register the teams which will represent them at the qualification tournament in Haiyang in September. The pool composition of Phase I will also be determined in the coming weeks after completion of team registration. 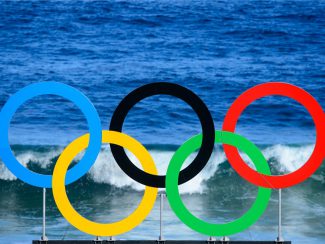