The scintillating 25-13 25-12 25-8 win against Maldives, the team they had earlier beaten 3-0 in their last preliminary match on Wednesday, gave Nepal a clean sweep in the round-robin competition with a remarkable unbeaten record (not losing a single set to their respective rivals). 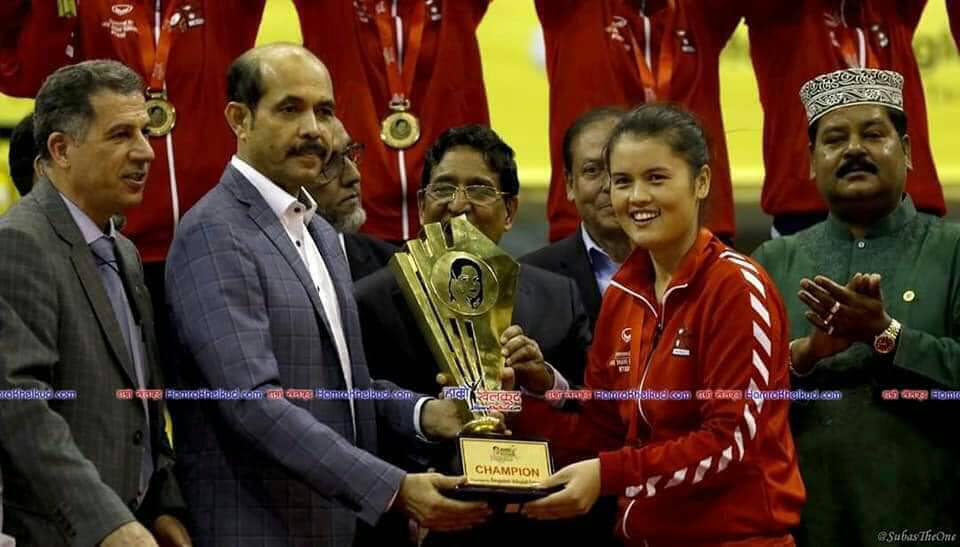 Pratibha Mali remained a major force of Nepal in the Thursday’s final showdown against Maldives as she punctured the rivals’ defence with her powerful attacks, as Aruna Shahi carried out well-placed serves which went without returning for several occasions. 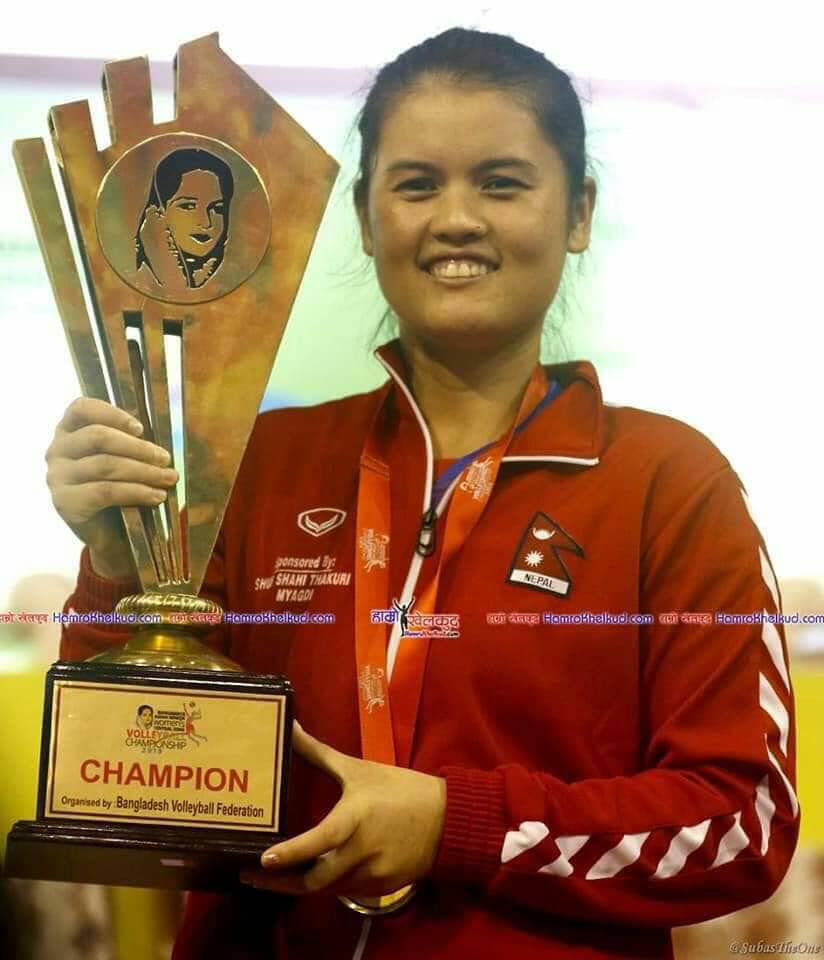 As expected, Pratibha Mali chipped in with 14 points through her attacks for Nepal, while Saraswoti Chaudhari kept good company to contribute 13 points including 10 attacks from 24 attempts. Aruna Shahi added 6 pointed including a team-leading 4 aces. Hawwa Rashidha led Maldives with 5 points. 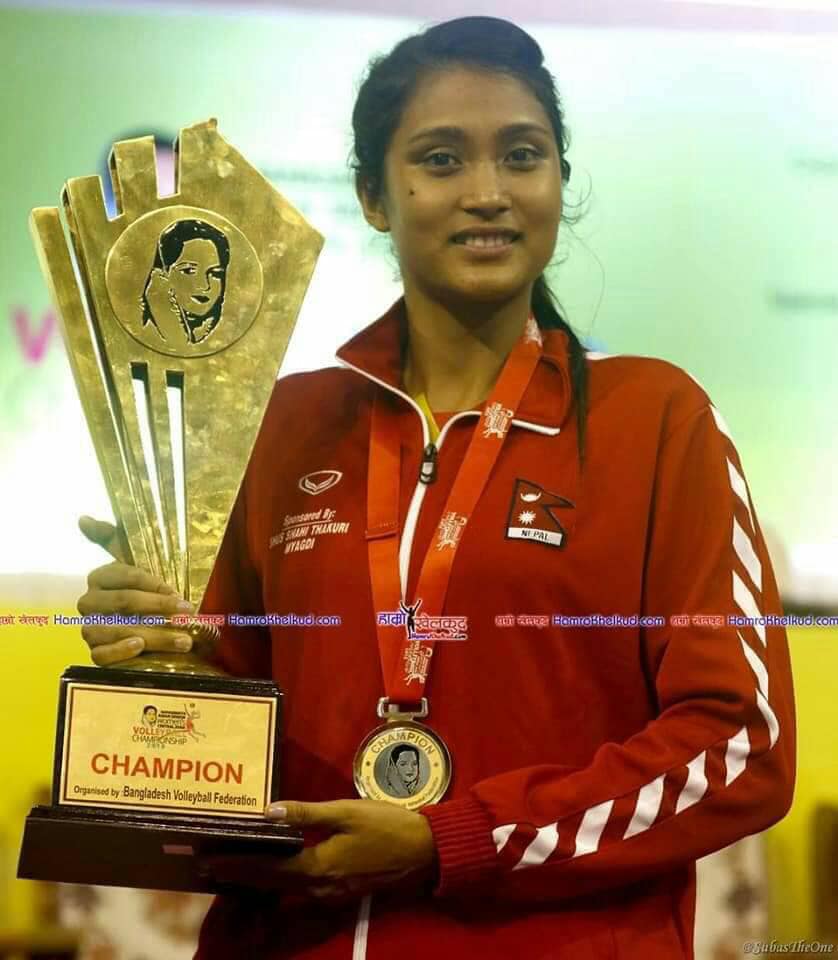 In the third-place playoff earlier, Kyrgyzstan stunned Bangladesh in comfortable straight sets 25-13 25-14 25-12 to claim bronze medal. For Kyrgyzstan, the easy win was a sweet revenge over the host side, which they went down in thrilling five-setter in their last preliminary match on Wednesday. 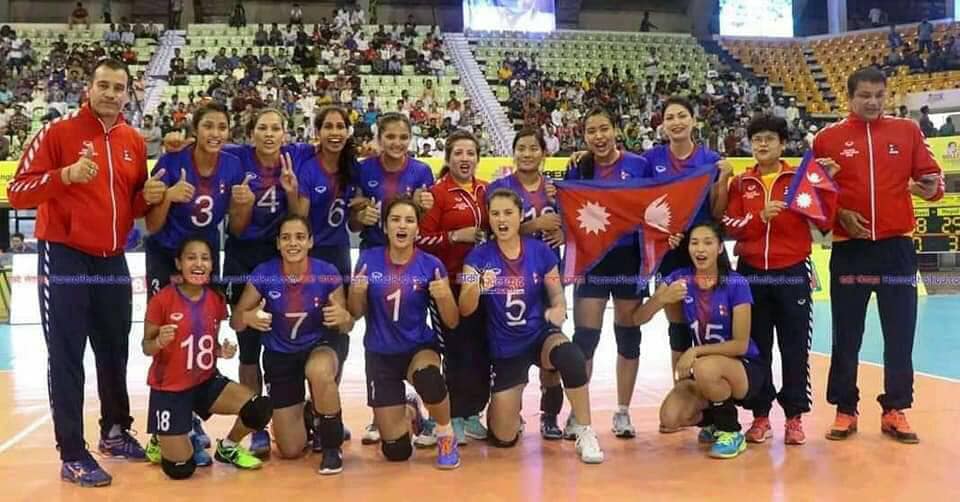 Aliia Shumkarbekova scored a match-high 17 points for Kyrgyzstan including 15 attacks from 31 attempts, while Aidai Kadyrova added 15 points. Alina Garkushina bagged 9 points including a team-leading 4 aces. Most Sabina Khatun topscored with 8 points for hosts Bangladesh including 6 attacks from 28 attempts. 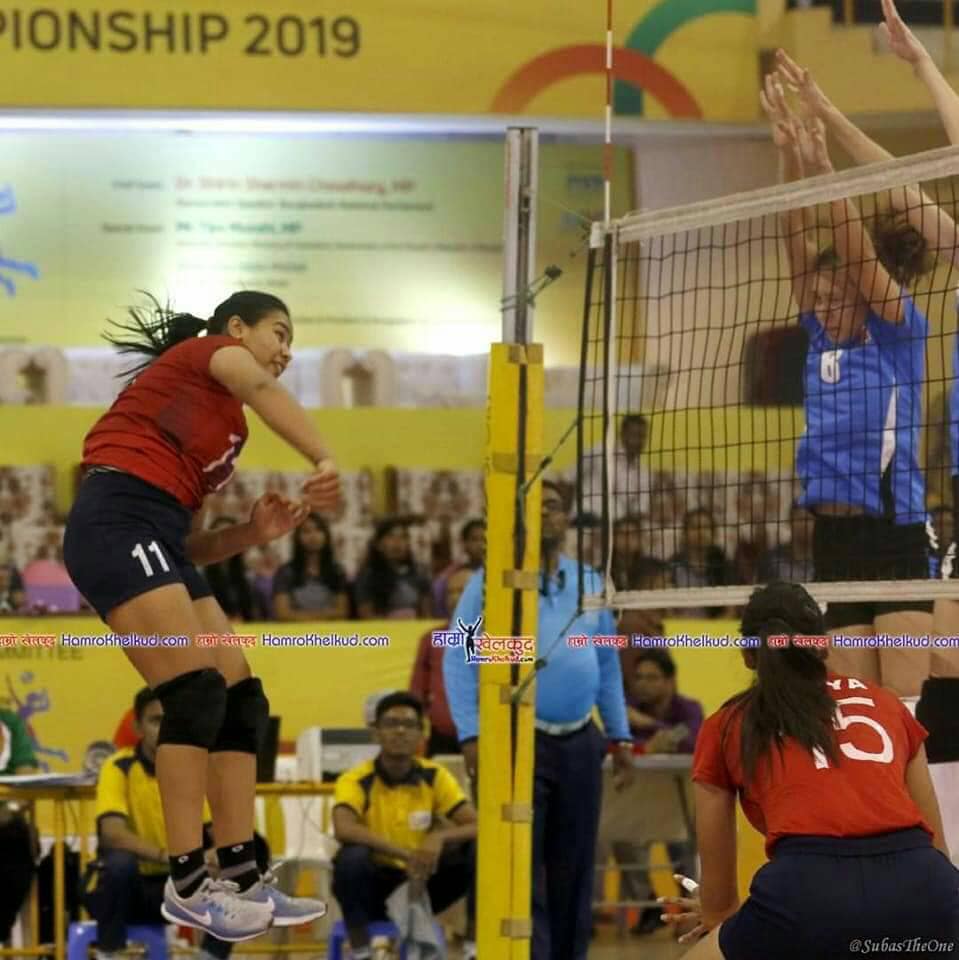 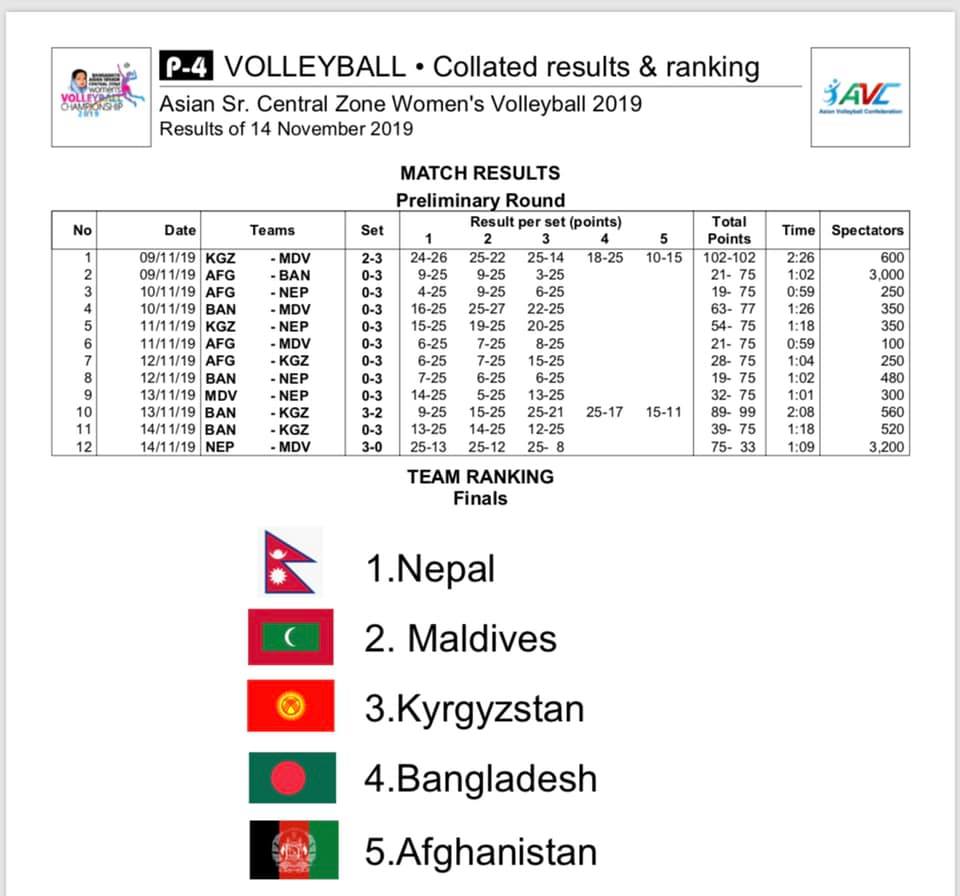 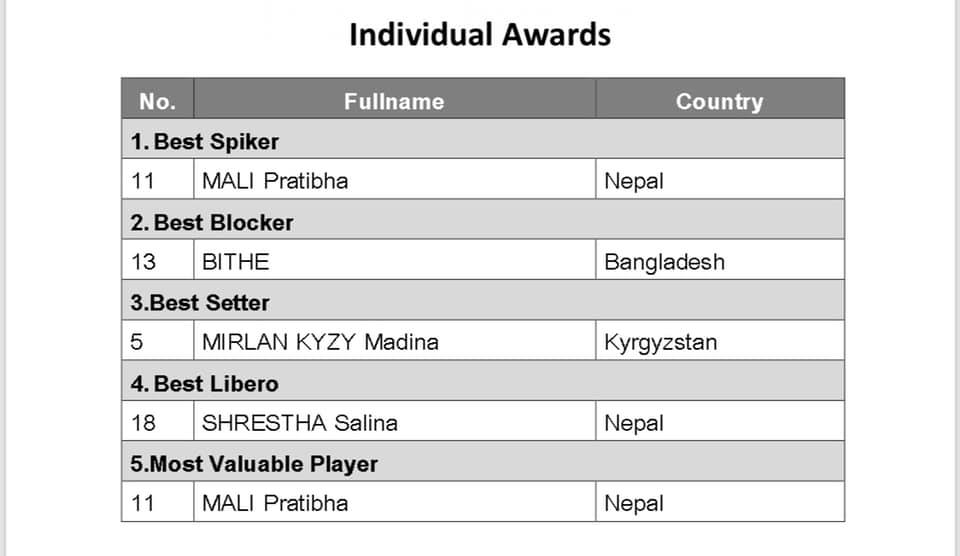