Chetumal, Mexico, November 15, 2019 – Heather Bansley’s and Brandie Wilkerson’s run for back-to-back FIVB Beach Volleyball World Tour titles in Chetumal is over as the Canadians were knocked out of the four-star tournament in the Mexican city in the Round of 16.

Undefeated in pool play, the Canadians were stopped by Chinese Fan Wang and Xinyi Xia, who posted a 21-19, 24-22 victory in front of thousands of fans in the center court to secure one of the eight quarterfinal berths in the women’s tournament. The Asians were trailing 17-20 in the second set, but managed to stay in the game and turn things around.

“We love the weather and the atmosphere here in Mexico, the fans were amazing,” Wang, a Rio 2016 Olympian, said at the end of the match. “I think this combination is making us play really well and we needed it today because Canada is one of the best teams in the world, so this was a big win for us.”

Ironically, Wang and Xia have only played North American teams in Chetumal as they faced Americans Sara Hughes/Terese Cannon and Kelly Claes/Sarah Sponcil on Pool F and defeated Canadians Shanice Marcelle and Julie Gordon 21-17, 21-11 earlier on Friday in the first elimination round.

The Chinese will now meet fellow Asians Miki Ishii and Megumi Murakami of Japan, who remained in the tournament after a 21-15, 21-15 win over Spanish Amaranta Navarro and Angela Lobato in the Round of 16. 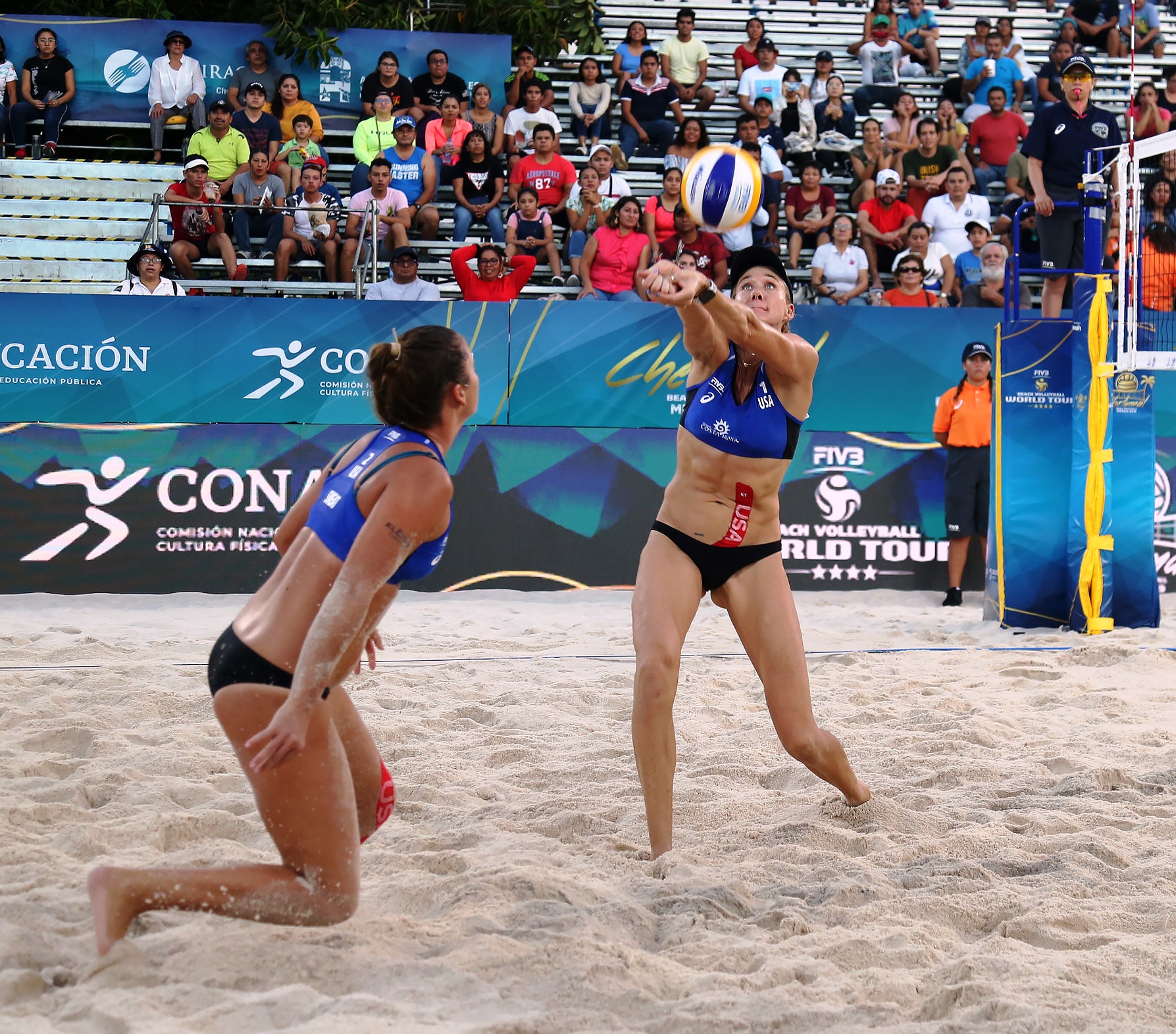 If last year’s gold medal winners are out, the bronze medalists remain alive as Americans Kerri Walsh Jennings advanced to the quarterfinals after a 21-11, 26-24 triumph over Australians Becchara Palmer and Nicole Laird.

The Americans, who won the first of their six World Tour medals together in the Mexican city, will clash with to-seeded Australians Taliqua Clancy and Mariafe Artacho, who advanced after a 21-14, 23-21 victory over Germany’s Kim Behrens and Cinja Tillman.

“At the minute we got into the plane to leave Chetumal last year we were already looking forward to come back,” Walsh Jennings commented. “It’s a great and important tournament and people here are so nice, so we really want to go as far as possible. Australia is a great team and we played them two weeks ago in China in the semifinals.”

The other two quarterfinal matchups in Chetumal will feature Brazilian teams as Talita Antnes and Taiana Lima will play Americans Sarah Sponcil and Kelly Claes while Barbara Seixas and Fernanda Berti will clash with Dutch Sanne Keizer and Madelein Meppelink.

The quarterfinals are set for Saturday afternoon while the semifinals will happen in the evening session. The medal matches end the tournament on Sunday afternoon. 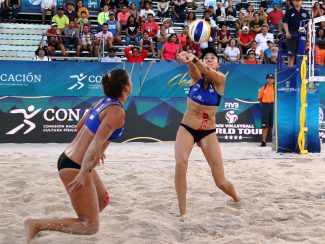 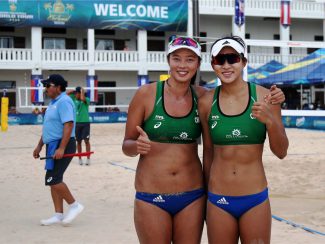