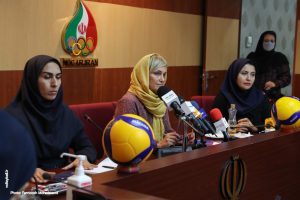 Over 35 Iranian journalists and three Italian reporters from news agencies of Quotidiano Nazionale, La Repubblica, and Gazzetta dello Sport attended the press conference as it was live streamed on Aparat. 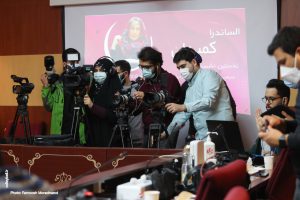 Campedelli opened the conference by presenting an overview of her working background as she has been contributing to volleyball for 13 years and experienced working with great coaches like Julio Velaso and Nikola Grbic. 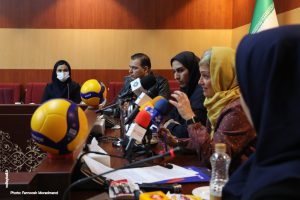 “In addition to coaching, I am a teacher and I teach at schools and universities and new technologies are part of my teaching items,” Campedelli said. 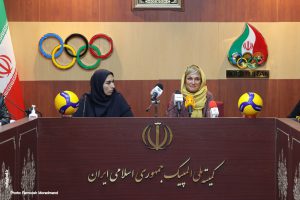 She portrayed her plans into two parts, “I am thinking of improving the position of Iranian volleyball in Asia and ensuring that this promotion remains stable in Asia. To build a sustainable structure, we need to find more talent and nurture it. The second goal is related to the first goal and we must achieve this goal by working properly in the age categories so that all Iranian women’s volleyball can progress”. 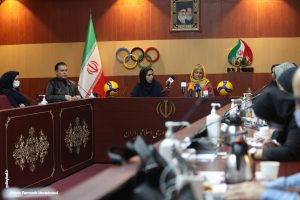 On the Iranian women’s teams, Campedelli said: “My two-week visit was very valuable in Iran. I saw matches from the Premier League and the women’s First Division. I saw many women in Iran who were professionally trained and working with the love that lies within them. However, there are not many women in Italy who work with love and passion. When I return to my country, I want to talk about the facilities I have seen here for women and to what extent the Iranian Volleyball Federation loves to provide more facilities to volleyball lovers. Iran deserves to be known in the world for the sincere efforts to grow its volleyball.” 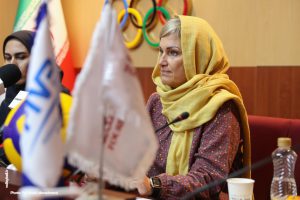 “Those who have not visited Iran do not have positive opinions about Iran. In fact, when I saw the women and the situation in Iran, I realized that these ideas are often wrong and immature. The federation provided well-equipped gyms, sports equipment, and an organized sports camp for women. All of these features will help to speed up our growth and development. I was also very surprised by the number of girls playing volleyball in Iran. 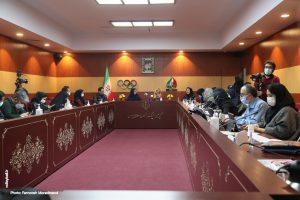 “Definitely, many talents among them need to be identified. I was also surprised by the sports culture I saw in Iran. This culture is both external and internal. I am so happy with the strong will of the Iranian Federation that is eager for the development of women’s volleyball. I know that Iranian women’s volleyball will definitely improve.”