Bangkok, Thailand, March 5, 2021 – At the 2020 Vietnam National Volleyball Championship in Ha Tinh Province, Nguyen Thi Ngoc Hoa could’t stand still throughout a match. She walked along the court and screamed, telling players to take the right positions and what shots to make. Sometimes it looked as if she wanted to jump onto the court to compete with her players. 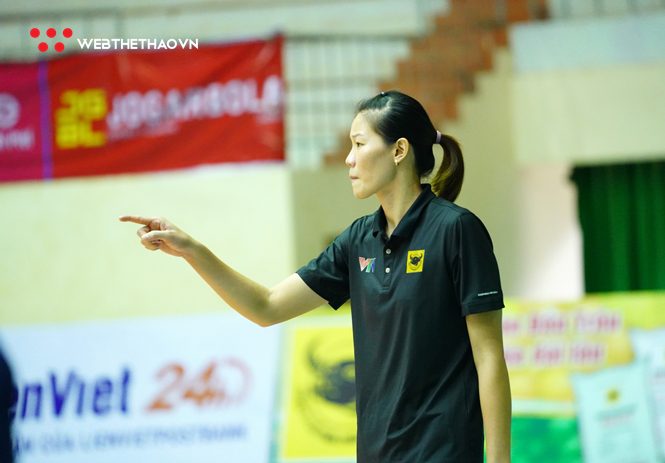 Hoa enjoyed her debut as deputy head coach of the VTV Bình Dien Long An club and it turned out to be a new chapter in the career of one of the best volleyball players Viet Nam has ever produced.

A volleyball talent
Born in 1987 in Long An Province, Hoa was scouted to be a volleyball player at the age of 12. As the youngest member of the Long An team (now VTV Bình Dien Long An), Hoa had to work hard to catch up with her older teammates. However, the talented girl soon proved she was better than anyone. 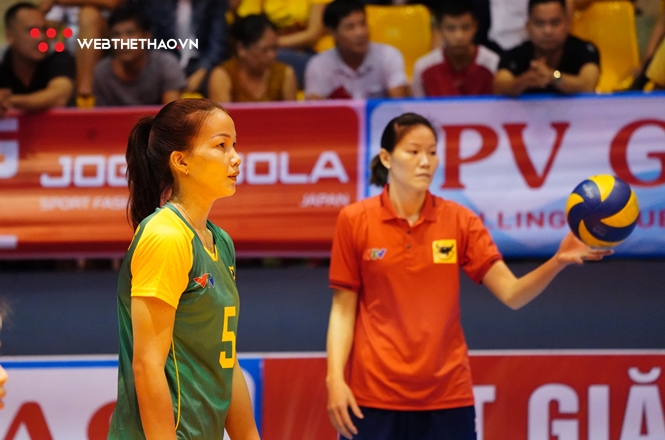 She not only quickly secured a spot in the first team of the club but just needed four years to make her name in the national team and the 16-year-old joined the Vietnam’s lineups at the 22nd Southeast Asian (SEA) Games in Ha Noi in 2003.

From that milestone, Hoa became the key middle blocker for her club and the country for 15 years, setting records with four National Championship titles, seven SEA Games silvers and one bronze.

Hoa was not only a good attacker but also a smart blocker. She was a master of reading the game.

She was named Best Middle Blocker in the 23rd SEA Games in 2005. At the 2007 Asian Women’s Club Championship on home soil, Ngoc Hoa played for Sport Centre 1 team and took the Best Blocker and Best Scorer awards.

Her presence on the court always made her teammates more confident, thanks to her playmaking ability.

Nguyen Quoc Vu, head coach of Bình Dien Long An, said it is impossible to account for what his skipper has contributed to the club during her more one and a half-decade period there. 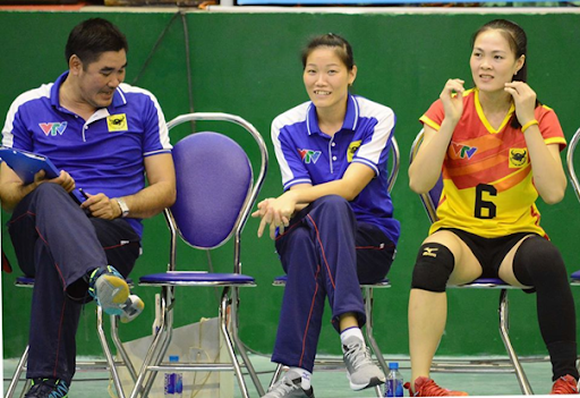 A volleyball statue
Hoa had been retired from competition for more than two years but her name still carries weight in volleyball locally and regionally.

The former national captain has been called the woman who introduced Vietnamese volleyball to the world.

In 2013, four-time national champion Hoa made a turning point in not only her career but also in Vietnam’s history as she became the first Vietnamese volleyball player to compete for a foreign club. 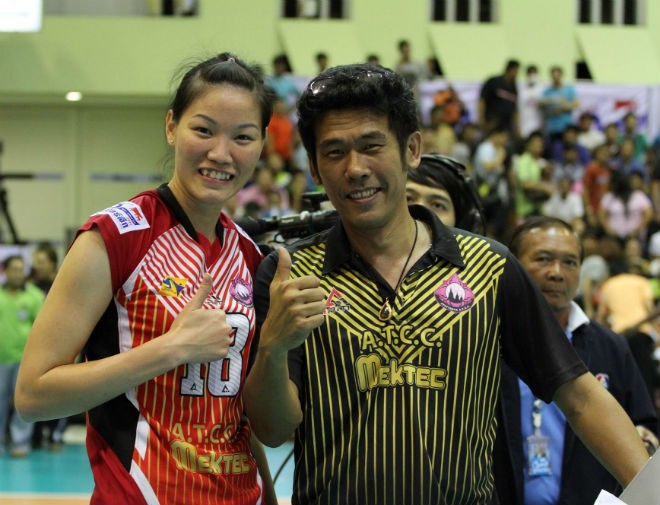 After Ngoc Hoa, other players followed her successful steps to have since received offers from international clubs.

Hoa was offered a one-year deal to play for Ayutthaya A.T.C.C of Thailand and she helped the club finish in third place overall and was voted the best middle blocker of the Thailand Volleyball League in 2014-2015. The team came up with much better form to win the Thai-Denmark Super League trophy in the same period. 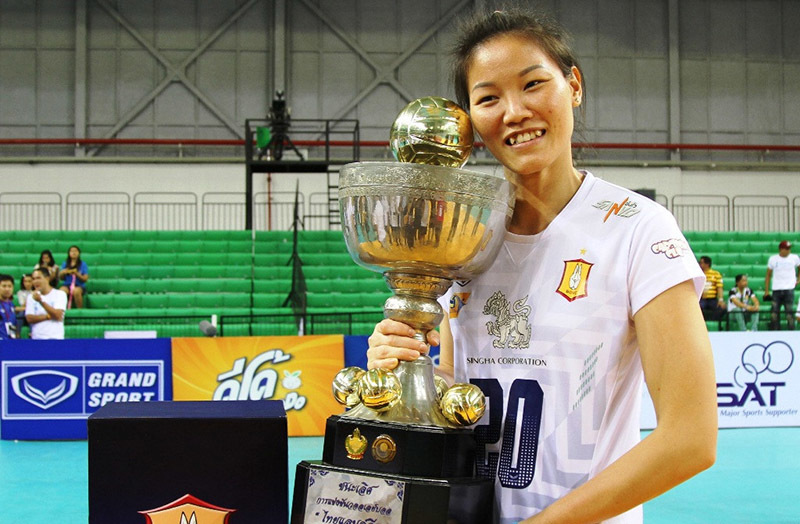 She later moved to Bangkok Glass where she and many Thailand national team members including star spiker Pleumjit Thinkaow lifted the Thailand Volleyball League for two consecutive times in 2014-2015 and 2015-2016. 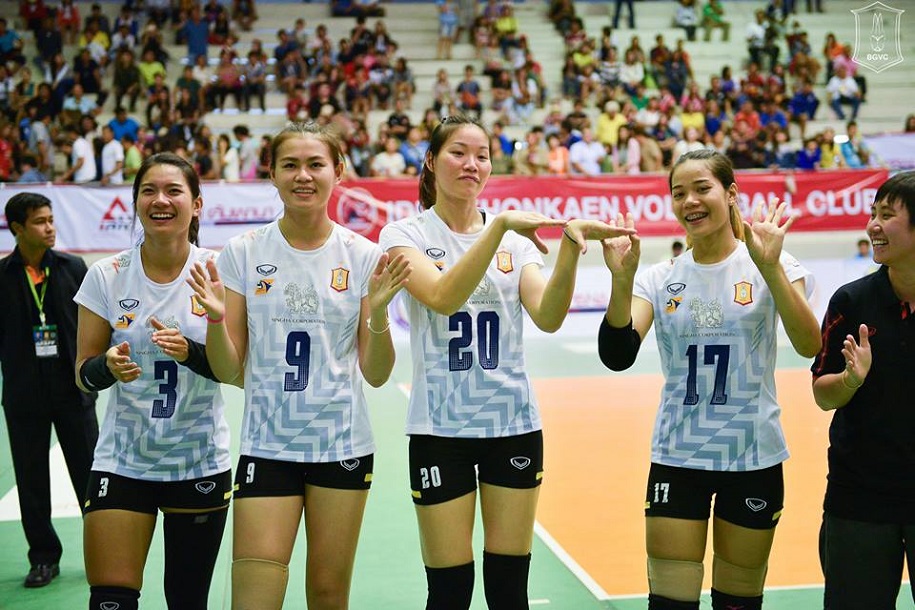 Hoa made a unique achievement as the only Vietnamese volleyball player to win two national titles of two different countries.

As the Thailand League champions, Bangkok Glass represented the country at the 2015 Asian Women’s Club Championship in Ha Nam, Vietnam, where they took the top podium, making Hoa the first Vietnamese ever to capture an Asian gold medal apart from the Best Middle Blocker title of that top-flight competition.

The victory secured Bangkok Glass a slot in the 2016 FIVB Women’s Club World Championship in the Philippines, making the 1.83m-tall Hoa the first and only Vietnamese at that global tournament. 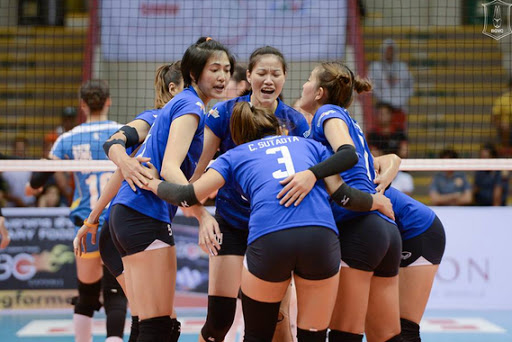 Bangkok Glass finished in seventh position but with her impressive performances, Hoa, coming from an unfamiliar country to world of volleyball, was mentioned repeatedly by FIVB commentators alongside world stars during the event.

With her contribution to the Thailand League, Hoa was one of two Vietnamese listed as best foreign female players by SMMSPORT, a Thailand-based sports channel that broadcasts sports news, highlights and live matches from around Thailand and Asia, in an article years ago. 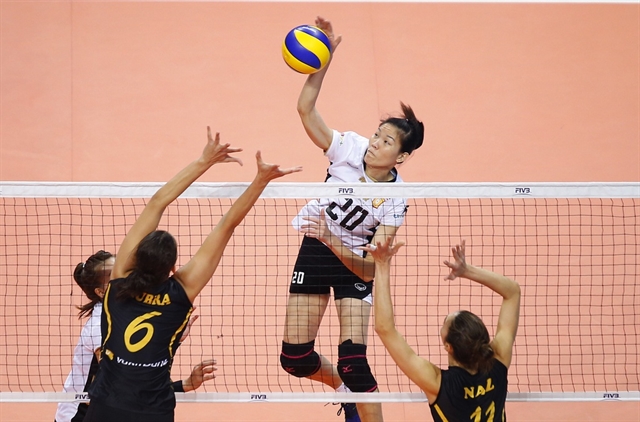 SMMSPORT described Hoa as a player with excellent playing skills in both back and front rows with good blocks. She helped Ayutthaya VC win the 2014 Thai-Denmark Super League and became a leading player of the league with a key role in Bangkok Glass’s consistent wins (Thailand League and Super League, both in 2015 and 2016).

2018 was the last season Hoa played for the national team. A year later, she finally called it a day “to leave room for younger and more talented players.”

“I have prepared everything to become a coach. I am really interested in and excited with the new job,” said Hoa who refused to play again despite kind requests from her club and the national team. “My life is all for volleyball and I will do my job the best way.” 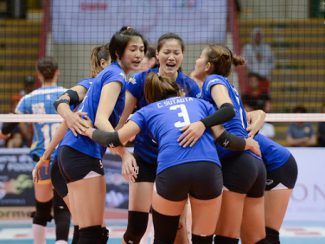 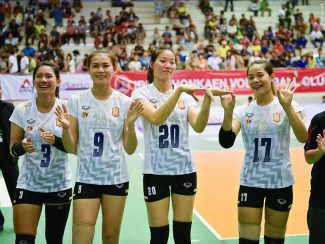 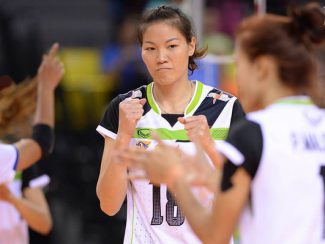 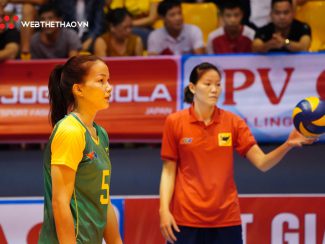 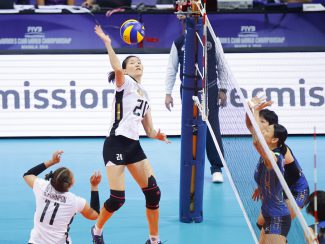 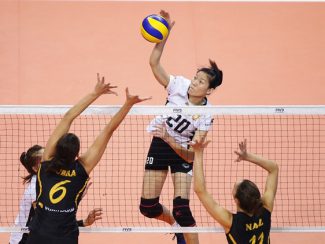 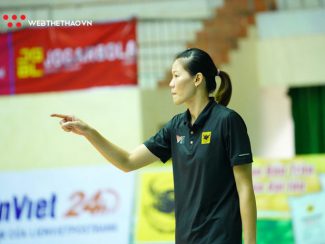 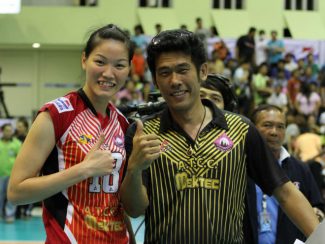 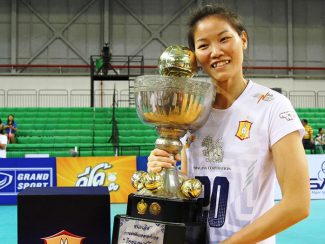 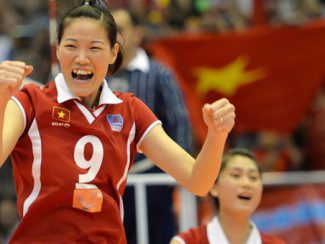