Tehran, Iran, March 5, 2021 – Sirjan Foulad and Urmia Shahrdari got their campaigns in the Iran Men’s Volleyball Super League semifinals off to brilliant starts following their exceptional wins at Federation Hall on Friday. 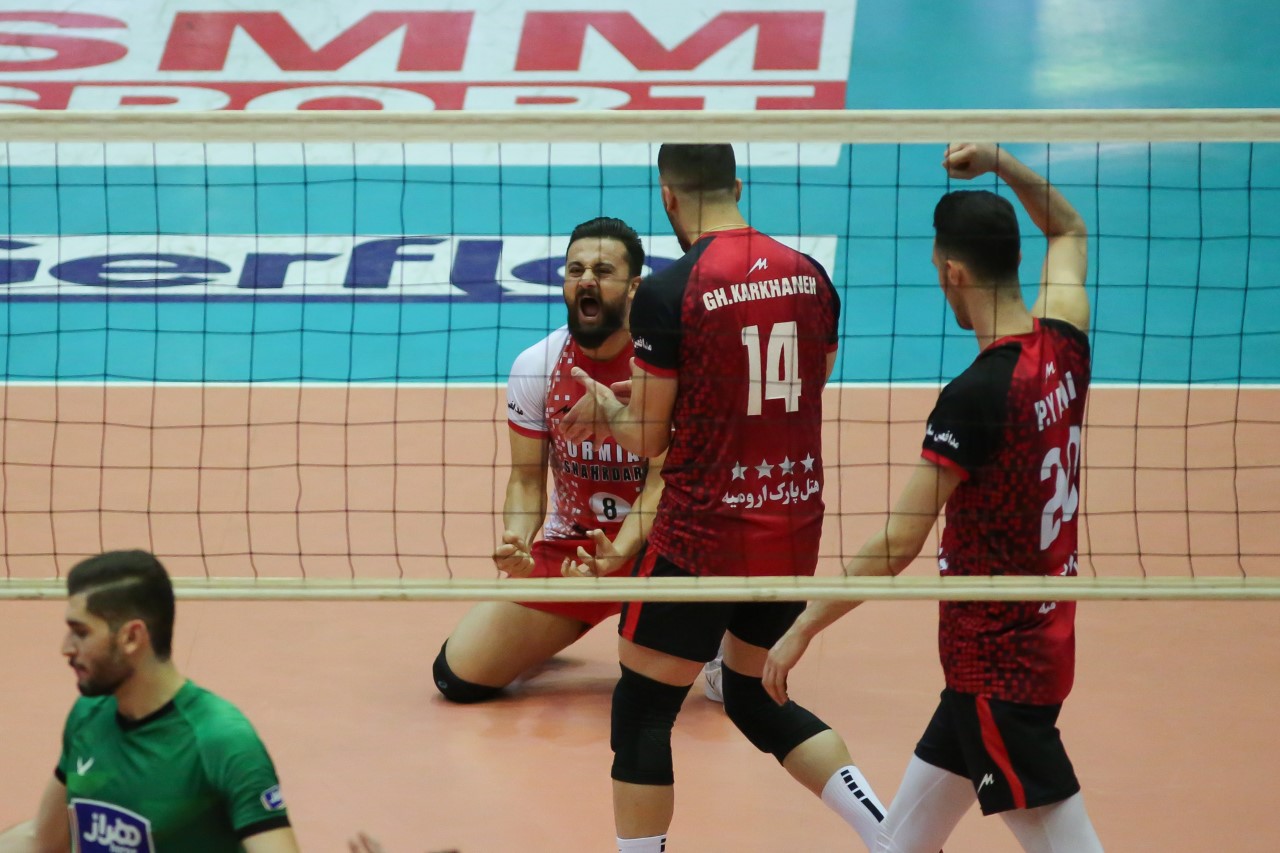 Amol Haraz Labaniat, Urmia Shahrdari, Sirjan Foulad and Sepahan Foulad are top four teams after the playoff round of the Iran’s top-flight professional League and had secured their berths in the semifinals, due to be held on March 5 and 7.

In the best-of-three semifinals, Amol Haraz Labaniat are set to take on Urmia Shahrdari, with Sirjan Foulad challenging Sepahan Foulad. Each participating team are supposed to play twice against the same opponents. 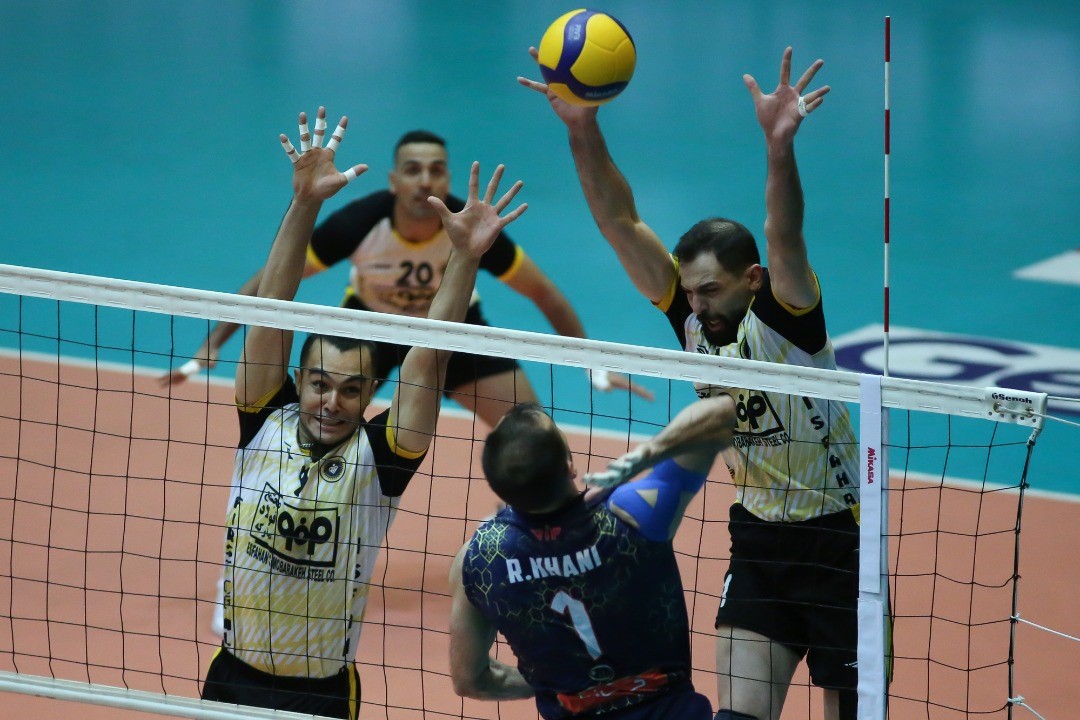 On the first day of the away matches, Sirjan Foulad, the fourth-ranked team of the table in the preliminaries, played a daunting match against Sepahan Foulad, the top side after the conclusion of the 30-week preliminary round. 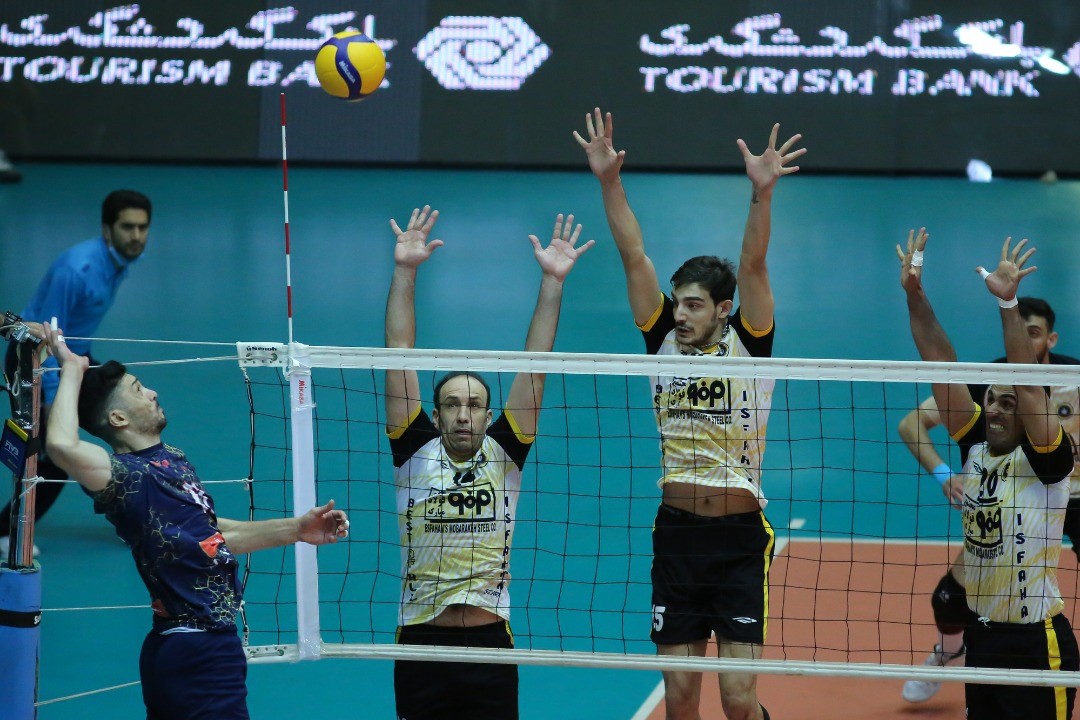 Both sides had the similar performance with two consecutive wins in the playoff round. In the semifinals this time, the mid-season winners Sirjan Foulad proved stronger to stun the tough rivals in hard-fought straight sets 25-20, 25-20, 28-26. 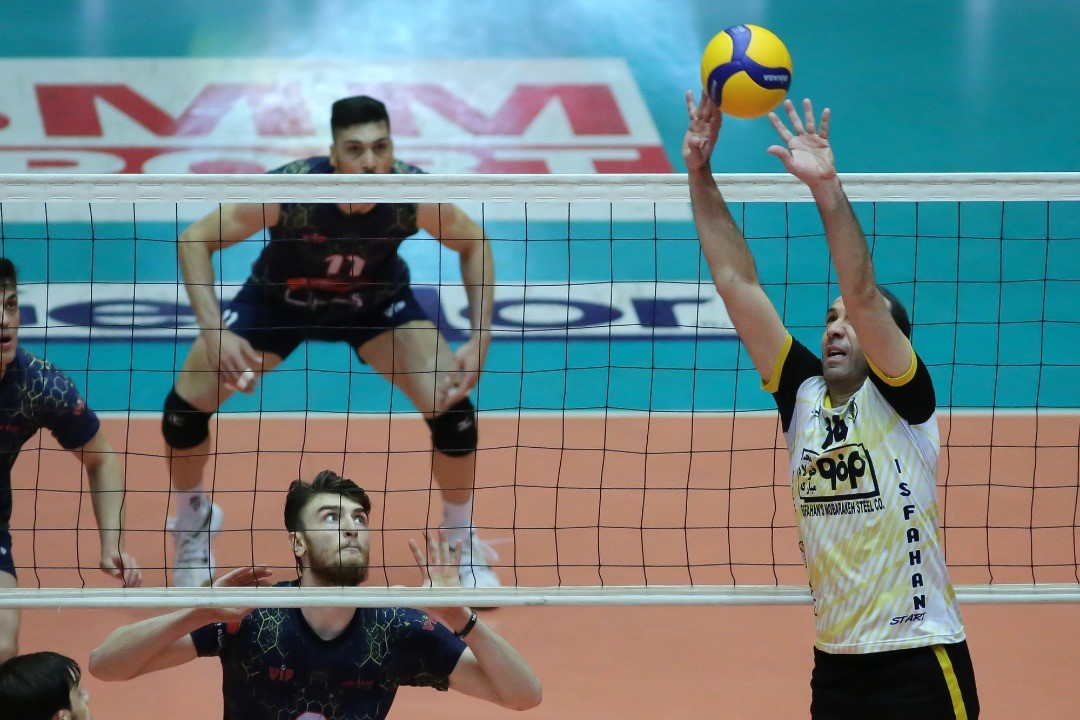 The second encounter saw Urmia Shahrdari, the second-ranked team after the preliminary round, face an uphill task against Haraz Labaniat, the team finishing sixth after the preliminaries. Urmia Shahrdari impressively resisted Haraz Labaniat’s comeback efforts to beat the well-established rivals in epic five-setter 29-27, 30-28, 21-25, 19-25, 15-12. 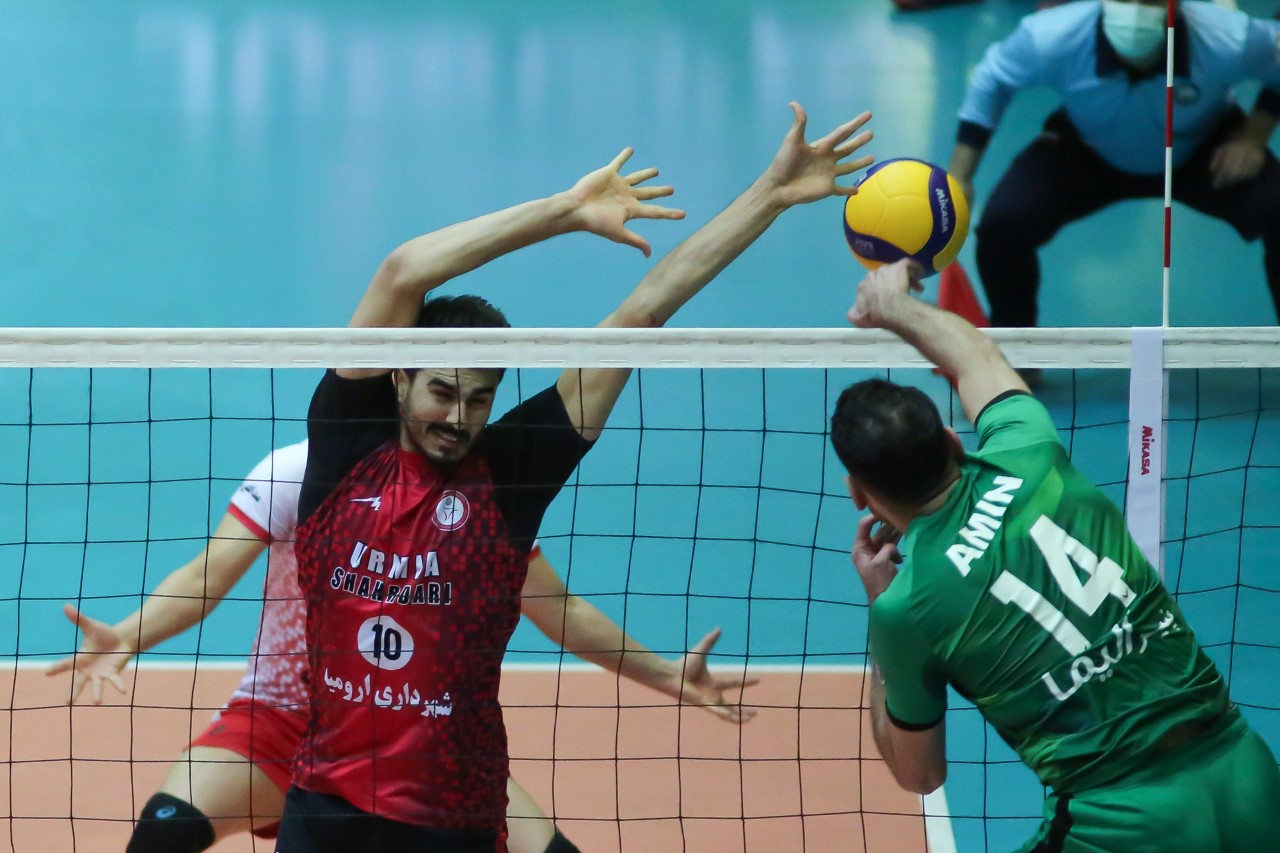 Meysam Salehi scored a match-high 34 points for Urmia Shahrdari, while Shahrooz Homayounfarmanesh chipped in with 29 points for Haraz Labaniat. 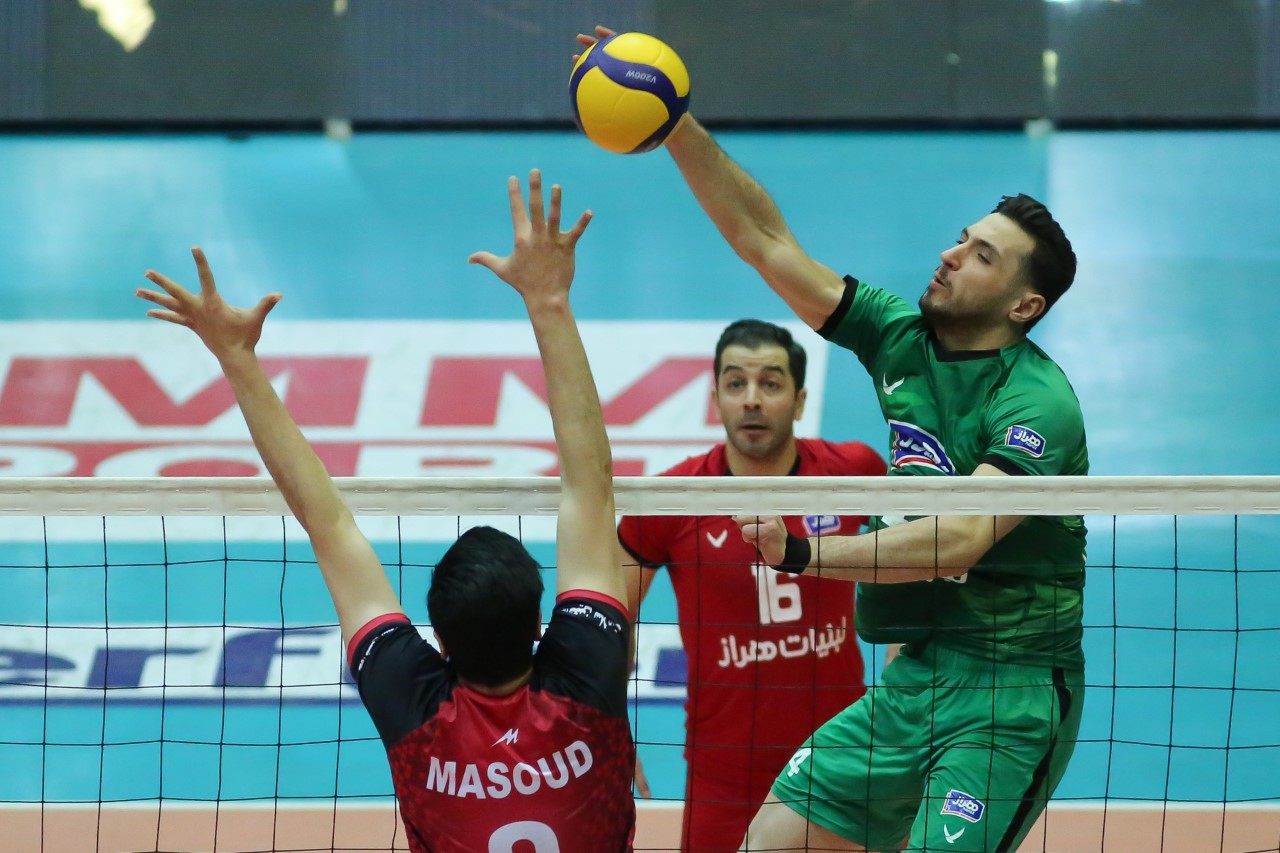 Aside from the loss, Haraz Labaniat suffered a double blow on Friday when Farhad Ghaemi, one of their key players, got injured in the match and was stretchered off court. It is likely that he can’t recover from injury in time ahead of the next match on Sunday. 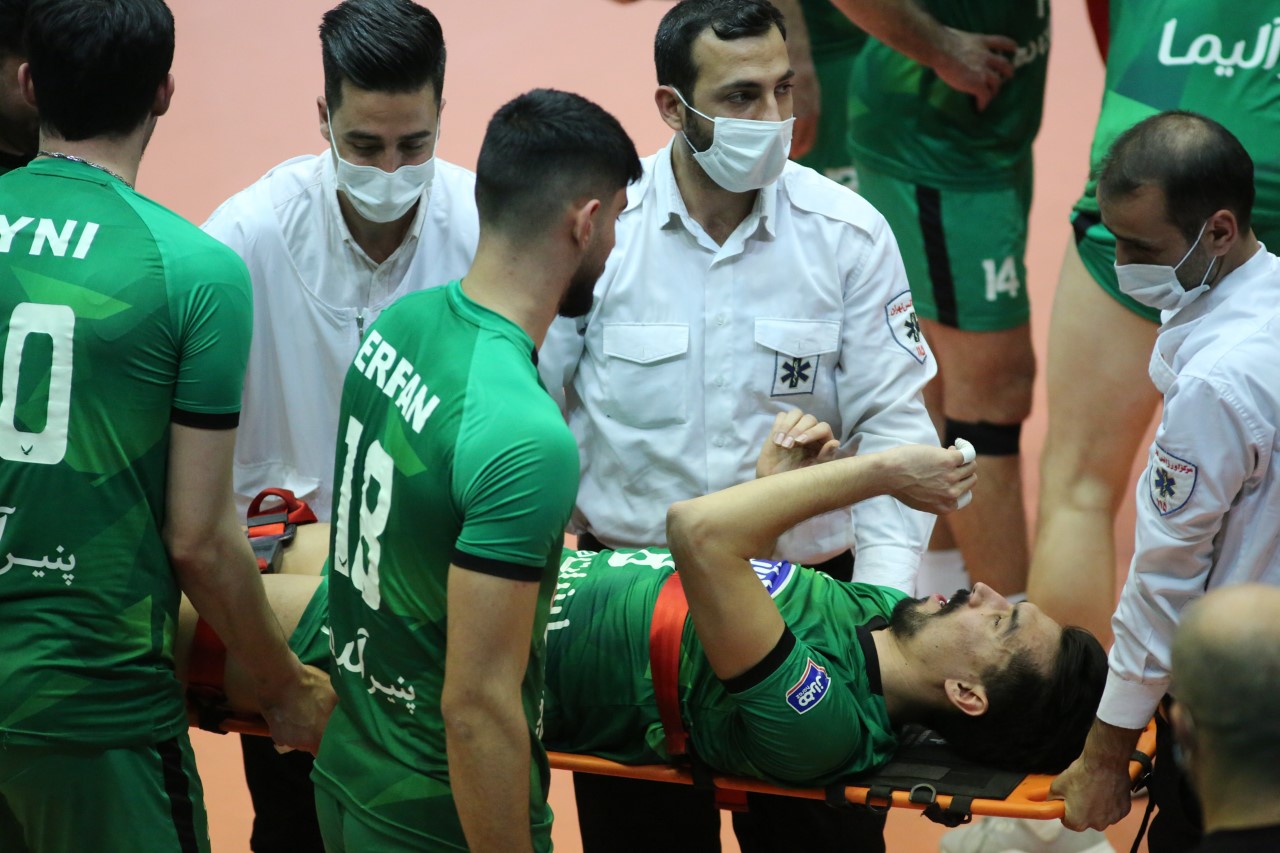 To qualify for the final showdown, teams must win both matches. If two teams end up in a 1-1 tie, the third match will be held to decide the eventual winning team for a place in the final.

All matches will be displayed live via online streaming on YouTube as well as on IRIVF home page as follows:
https://www.youtube.com/channel/UCOtJXdhXpdrmkdp1qce7Blw
https://volleyball.ir/livetv 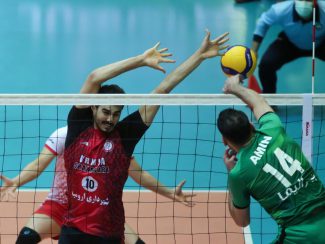 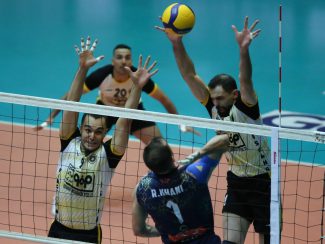 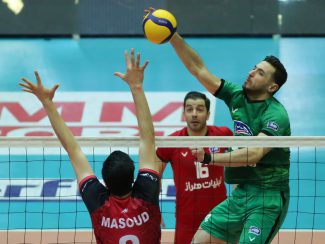 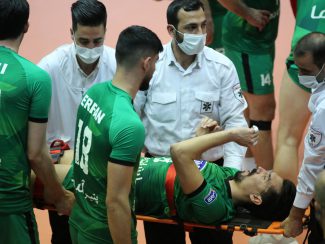 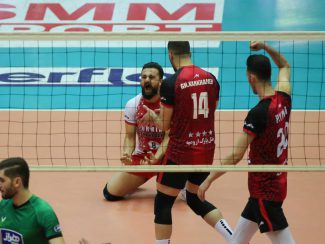 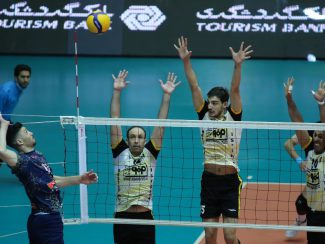 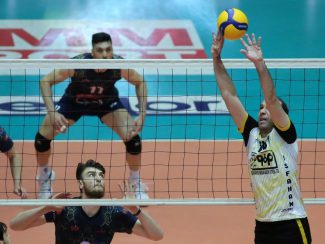 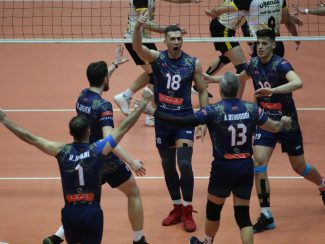