Japan caused major sensation on Sunday as the Asian powerhouses pulled off a stunning 3-2 win against reigning and consecutive two-time VNL champions Russia for three in a row in their first-week campaign of the 2021 FIVB Men’s Volleyball Nations League in Rimini, Italy. 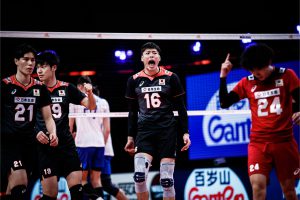 Fresh from stunning Asian champions Iran 3-0 on Friday and edging out the Netherlands 3-2 the following day, Japan, playing without captain Yuki Ishikawa, made a confident start, with Issei Otake and Kenta Takanashi too powerful from spike range to help the team take the close first set 28-26. 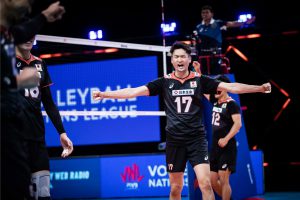 Russia proved their VNL victories in the first two editions were no fluke and bounced back mightily to win the next two sets 28-26, 25-20, thanks to Maxim Mikhaylov’s brilliant individual display with a blistering run of points under the impeccable serving of Egor Kliuka. 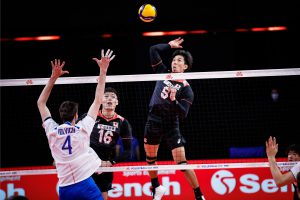 However, Japan’s resilience was showcased through spectacular attacks and blocking from Otake and Takanashi, helping the team seal the deal 25-21 in the fourth set. The decider was more thrilling as both sides put it all out to win the set and match, but Japan played more consistently and confidently to win the tie-breaker 16-14. 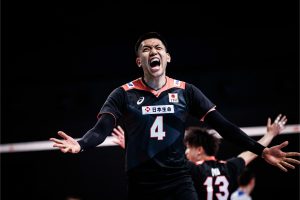 Issei Otake was the Japan’s star to score a match-high 25 points and Kenta Takanashi added 17. Maxim Mikhaylov led Russia with 23 points including 20 attacks and 2 aces, while Yaroslav Podlesnykh claimed additional 17. 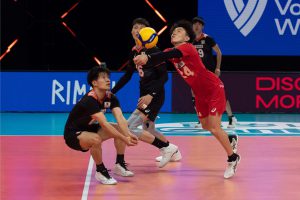 Russia head coach Tuomas Sammelvuo said after the match: “We had to close this game. We were leading and controlling the game, that’s simple, but we didn’t use our opportunities. Japan defend a lot of balls, the ball doesn’t hit the floor easily and they have good reception. So if you lose the patience and you get nervous even for two minutes, it ends like this. Also in our attack we had one-by-one situations and even without blocks, but the ball didn’t touch the court. It’s a game of moments. Two or three minutes and the result might be different, but it’s a good lesson.” 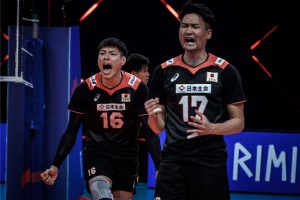 Japan coach Philippe Blain said: “I’m proud of our players, because we came here to gain experience. We came here to fight for every point and not only look at the result – just try to increase our level of our standing and they did perfectly – especially defence, coverage. They are shorter than the Russians. 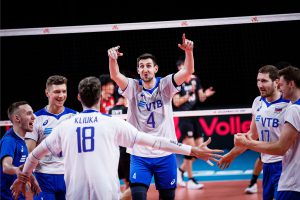 “Playing against great teams like here let us gain important experience, especially ahead of the Olympic Games. We didn’t come here with a specific goal to win. We want to take the maximum experience and win the maximum number of matches and enjoy volleyball, because enjoying volleyball is also important, and that we did tonight.” 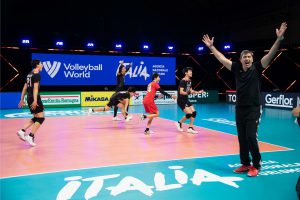 EBADIPOUR PRAISES ALEKNO FOR BUILDING TRUST WITH PLAYERSSEYED MOUSAVI: WE HAVE TO PUSH FOR EVERY VICTORY