SEYED MOUSAVI: WE HAVE TO PUSH FOR EVERY VICTORY

Home / Slider / SEYED MOUSAVI: WE HAVE TO PUSH FOR EVERY VICTORY
By PreechachanIn
Slider Volleyball News

Asian champions Iran found their winning rhythm to taste their first victory at the 2021 FIVB Men’s Volleyball Nations League after 3-0 rout of the Netherlands in Rimini, Italy on Sunday. 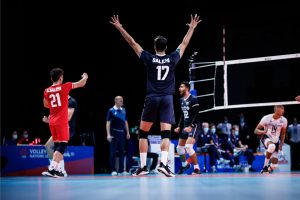 Going down in straight sets to in-form Japan and 1-3 to reigning VNL champions Russia, the Iranians were working as a well-oiled machine on Sunday as they surged away to win their first match in hard-fought three-set thriller 25-18, 25-23, 30-28. 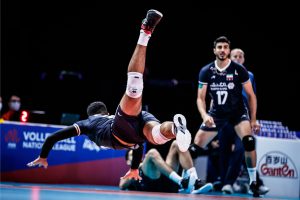 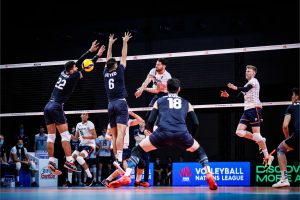 Nimir Abdel-Aziz of the Netherlands said at the virtual mixed zone: “It’s normal that we have changed a little bit our starting six, because it’s a very long tournament where we have to play 15 games, so it’s impossible to always play with the same players. 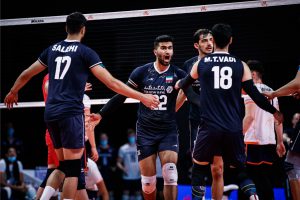 “We are here to learn, so we have to give a chance to every player to play and to improve and to see how it is to compete at this level, so it’s why we started with a different line-up today. We had a chance to win the third set, but we didn’t use it. But it was another learning day. I’m happy that after yesterday’s game when we started good and at the end we didn’t play good as a team, today we didn’t give up even for a moment. It’s a shame that we didn’t take the third set,” he added. 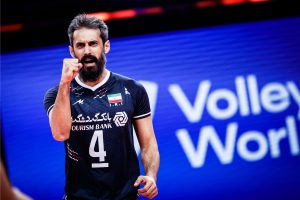 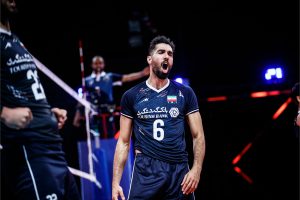 Iran’s Seyed Mousavi said: “We knew that the Netherlands are a good team and at the VNL there are no weaker opponents. We have to give our maximum and push to gain victory. We fought until the end for our country. With our National Team we always want to win big matches and fight hard for every point, like in this match. I’m happy about this victory. Our fighting spirit was a key to success. We struggled in reception and also in attack. In the first two sets we served very well and we managed to put the ball far from our opponents’ setter and we played fast, but in the last set we stopped serving and it was a problem.” 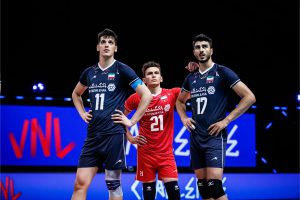