Ten participating teams have been divided into two groups. Police advanced as the top spot of Group A after defeating Al-Khor in straight sets 25-17, 25-17, 25-12 during the encounter that brought the two teams together on Wednesday evening at the QVA Hall.

Group A comprises Police, Al-Rayyan, Al-Wakra, Al-Shamal and Al-Khor Clubs, while Al-Arabi, Al-Gharafa, Qatar, Al-Sadd and Al-Ahli Clubs are in Group B.
Qatar Volleyball Association decided to conduct all its activities without fans in order to ensure the safety of everyone involved in the matches in line with strict measures taken by the Ministry of Public Health to limit the spread of COVID-19. 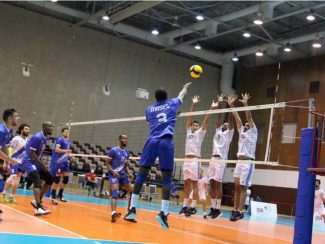