BANGKOK, Thailand, October 17, 2020 — Indian volleyball takes an upbeat approach with the help of their towering middle blockers Prince Malik and Ashawal Rai whose perfect blend of youth and experience provide a positive influence to their country’s rise to regal status in Asian men’s volleyball. 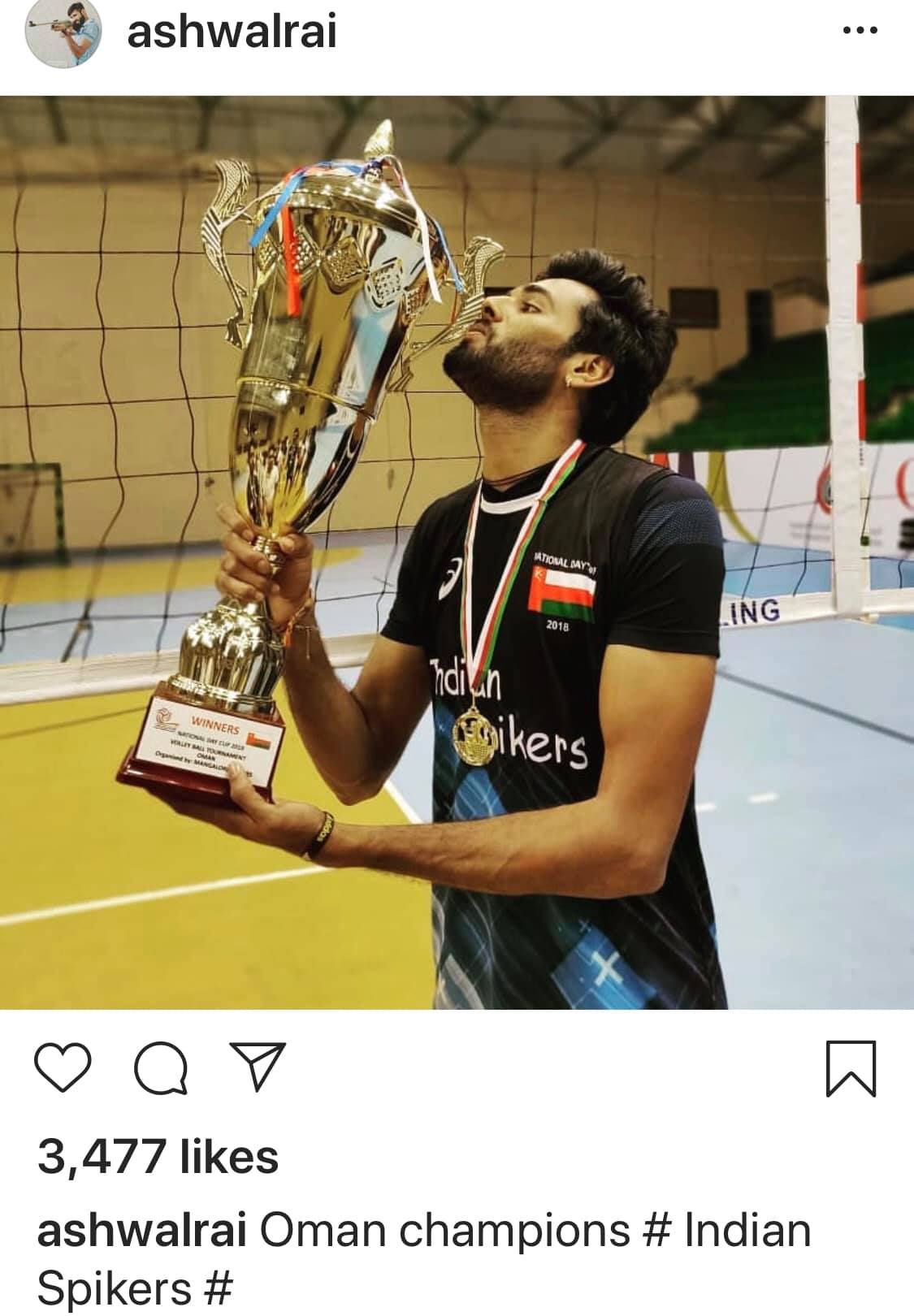 The 27-year-old Rai started his career eight years ago when he attended the SDM College Ujire. “I have also competed in national tournaments and national volleyball camps,” Rai shared.

He then became a force in the international arena, joining the Indian national team in its quest for dominance at the South Asian Games. One of his career highlights came when he was named second Best Middle Blocker at the 2019 Asian Men’s Club Championship in Taipei, where his team Chennai Spartans finished fourth.

“It’s a very proud moment for me to be representing my country and to be able to learn very high level techniques from coaches and great players,” Rai said. 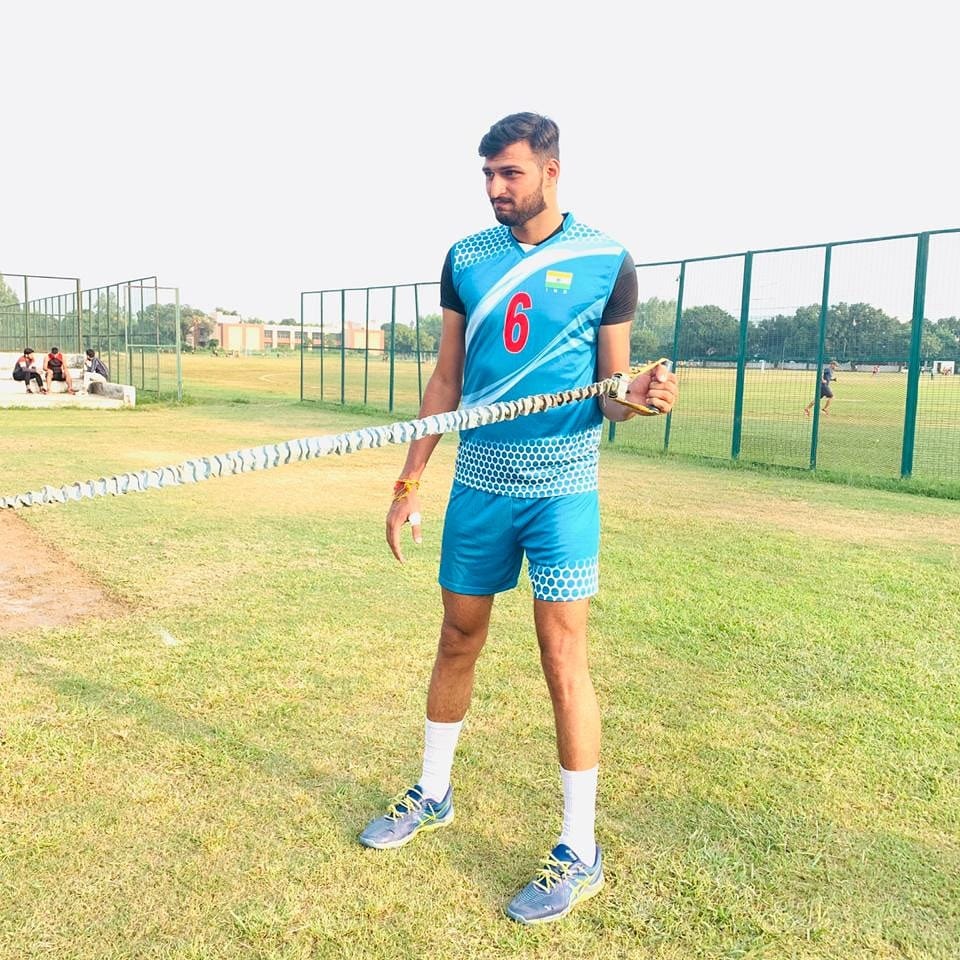 The 22-year-old Malik, on the other hand, was a vital part of the Indian junior and U23 teams. He first stepped on the Taraflex court in 2010 when coaches at his school introduced him to volleyball.

In representing India in international competitions, Malik said, “I personally experienced that the real thrill is only along the way which must be treasured. Undoubtedly, playing internationally not only boosted my confidence but also gave me exposure of a different level.

“My tournament journey was full of fun, fulfilment, anxiety and pressure. The initial nervousness of playing an international tournament was converted into the determination of achieving what I was capable of.”

While Indian volleyball fans are raring to see the middle duo, Rai’s and Malik’s eyes are locked in on one goal: qualifying for the Olympic Games.

“To get selected on an Olympic team, one must win a series of competitions for which I have decided to be persistent towards my untiring practice.

“I have faith in one fact: ‘It’s the magic of risking everything for a dream that nobody sees but you. I want to inculcate this faith in others too so that they can reach their dreams while believing in themselves,” Malik said. 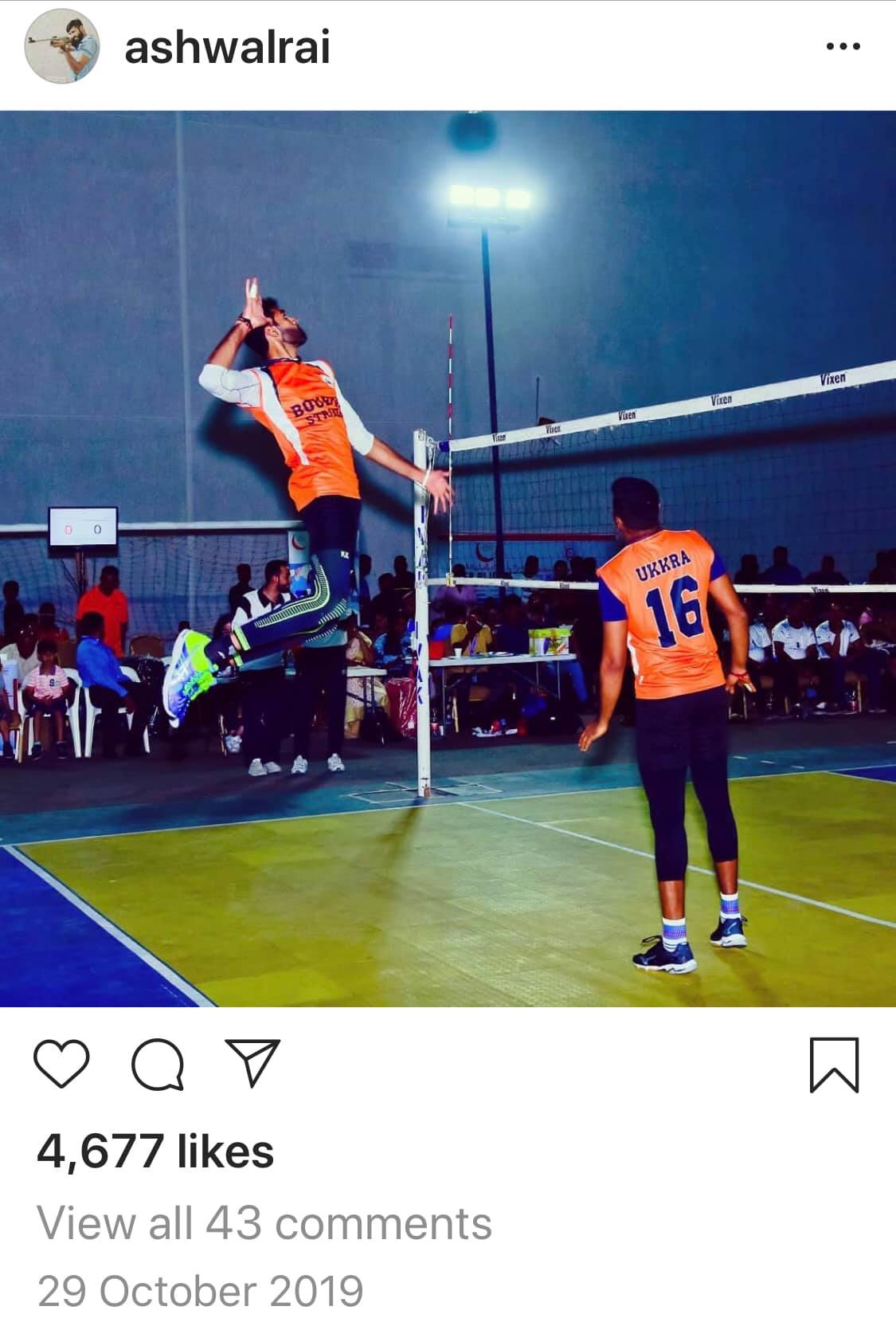 Malik and Rai are confident volleyball in their country is constantly on the rise, as they contribute to a bright future for the Indian national team.

“The volleyball landscape in India is evolving day by day, players are getting bigger and stronger.

“On the other hand, clubs are popping up all the time which provide platform for players to learn and develop their skills. This gives a lot more opportunities for the players across the country to showcase their abilities and get recognition at country level,” the young Malik said. 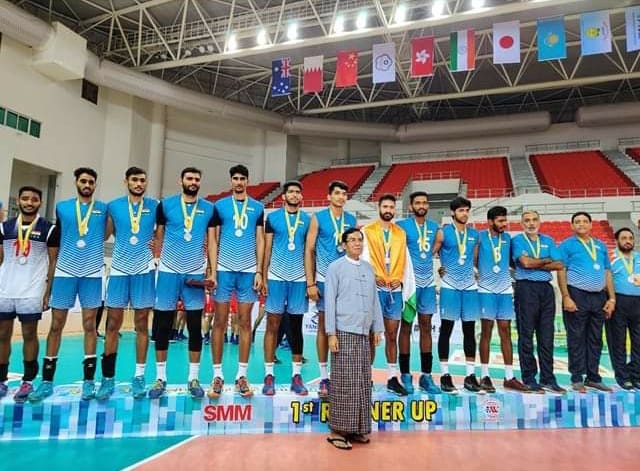 But in order to achieve their Olympic dreams, Rai said it will all depend on how they keep themselves up for the challenge and ready to deliver when called upon. With that, he vowed, “I will make myself fit and ready to play anytime for India.”

Malik, meanwhile, said reaching their goals would mean stepping out of their comfort zone, embracing new experiences and constantly working hard to improve themselves.

“Developing from an average player to a good player demands patience, dedication and a focus on improving your skills.

“Focusing on my improvement areas and my strengths prepare myself well to perform best. All these efforts have helped me in being the best in the league.” 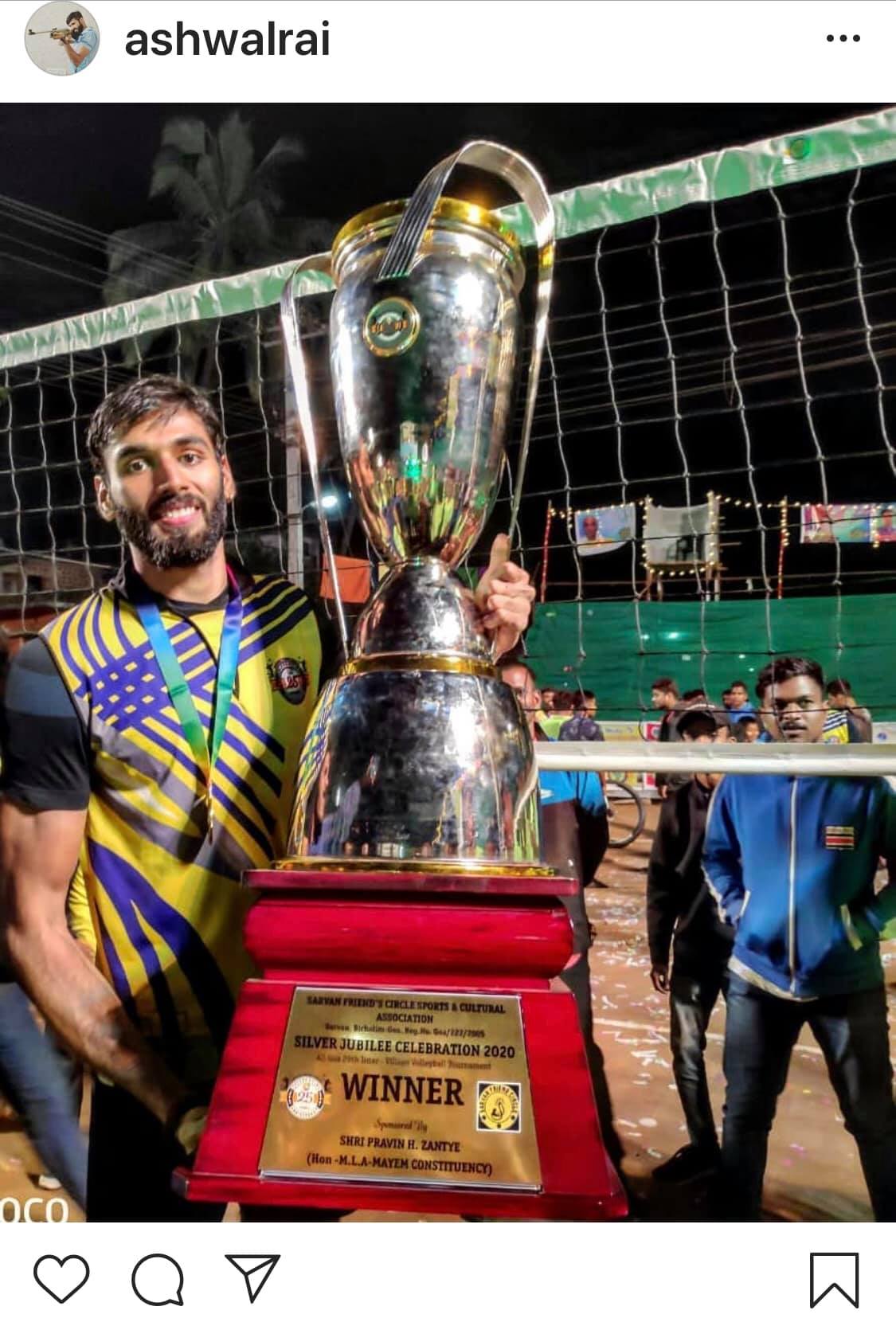 For Rai, India’s gradual rise to international recognition is a fruit of their tireless work on the gym and years of dedication. With a bright future ahead of them, he said there is nowhere to go but keep on soaring higher and further.

“I am always trying not to give up in any difficult situation. Now, all my hard work in volleyball has been paying off,” he said. 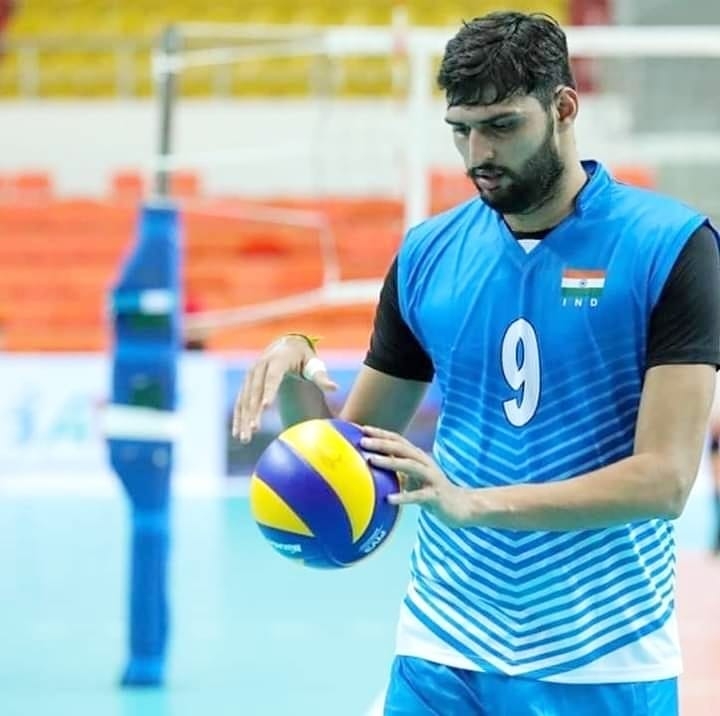 It is all about passion and persistence for Malik to be one of India’s most promising players. As they receive the torch to keep the light on India’s hopes up, Malik vowed to always keep a room for improvement to remain at his best.

“I will not keep unrealistic goals which ultimately become burdensome in my training regimen, but rather set goals that would serve as standards of excellence in my entire journey. Last but not least, my focus is to become mentally resilient.”