Norway’s Anders Mol and Christian Sorum and Qatar’s Cherif Samba and Ahmed Tijan will meet in Cancun with FIVB Beach Volleyball World Tour gold medals on the line for the second time in six days on Monday after the teams won a pair of matches at the Playa Delfines on Sunday.

The winners of the first 4-star tournament of the Cancun Hub, Mol and Sorum played six sets during the day and needed to use every drop of energy they had left to advance to the gold medal match for the second time. 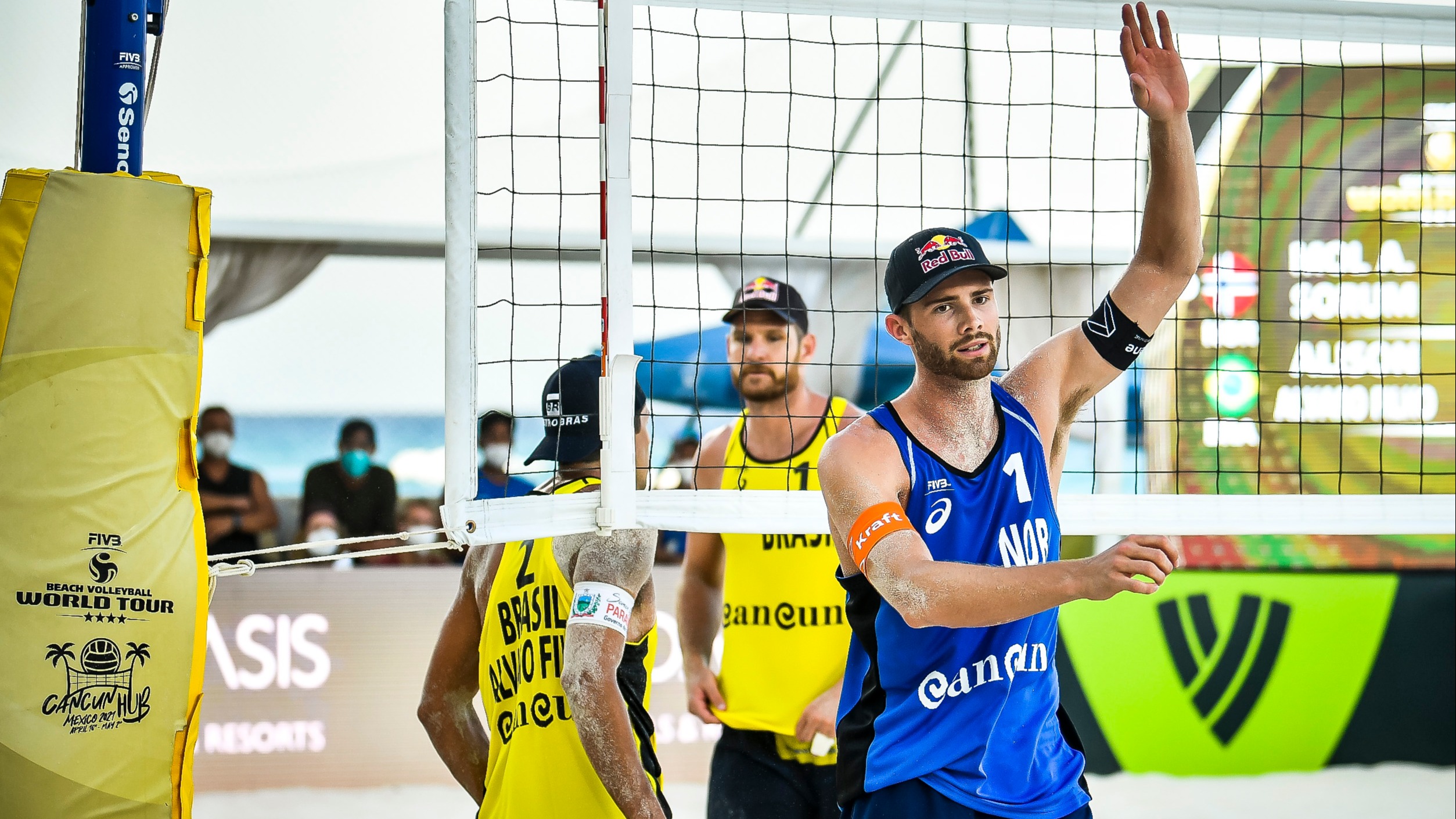 “It was a really, really strange match,” Mol said about the meeting with the Brazilians. “They didn’t have any rhythm in the first set and we were kind of getting slowed by that too. We thought it could be an easy game but they fought back really hard in the second set and kind of surprised me with some serves. It was a little tough, my legs are really sore now as we’ve played 11 matches in nine days and our bodies are certainly tired. We still got the victory, which is the most important thing, and I’m very proud about the way we handled it.”

Cherif and Ahmed, who took silver last week after finishing fourth at the season-opening Katara Cup in Doha last month, are the only team to appear in the semifinals of each of the three 4-star World Tour tournaments played so far in 2021.

The Qataris had somewhat of a less exhausting day than the Norwegians as they prevailed against two Italian teams but needed only two sets to beat Rio 2016 Olympic silver medalists Daniele Lupo and Paolo Nicolai 21-17, 21-16 in the quarterfinals and another two to down Adrian Carambula and Enrico Rossi, who had defeated them on pool play on Friday, 21-16, 21-10.

“Tomorrow it will be different, I promise,” Ahmed commented about the upcoming match against the Norwegians. “We’re going to come to the match differently and it won’t be the same game for Norway, it’s not going to be like the previous one, I can 100% guarantee.”

Norwegians and Qataris have met four times in the World Tour before with each side taking the win on two occasions.

The medal matches of the second tournament of the Cancun Hub will be streamed live on the Beach Volleyball World Youtube channel. https://www.youtube.com/channel/UCHQUWveEpeO1KTkwbDn6jNA Subscribe, log in and set reminders to receive notifications when streams begin.

CHINA: IN QUEST FOR THEIR FIRST VNL FINALFIVB UPDATE ON COVID-19 PROTOCOLS AT CANCUN HUB