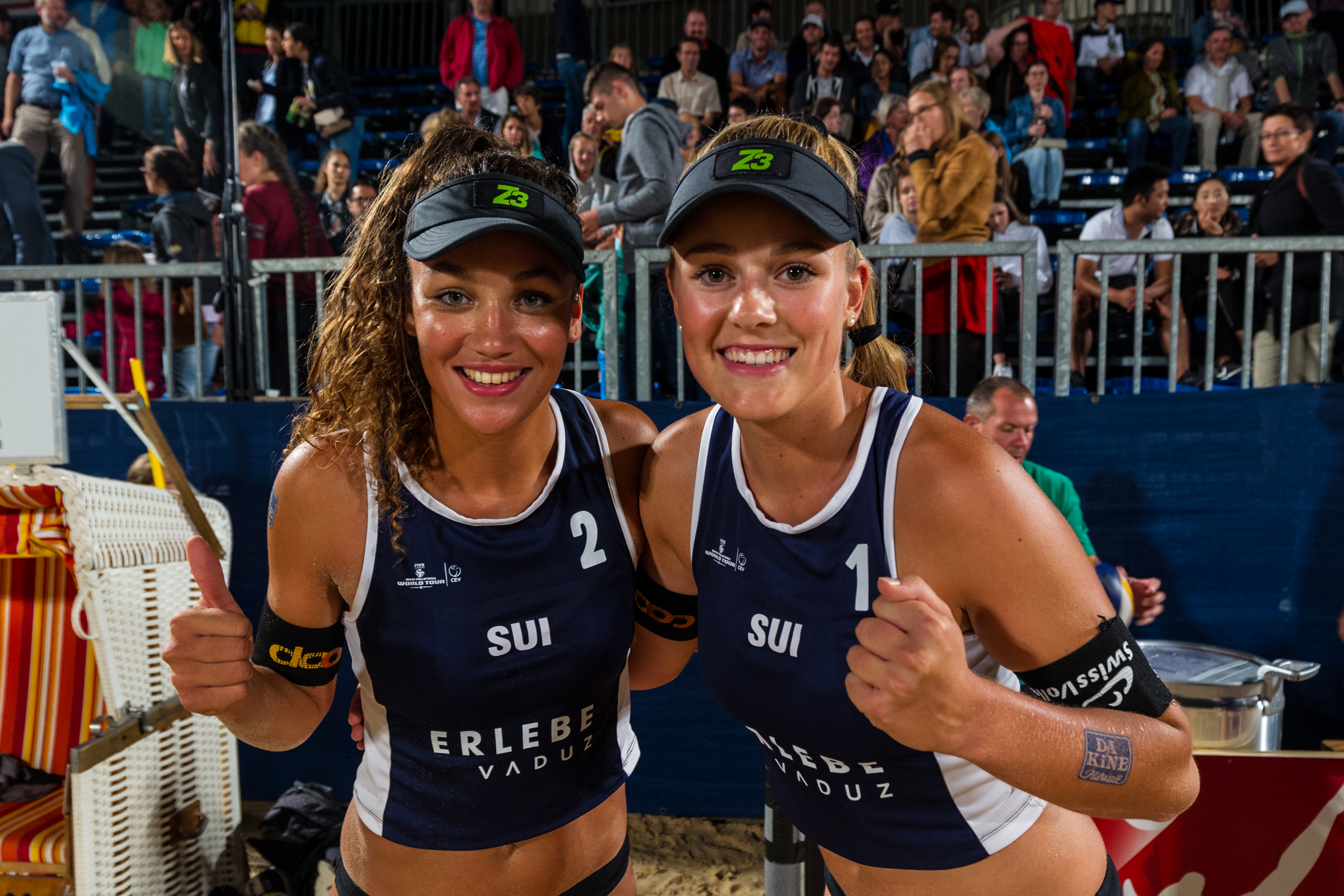 After competing for a bronze medal last week at the Boracay Open in the Philippines, Brittany Kendall/Stefanie Weiler of Australia and Tjasa Jancar/Tjasa Kotnik of Slovenia are also playing in the Nantong qualifier.  On Sunday in Boracay, Kendall and Weiler defeated Jancar and Kotnik 2-1 (23-25, 21-13, 15-13) in the 46-minute third-place match.

Other teams with FIVB World Tour final four finishes in the Silk Road Nantong Open qualifier are the Strauss (Nadine and Teresa) sisters of Austria, Dimitra Manavi/Konstantina Tsopoulou of Greece, and the Japanese pairs of Azusa Futami/Akiko Hasegawa and Yurika Sakaguchi/Chiyo Suzuki.

Headlining the Chinese entrants in the Silk Road Nantong Open will be Jingzhe Wang and Shuhui Wen, who captured an FIVB World Tour gold medal earlier this season with a 2-0 (21-14, 26-24) gold medal victory on home sand in Zhongwei over compatriots Fan Wang/Chen Xue in a 39-minute finale September 16.
Wen also captured the inaugural Nantong Open in June 2017 with Xinyi Xia by defeating compatriots Xinxin Wang/Chen Xue 2-0 (21-18, 21-14) in the 31-minute all-Chinese finale.

Two of the three teams that placed on the second annual Nantong Open podium have entered this year’s event, including silver medal winners Gaia Traballi and Agata Zuccarelli of Italy and bronze medal recipients Phoebe Bell and Jessyka Ngauamo of Australia.

Host China’s best placement in the Nantong Open in 2018 was a fifth by Xinxin Wang and Xinyi Xia, who were eliminated by Traballi and Zuccarelli in the quarterfinals. In the bronze medal match, Bell and Ngauamo captured the third spot on the 2018 Nantong podium with a 2-0 (21-17, 21-18) win in 37 minutes over Ayumi Kusano/Takemi Nishibori of Japan.

The Silk Road Nantong Open is the first of two back-to-back women’s international beach volleyball events in China as the city located on the northern bank of the Yangtze River stages the sixth of nine FIVB World Tour stops in China during the 2018-2019 season.

Following the Silk Road Nantong Open, which is the 25th women’s event on the 2018-2019 FIVB World Tour calendar, Nanjing hosts the world’s elite women’s beach volleyball players June 6-9. The final two Chinese FIVB tournaments on this season’s schedule will be at Qidong and Zhongwei in July and August, respectively. 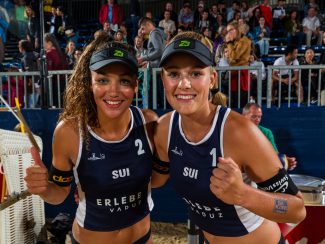 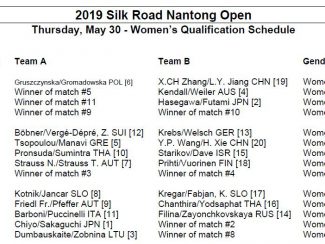 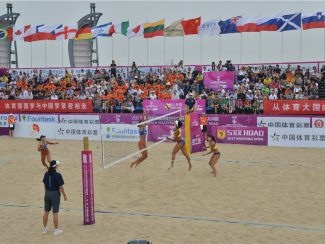