Bangkok, Thailand, September 6, 2020 – Qatar Volleyball Association announced on its official website volleyball.qa on September 1 a revised schedule for the 2019/2020 competition season with the National Volleyball Championship taking place from Sept. 10-14, the conclusion of the men’s league in October 2 and the Qatar Cup tournament from October 7 to 14.

The draw for the HH the Amir Volleyball Cup will be held on October 3 at the QVA Headquarters.

Qatar Volleyball Association also issued an amended timetable for the start of volleyball competitions for the 2020/2021 season, with the junior league starting on September 13.

Additionally, the general junior league begins September 14, the men’s general league on November 12 and the first festival of U12 volleyball with a 4 by 4 system will take place on November 21. 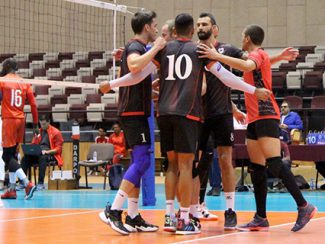