Nakhon Ratchasima, Thailand, October 13, 2021 – Determined Rebisco Philippines broke their jinx on Wednesday as they edged out past a battling CEB Sports Club in thrilling tie-breaker for their first and last win alike in the 2021 Asian Men’s Club Volleyball Championship at Terminal 21 Hall here. 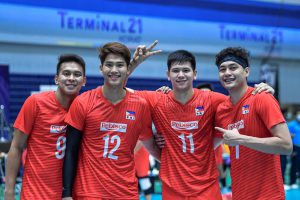 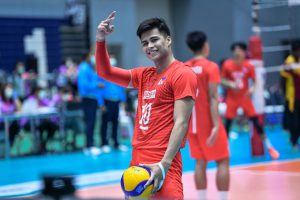 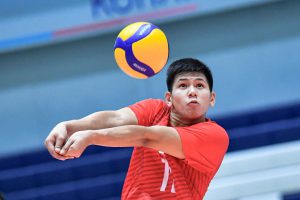 Hoping to save the best for last, Rebisco Philippines started with some beautiful shots from talented Joshua Umandal and Mark Gil Alfafara in the first set, while the Sri Lankan form was far from flawless and became more prone with unforced mistakes. The Filipinos pulled into the lead with an 8-point clear at 16-8 and stretched it to 21-11, taking advantage of the opponents’ erratic serving and attacking. As Rebisco Philippines grew in confidence and went on their aggression, CEB Sports Club failed to make their mark and lost the opening set 14-25. 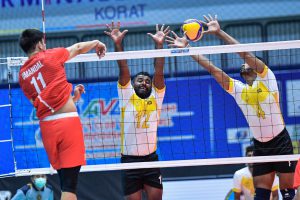 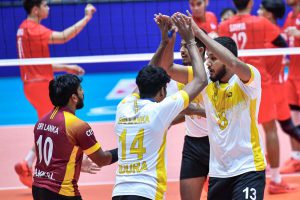 In the third set, Rebisco Philippines showed tremendous courage and defensive resilience to win some crucial points in the tough-looking match. They managed to prove their superiority over the opponents in the entertaining set to win 25-18 to capture a commanding 2-1 lead. 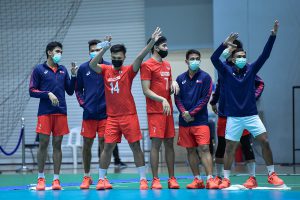 Both teams came all-out in the fourth set, but Rebisco Philippines gained the upper hand to take an initial 4-1 lead before CEB Sports Club bounced back with attacks and terrific jump serves, which allowed the Filipinos reception difficulties. It was more thrilling when both sides traded attacks which saw the lead change hands for a while. Levelling at 8-8, CEB Sports Club kept their rhythm and remained solid defensively. Although Rebisco stayed in front with a 3-point clear at 18-15, the Sri Lankans responded well to eventually come through to win the come-from-behind set 25-21 for a 2-2 tie. 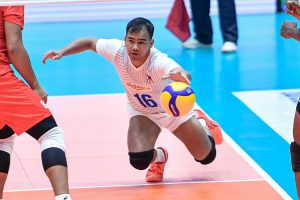 In the decider, Joshua Umandal had some good shots and the team’s efficient blocks worked out pretty well. Rebisco Philippines captured the set 15-11, match and the 9th place. CEB Sports Club did not win a match in this championship and returned with heads low in disappointment with the bottom 10th position. 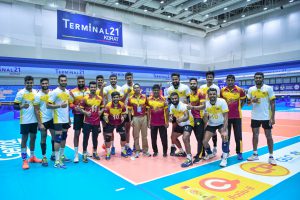