Hanoi, Vietnam, July 12, 2019 – A list of referees to officiate at the 3rd Asian Women’s U23 Volleyball Championship here from July 13 to 21 have been announced by AVC, with only two of them getting used to the Challenge System. 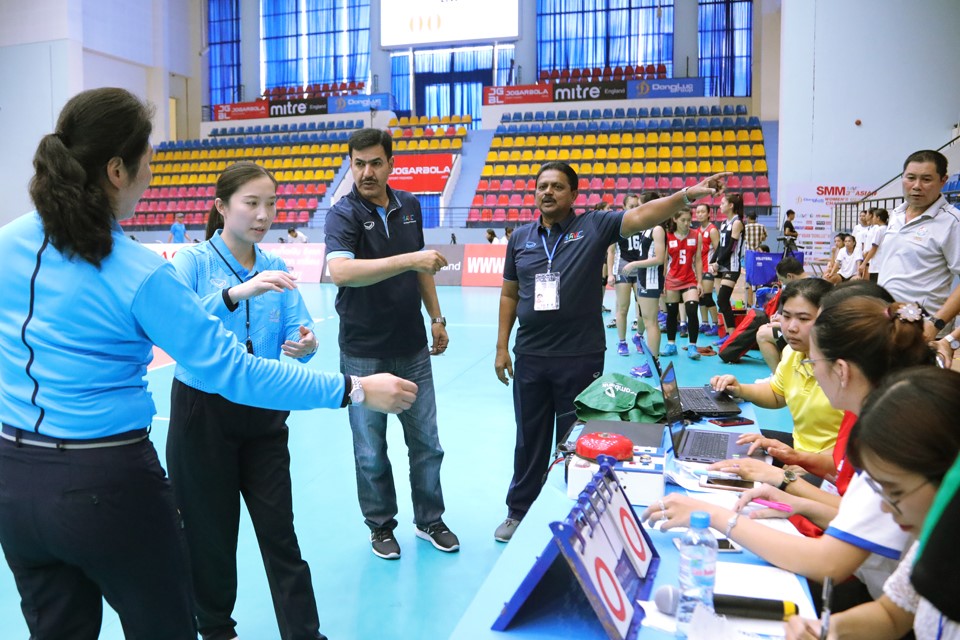 A total of 13 teams are strutting their stuff in the nine-day championship, vying for the top honour as the “Asian champions” in the women’s U23 division. The competition is due to start on Saturday, July 13 at main gymnasium Gia Lum and second hall Tan Ho in Hanoi. 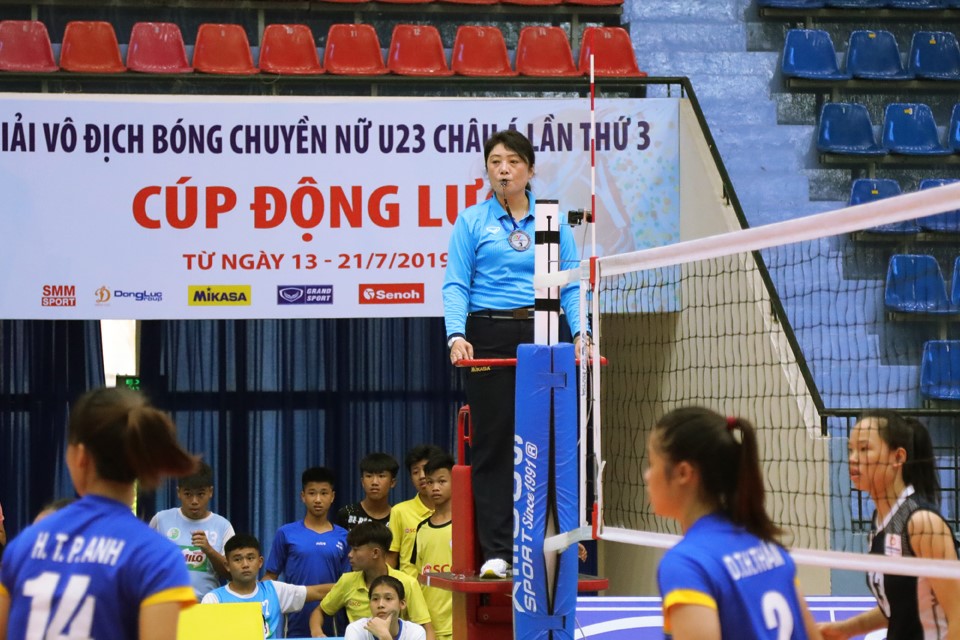 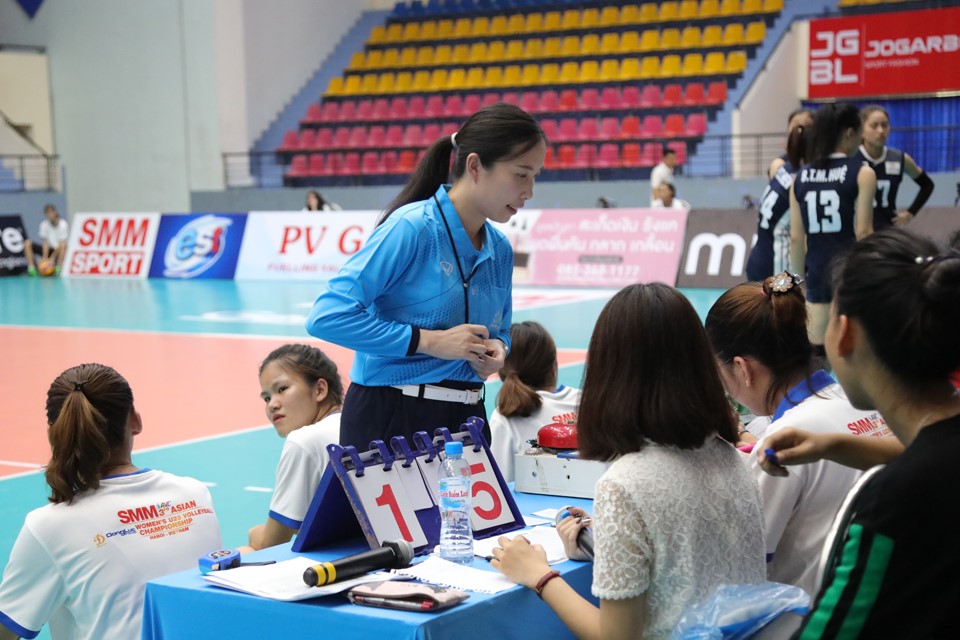 Referee Sub-Committee Mr Beny Coonghe from India explained that each participating team sent a list of three referees to AVC and AVC Referees Committee Chairman Mr Songsak Charoenpong, himself member of the FIVB Rules of the Games & Refereeing Commission, to make a decision.

According to Mr Beny, only one referee, normally the first name submitted, from each participating team would be selected to officiate at the championship under the guidance of Referee Delegate Mr Abdul Khaliq Alsabah from Bahrain, Referee Sub-Committee Mr Abdullah Alenezi from Kuwait and Mr Beny.

Among the 15 referees assigned to officiate the Hanoi-hosted Championship, only Ms Jang Jong Hyang from DPR Korea and Ms Jeeraprapa Nontapa from Thailand are well-acquainted with the Challenge System, a system used to assist the referees in the decision making process in order to make the game absolutely fair to the athletes’ actions and as a result, teams may request a review of actions which they suspect are faults not identified and thus whistled or signalled by the referees or line judges. 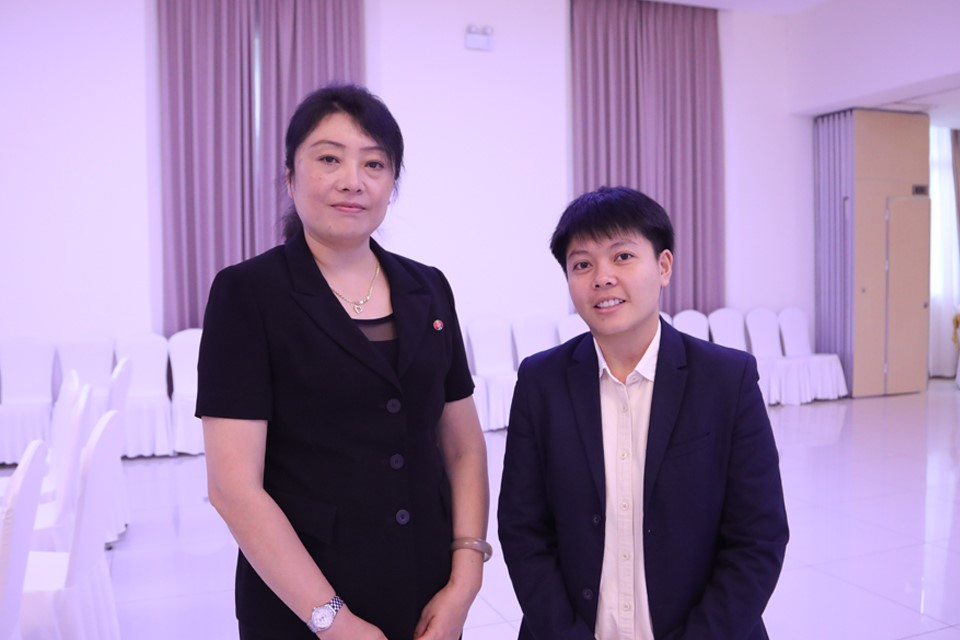 “This is my second time to have a good opportunity of officiating at international competitions. My debut effort was at the last year’s Southeast Asian Girls’ U17 “Princess Cup” Volleyball Championship in Nakhon Pathom, Thailand. I had already got used to the Challenge System since I was assigned as the referee in the Thailand League in the previous season. However, I admit that I feel a bit excited with officiating in this Asian Women’s U23 Championship since it’s the biggest international tournament I had taken part in. I will do my duty to my best of my ability,” said the 27-year-old Jeeraprapa Nontapa, the AVC International Referee Candidate from Thailand.

Asked about her experience officiating at AVC Championships with the Challenge System, Ms Jang Jong Hyang, the FIVB International Referee from DPR Korea, said, “I have been officiating at around 6-7 AVC Championships, three of them had to deal with the use of Challenge System. Prior to coming here for the 3rd Asian Women’s U23 Championship, I had been nominated to officiate at the Asian Women’s Club Championship in Tianjin, China. I don’t think I will have any problem with the System as I started to get familiar with it. At first, I admit that it was a difficult thing to learn and obtain experience. However, the more I have been working with it, the more of confidence gained. I don’t feel excited with the use of Challenge System here. Oppositely, I think I will have fun with it and I hope the other referees will think the same. I’m ready to help everyone in case my knowledge and experience can assist the others in reducing their anxiety,” said Jang Jong Hyang.

Ahead of their true duty on the competition day of the 3rd Asian Women’s U23 Volleyball Championship, all referees on Friday attended the Referee Clinic for both theory and practise at the main hall Gia Lum. At the end of the test, Referee Delegate Mr Abdul Khaliq Alsabah praised their performances and wished them a success in the championship.

Following are the list of referees to officiate at the 3rd Asian Women’s U23 Volleyball Championship in Hanoi, Vietnam from July 13 to 21. 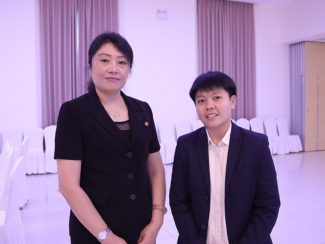 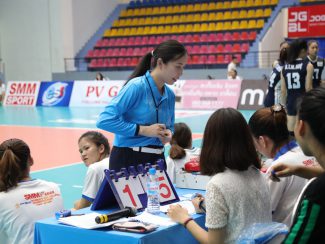 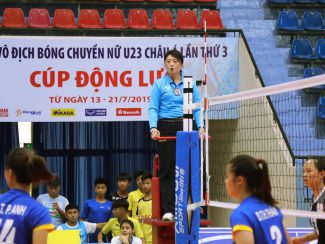 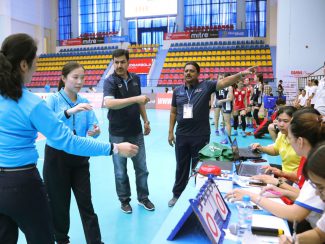 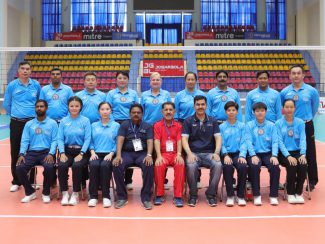