Bangkok, Thailand, July 25, 2021 – Ebrar Karakurt scored a match-high 18 points to steer irresistible Turkey to an exceptional straight-set win against China in their opening Pool B clash in the Tokyo 2020 volleyball tournament at Ariake Arena in Tokyo, Japan on Sunday. 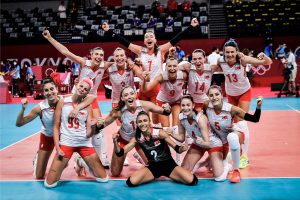 Turkey, current 4th in the world ranking, performed brilliantly to stun the star-studded Chinese side 25-21, 25-14, 25-14 to claim their first 3 points in the quadrennial sports extravaganza. China, which had won several major titles including the 2019 World Cup, the 2017 World Grand Champions Cup and the previous Games in Rio de Janeiro, Brazil five years ago, started well in the first set, but Turkey clawed their way back to win the hard-fought set 25-21, thanks to Karakurt’s powerful attacks and solid blocks by Eda Erdem Dundar and Zehra Gunes. 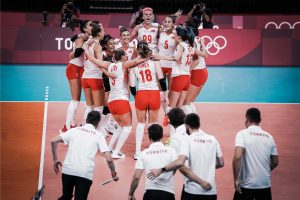 China’s form remained in the doldrums in the second set which saw the strong European opponents gain the upper hand initially to lead 7-0. China replaced their dominant force Zhu Ting with left-hander Li Yingying, hoping to make amends for the disappointing performance. Still, the momentum was with Giovanni Guidetti’s girls and they continued to put the Asian powerhouses under enormous pressure in the set. Despite putting up a brave fight, Lang Ping’s side slumped to 14-25 loss in the second set. 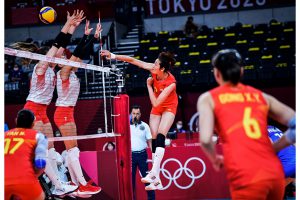 Holding a 0-2 disadvantage, China fought hard in the third set with some fierce defence and spectacular attacks. However, Turkey continued their good show, with Karakurt, Hande Baladin and Eda Erdem joining forces to penetrate the Chinese defence into shreds with their explosive attacks for the 25-14 win in the set and match. 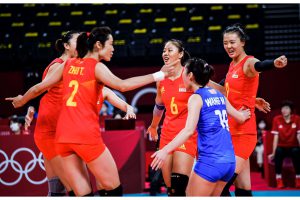 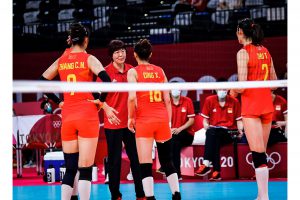 Daunting tasks await both Turkey and China in their next matches on Tuesday, with the former taking on Italy, powered by star spiker Paola Egonu, and the latter going up against the USA, world No.1 and consecutive three-time Volleyball Nations League champions. Italy powered past Russia in straight sets 25-23, 25-19, 25-14 on Sunday, while the USA shut out Argentina 25-20, 25-19, 25-20. 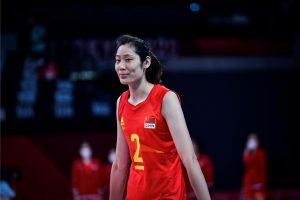