Bangkok, Thailand, July 24, 2021 – Asian winners Iran recovered from one set down to beat defending and consecutive two-time world champions Poland in hard-fought five-set thriller in their highly-anticipated Pool A clash in the Tokyo 2020 volleyball tournament at Ariake Arena in Tokyo, Japan on Saturday. 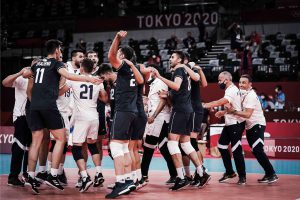 Iran lost the first set 18-25, but came back to beat the Poles 25-22, 25-22 in the next two sets. Poland surged away to win the fourth set 25-22 for a 2-2 tie, forcing the tie-breaker to determine the eventual winners in this competitive match. The decider remained a see-saw battle which finally ended closely-contested 23-21 in favour of the Asian side. For Iran, it was a sweet revenge against Poland for the disappointing 0-3 loss in the fifth week of the recent Volleyball Nations League in Rimini, Italy. 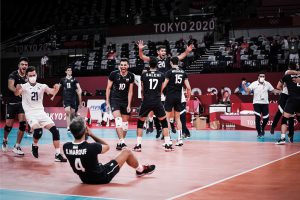 “I am so happy we were able to win this tough match. I think our fans would still be proud of us even if we lost this match, because they know we gave it our all in this match,” Ghafour said.

“It was a pressure point and we are always put in many situations like this, but I think it was our good system of blocking and defending that helped us today,” Ebadipour said.

“Both teams played a really amazing game, but I think we grabbed that chance to win this time.” 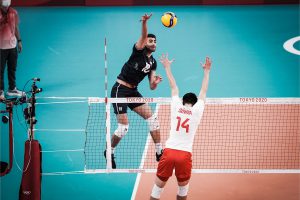 In this match, Poland, current world No.2 and silver medallists at the 2021 VNL, fared better with 62 attacks and 7 aces. Producing 58 attack hits and 4 aces, the Asian powerhouses came up with 11 blocks and also had the advantage on the opponent error with 40. 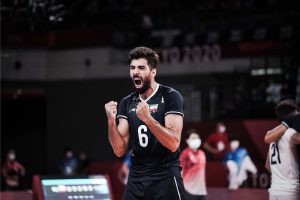 Iran are due to next take on Venezuela, which succumbed to 0-3 defeat to hosts Japan, in the first match on Monday, while Poland will play Italy, which registered their first win in Tokyo after stunning 3-2 win against Canada on Saturday, 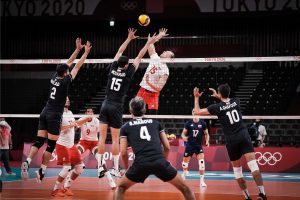