In the highly-anticipated clash before a large number of spectators inside the competition site, Saudi Arabia, the only undefeated team in the 10-day championship, struggled to beat Bahrain in hard-fought three-set thriller 27-25, 25-18, 25-22 to eventually underline their supremacy over the inaugural competition with remarkable unbeaten record.

The aggressive confrontation in the final clash began with excitement that ignited one of the most-watched competitions between the two strong teams. Both Saudi Arabia and Bahrain similarly came up with hard attacks, effective blocks and well-placed serves which saw lead change hands for several times. However, the Saudi Arabians fared better at home stretch to clinch the hotly-contested opening set 27-25.

The second set turned out to be a more comfortable task for the host side. Making a confident start, Saudi Arabia gained control and once stayed in front with a 10-point clear. Bahrain struck back bravely, but their attempts were to no avail. The host team sealed the second set 25-18 to stretch the lead to 2-0. Going down two straight sets, Bahrain gradually pulled their game together in the third set to surge ahead Saudi Arabia with a 5-point lead. However, the hosts’ greater determination proved too much for the visitors. Boosted by the cheering home crowd, Saudi Arabia counter-attacked well to get the lead back on track and went on their fine form to capture the well-fought set 25-22, match and the championship. In the third-place playoff clash earlier, Iraq survived a strong challenge from Lebanon to see off the tough oppositions in close battle 25-20, 25-12, 26-28, 20-25, 15-12. The Iraqis took home bronze medal, with Lebanon finishing in fourth place. 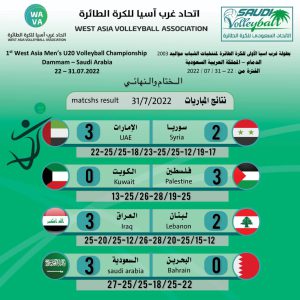 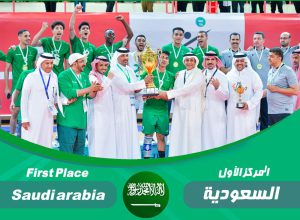 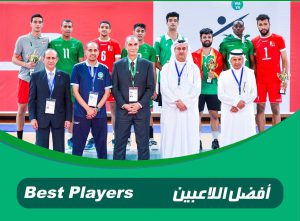