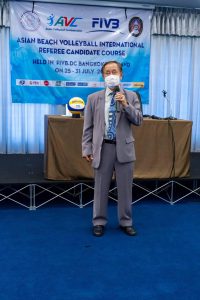 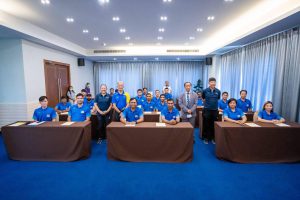 According to the full week of productive workshop, the first three-day lecture was aimed at training candidates and improving and updating their fundamental knowledge and competence of beach volleyball rules. 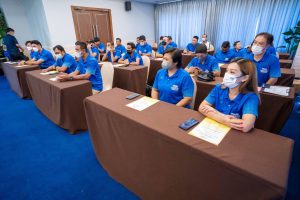 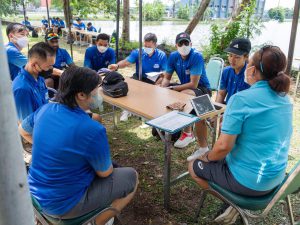 At midway of the course on July 28, the practical part started, with Thailand women’s national beach volleyball team offering a suitable standard for demonstration matches. Course attendants had been instructed to understand different faults connected with ball touch and various beach volleyball techniques apart from officiating in competition environment in order that they would be given the opportunity to practice the functions of the 1st referee, 2nd referee, line judge and scorer. 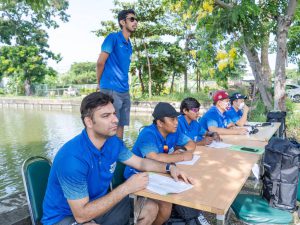 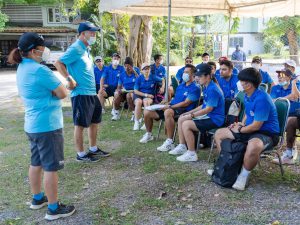 As all active participants were due to complete their sessions on July 31, the certificate presentation and closing ceremony took place on Sunday, with Mr Shanrit Wongprasert, Honorary Life Vice President and Executive Director of AVC, presiding. 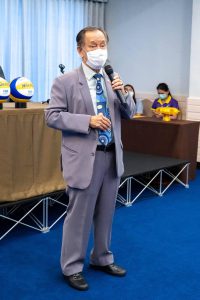 Mr Shanrit presented all participants with certificates of attendance in recognition of their achievement in the one-week course. They now can be qualified as Candidates to the qualification of International Beach Volleyball Referees at Beach Volleyball International Referee Candidate Courses held in conjunction with AVC-recognised events or any AVC-approved national circuits.

In his closing speech, Mr Shanrit said, “I would like to extend my congratulations to your success in this course. I’m positively convinced that after this, all of you will throw your weight behind AVC and try your utmost efforts in promoting and developing our Asian beach volleyball to the world level. I sincerely hope we meet again in future events.” 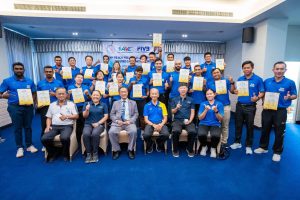