In-form Serbia survived a scare from Iran to produce a magnificent 3-2 comeback win against the Asian champions in the 2021 FIVB Men’s Volleyball Nations League in Rimini, Italy on Thursday. 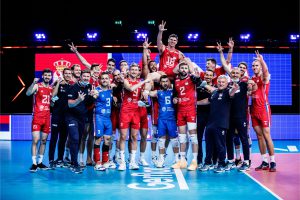 Iran kicked off their campaign in the 2021 edition with a shock 0-3 defeat to Japan and 1-3 loss at the hands of reigning two-time champions Russia, but after that came up with superb form, showcasing their resilience and consistency to make it five in a row. 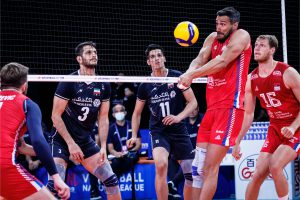 The Iranians first powered past the Netherlands 3-0 before seeing off Canada 3-1. They continued their remarkable performance by stunning hosts Italy 3-1, brushing off Bulgaria and the USA in straight sets. 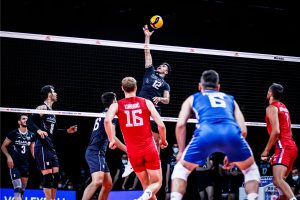 Against Serbia on Thursday, Iran got off to a brilliant start to clinch the first set 25-21 before Serbia stormed back to take the comfortable second set 25-15. The see-saw battle continued in the next two sets, with Iran holding a 2-1 advantage after winning the third set 28-26. 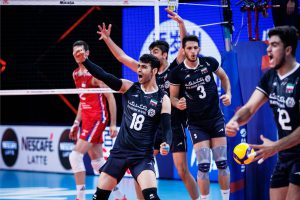 However, Serbia held their nerves and hit back mightily to claim the fourth set 25-22 and went on their spectacular attacks in the tie-breaker, which they won easily 15-8. 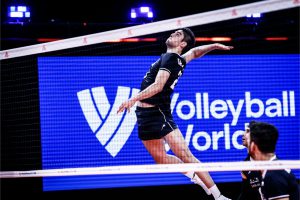 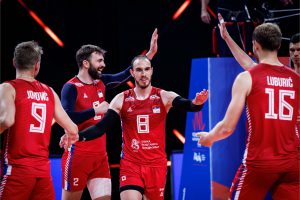 Iran’s Amirhossein Esfandiar said at the virtual Mixed Zone: “I think we had our chances, but we didn’t use them. We could have won the fourth set, but we committed too many mistakes after the 20th point. If not for those mistakes, we would probably have won. In the tie-break Serbia ran away with the score and it was really hard to get back in the game, because they had a solid advantage. Now the game is over, we have to rest and focus on tomorrow’s match against Germany to be ready.” 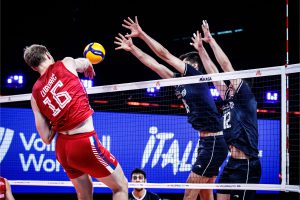 Serbia’s Marko Podrascanin said: “I’m really happy, because this wasn’t our best game at this tournament. We were down 1-2 against one great team – the team that came to this match with five victories in a row. I’m very happy, because with this victory we are on the way to the Final Four. We played with almost all top teams, only Russia remains and tomorrow we will play with USA in another important match. Today is my 300th match in the national team, so I’m really proud.”