SNOW VOLLEYBALL FESTIVAL A HIT ON THE SWISS ALPS

Bretaye, Villars-sur-Ollon, January 18, 2020 – The snow volleyball court was packed as members of the Olympic Movement joined young people and families from Switzerland and around the world at the FIVB’s Snow Volleyball Festival in the mountain region of Villars-sur-Ollon earlier Sunday.

Throughout the day, new and existing volleyball fans arrived to try out all that Snow Volleyball Festival had to offer, including a speed radar to measure serve speed, a spike machine which participants used to perfect their smash, and a Batak machine, used by racing drivers and professional athletes to test hand-eye coordination, reflexes and stamina. The action on court gained such a buzz that skiiers stopped to check out the action!

Snow volleyball can be played by everyone no matter what their level of experience, and demonstrates the fun, passion and universality of the sport of volleyball. The principles of snow volleyball remained the same as in indoor and beach: a fast, dynamic and exciting non-contact sport, where players act as one to achieve success.

From the moment the court opened, there was an air of excitement for Snow Volleyball Festival, with people of all ages keen to try snow volleyball for the first time. A number of exhilarating snow volleyball exhibition matches were played between the volleyball legends in attendance which entertained the growing crowds.

“Snow Volleyball Festival has been a wonderful success,” President Ary Graça said. “Our goal was to introduce young people to this cool sport and it is clear that there is an appetite for snow volleyball.

“We must now continue to develop the discipline and ensure more and more people have the opportunity to play snow volleyball!” 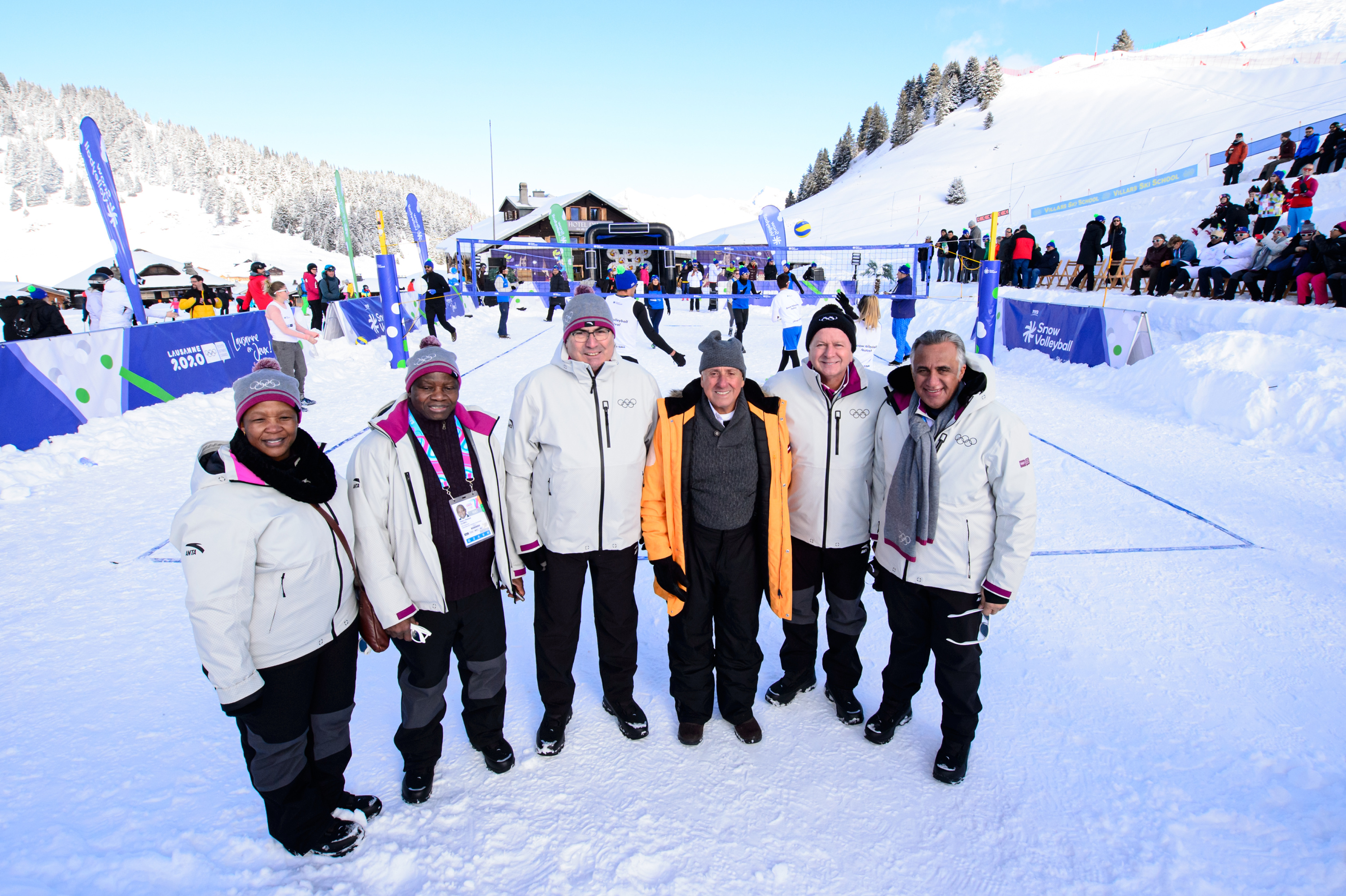 During the festival, IOC Vice-President Dr Uğur Erdener was joined by a number of other IOC Members to experience the cool new sport.

“Snow Volleyball Festival is a really fantastic event for everybody here,” Dr Erdener said. “It is an interesting initiative and an important promotional activity for volleyball and the FIVB. It was particularly great to see the legends from volleyball and beach volleyball taking part in a winter discipline. It shows how snow volleyball has the potential to attract traditionally summer sport nations to winter events.

“IOC President Thomas Bach sends his best wishes to all at the FIVB and everyone participating in Snow Volleyball Festival.”