All photos show Kyrgyzstan in action against Maldives

Bangkok, Thailand, December 26, 2021 – Sri Lanka recovered from a dismal start to beat Bangladesh 3-1 and move atop the men’s standing, while Nepal stopped Uzbekistan’s unbeaten run on Day 4 of the AVC Central Zone Senior Men’s and Women’s Challenge Cup 2021 at the Shaheed Suhrawardy National Indoor Stadium in Mirpur, Bangladesh on Sunday. 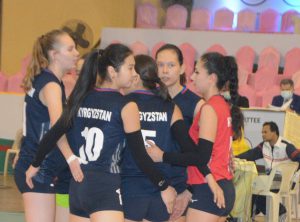 In the men’s event, Sri Lanka, which had the similar performance as Bangladesh with 6 points from two wins, went up against the host side in a thrilling match to determine the lone leaders.

The Sri Lankans made a poor start to go down 17-25 to the well-organised Bangladesh in the first set. 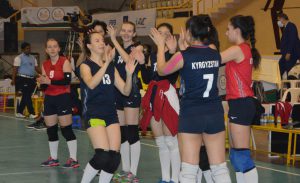 The second set was more thrilling as both sides came up with all they had which turned into a see-saw battle. At 24-all, Sri Lanka still performed cool under pressure, winning two points in a row to clinch the hard-fought set 26-24 for a 1-1 tie.

Winning one set had tremendously boosted the Sri Lanka’s confidence as they played more consistently with good combinations to capture the next two sets 25-18 and 25-21 for the eventual 3-1 win. 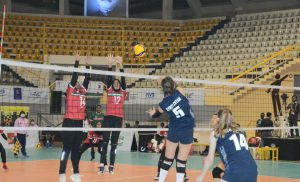 In the other match, Nepal claimed their second win after seeing off lacklustrous Maldives in closely-contested three-setter 27-25, 25-19, 25-23.

Sri Lanka overtook Bangladesh to top the men’s standing with 9 points from three wins, while the host side and Nepal had the same 6 points. Uzbekistan bagged 3 points from one win against two losses to come in fourth place, with winless Maldives in fifth position. 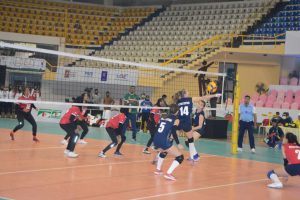 In the women’s competition, pace-setters Uzbekistan suffered their first loss at the hands of Nepal. After three straight wins in the six-day tournament, Uzbekistan lost their touch on Sunday to go down in straight sets 20-25, 23-25, 14-25 to the in-form Nepalese side.

The match between Sri Lanka and Bangladesh turned a one-way traffic as the former outclassed the latter in comfortable straight sets 25-9, 25-14, 25-9. 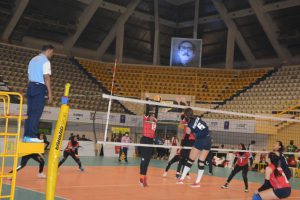 Nepal became the only team which have yet lost to any rival to go atop the women’s standing with 11 points from four straight wins, followed by Sri Lanka with 10 points from three wins against one loss.

Uzbekistan dropped to third place with 9 points from three wins against one loss, with Kyrgyzstan in fourth position with 6 points from two wins against two losses. Hosts Bangladesh and Maldives have yet won a match in the tournament.