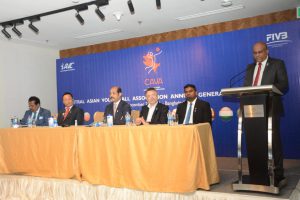 The meeting started at 11am local time at Sheraton Dhaka with all members from 14 countries in attendance, among them 8 National Federations attending physically and 6 proxies. 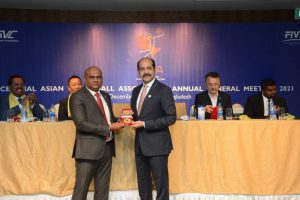 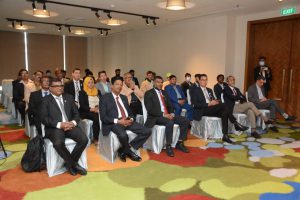 CAVA President Mr Mohamed Latheef from Maldives delivered an opening speech, welcoming all CAVA Members and wishing the meeting a great success. The CAVA President thanked Mr Atiqul Islam, President of Bangladesh Volleyball Federation, for all the arrangement of the important meeting.

He also congratulated Atqul for hosting the biggest event “AVC Central Zone Senior Men’s and Women’s Challenge Cup 2021” in the history of CAVA. 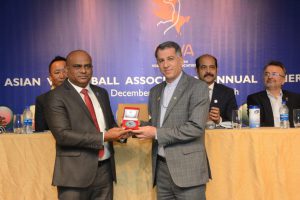 In his speech, he thanked FIVB President Dr Ary Graca and AVC President Mr Rita Subowo for their continued support and guidance to strengthen the activities of CAVA. 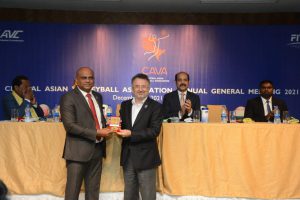 In the first session of the meeting, 8 National Volleyball Federation’s 1st delegate addressed the meeting and expressed their sincere views and expectations to strengthen the relation among the Federations. 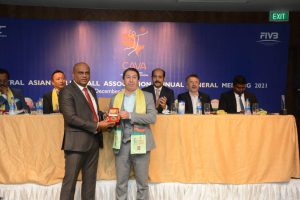 In the session, the appreciation tokens were given for the outstanding members of the Federations. 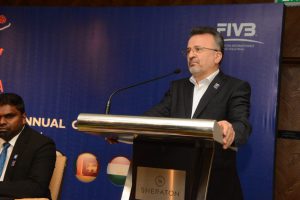 All 11 national teams participated in the competition were given participating trophies as token. The trophies were given by Mr Atiqul Islam.

Technical Delegate Mr Masoud Yazdanpanah from Iran was given a special shield for his hard work for the development of CAVA.

Uzbekistan Volleyball Federation was given a shield for hosting 4 tournaments in 2021. UVF Secretary General Mr Khusan Nasrullaev received the shield from the CAVA President.

Islamic Republic of Iran Volleyball Federation President Dr Mohammad Reza Davarzani’s timeless effort to develop CAVA was appreciated and given a shield as an appreciation token.

From 2016 till date, Bangladesh has hosted 6 competitions under an excellent guidance and leadership of Mr Atqul Islam. To appreciate his hard work for the betterment of Bangladesh and CAVA, Mr Atiqul was given a special shield as a token. 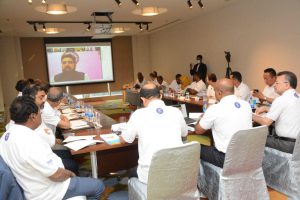 The first session ended at 12pm and with 2 hours break the second session started at 2pm. AVC General Secretary Mr Kiattipong Radchatagriengkai delivered an opening speech in the second session, welcoming all CAVA Members and wishing the meeting a great success. 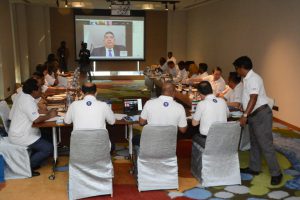 In his speech he said, “I would like to express my thanks firstly to Central Zone President, Mr Mohamed Lateef for his hard work and secondly to Mr Atiqul Islam for hosting the Central Zone Challenge Cup in Bangladesh. Also, thanks to my dear friend Mr Ramavatar Singh Jakhar, being online with us.” 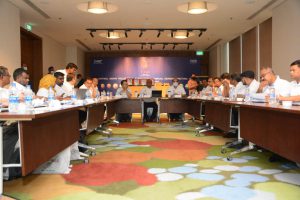 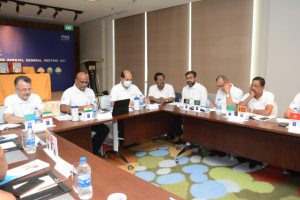 Mr Atiqul Islam addressed in the second session and said that Bangladesh is always there to assist and support to National Federations and he was very grateful having got the chance to host the meeting and the Competition. 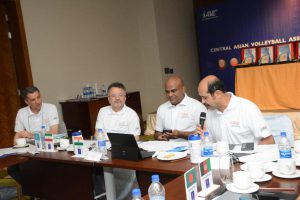 Zonal Executive Vice President, Mr Ramavatar Signh Jakhar joined the meeting online via zoom and said that India will support in every aspect to develop National Federations of CAVA.

Zonal FIVB BA Member, Dr Mohammed Reza Davarzani addressed the meeting and encouraged all the Federations to develop another level so that CAVA will become famous and well known internationally. 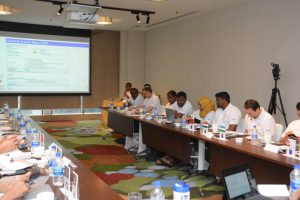 In the meeting, the CAVA President proposed four special proposals for 2022 for the development of CAVA, attempting to make it the number one association in the region. The proposals are;

In the Revenue and Budget proposal, CAVA President forecasted to raise about US$130,000 for 2022 and he said the fund will be used to develop the Federations. 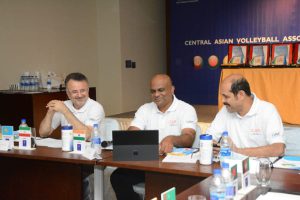 The meeting ended with exchange of appreciation tokens between delegates. 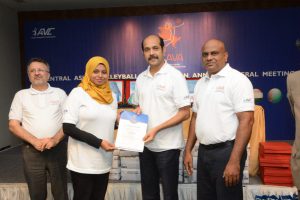 In his closing speech, CAVA President Mr Latheef said that teams from CAVA are reigning champions in the Asian Senior Championship, Asian Club Men’s and Women’s Championships. He urged all the National Federations to put extra effort to keep up the good results achieved in 2021.

“The success of our Zone is the unity and solidarity we have. And the success does not lay on myself alone but it is you, who made the difference. It is your hard work and dedicated time. I was just a coordinator to pave the way for the success. We are ONE team with ONE dream to be the number one among AVC Zonal Association”. 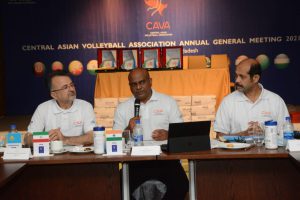 To show the unity and solidarity all CAVA Meeting delegates wore a special T-Shirt from its President, Mr. Mohamed Latheef. 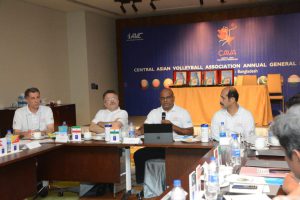 CAVA President announced that next Annual General Meeting will be held in Kish Island, Islamic Republic of Iran. 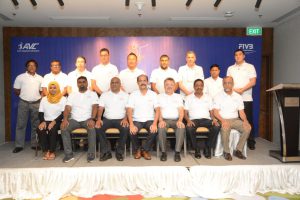