Pokhara, Nepal, December 7, 2019 – Sri Lanka ruled the roost in the 13th South Asian Games beach volleyball competition on the beautiful banks of Fewa Lake, with their men’s teams taking on Pakistan and their women’s pairings challenging hosts Nepal in the do-or-die semi-finals on Sunday morning. 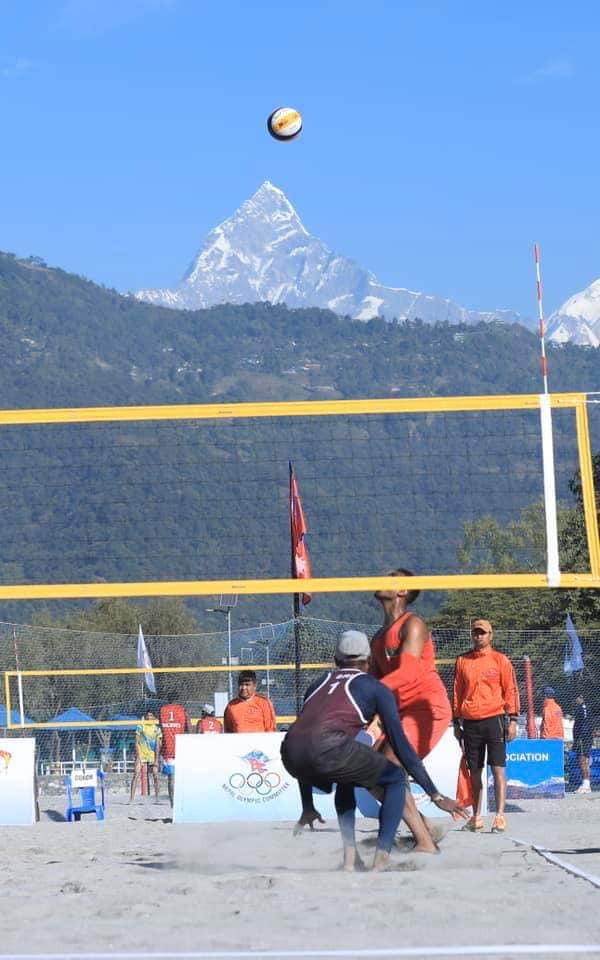 The beach volleyball event, which made its 30th SAG debut here in Pokhara, will come to a close on Sunday when the semi-finals will be held in the morning, followed by the final showdowns in both men’s and women’s events in the afternoon.

In the men’s event, Sri Lanka stole the show to capture the top spots in Pool A and Pool B after completion of the pool round-robin preliminaries on Saturday. 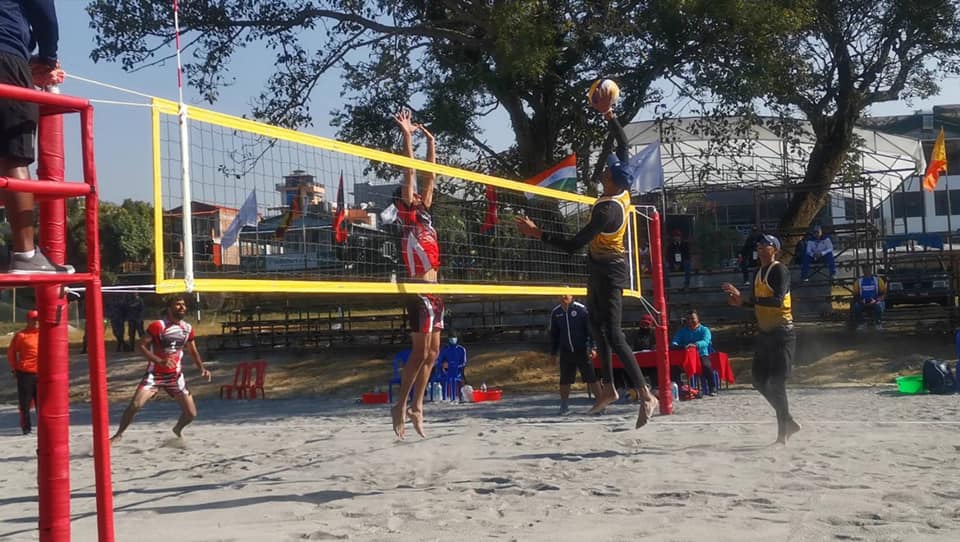 Only top four teams from each pool advanced to the men’s quarter-finals, with Pool A winners taking on Pool B fourth place and Pool A runners-up playing Pool B third place.

In the men’s semi-finals on Sunday morning, unbeaten Sri Lanka 2’s Indika Tiron/Jayan Sanuja, who spent only 30 minutes in thrashing Nepal 2’s Raju B.K./Sanju Shah 21-15 21-10 in the quarter-finals, will next go up against Pakistan 1’s Khan Zasrnab/Khan Afaq. The other semi-final clash sees Sri Lanka 1’s Asanka Pradeep/Ashen Kumara take on Pakistan 2’s Razzaq Muhammad/Waseen Muhammad. The two winning teams in the semi-finals will set up a final showdown in the afternoon. 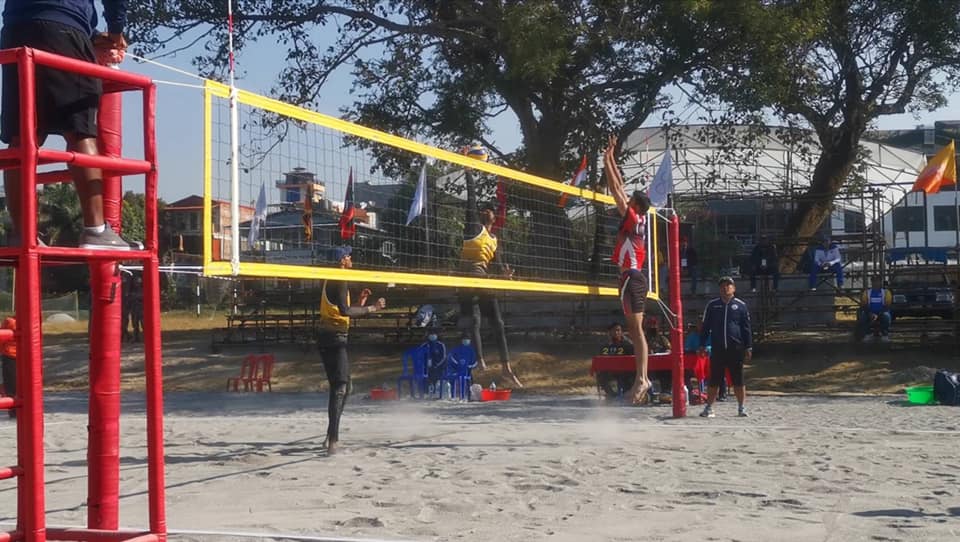 It will be a Nepal-Sri Lanka semi-final clash in the women’s category. At the end of the pool round-robin preliminaries on Saturday, Sri Lanka 2’s Gedera Deepika/Madushani Weerasinghe led Pool A with 4 points from two straight wins, followed by Nepal 1 and Maldives 2. 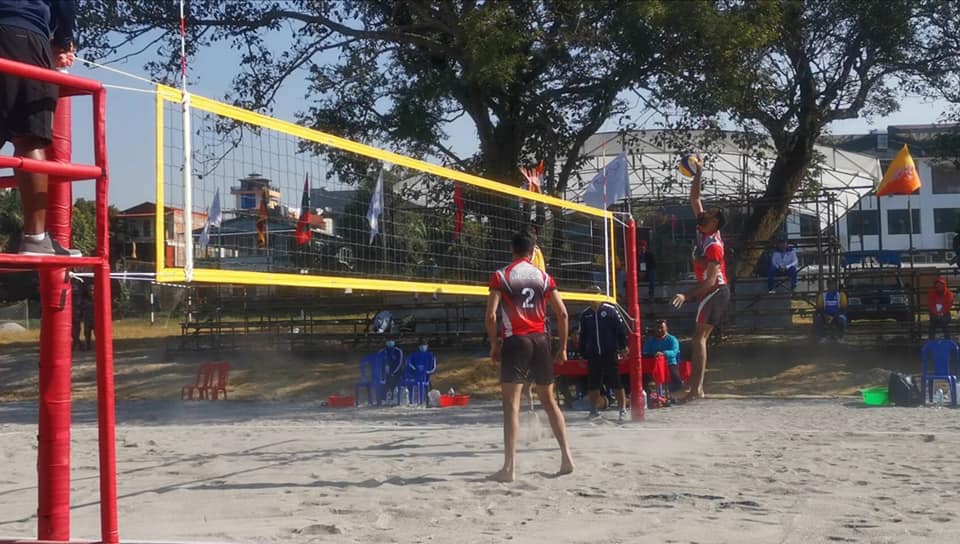 The two winning teams will battle it out for the women’s gold medal in the afternoon, followed by the awards presentation and closing. 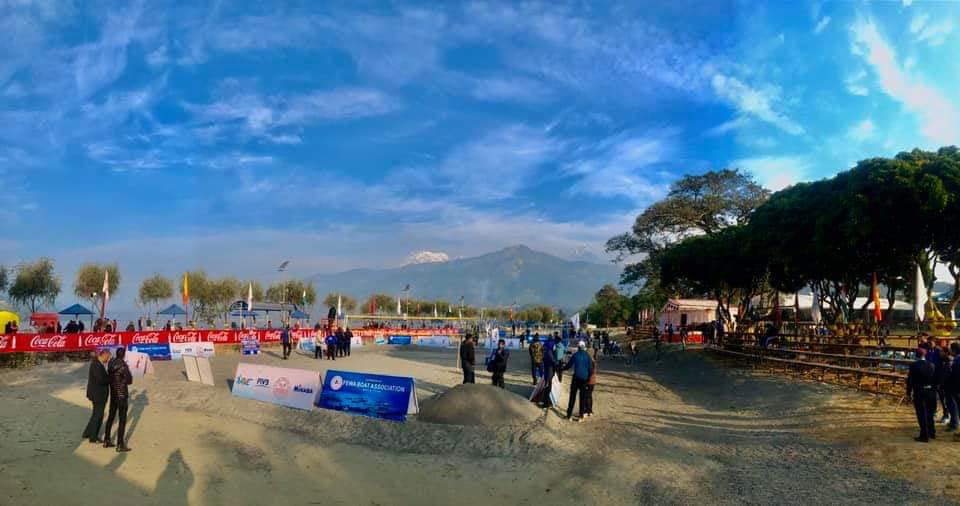