Manila, Philippines, December 7, 2019 – Gifted Pimpichaya Kokram methodically punctured the rivals’ defence apart with her exceptional attacks as Thailand brushed off Vietnam in comfortable straight sets 25-16 25-20 25-15 in their last preliminary match on Saturday, but both teams set up a final showdown of the 30th Southeast Asian Games women’s volleyball competition at the Philsports Arena in Pasig City. Thailand, current world No.14 and defending and 13-time SEA Games champions, and Vietnam have earlier secured their berths to the final clash following their two wins against hosts Philippines and Indonesia in the round-robin event, where, according to the tournament rules and regulations, only top two in the four-team event will make the cut for the showdown. 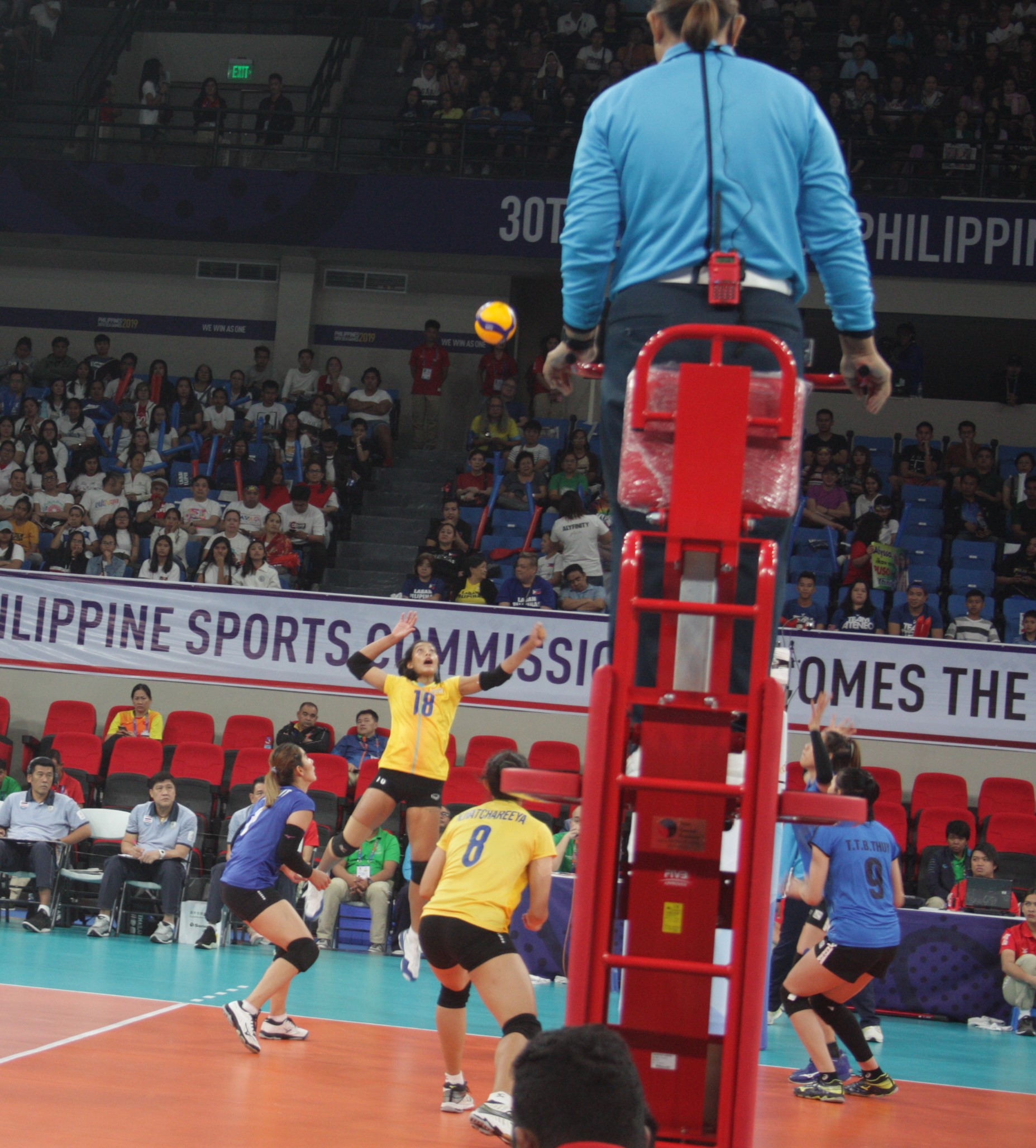 Against Vietnam in a tuneup match ahead of the repeated clash in the showdown, Thailand rested their best players including setter Nootsara Tomkom, Onuma Sittirak and Malika Kanthong, while superstar spiker Pleumjit Thinkaow was fielded in the third set. Vietnam also did likewise to rest ace spiker Tran Thi Thanh Thuy, dominant Bui Thi Nga and Nguyen Thi Xuan the whole match. Pimpichaya, who turned a scoring machine of Thailand as she came up with her brilliant form to emerge as the top scorer in the previous two matches against Indonesia and hosts Philippines, was on red-hot form to register a sensational game-high 27 points that included 26 attacks from 48 attempts. Veteran Wilavan Apinyapong and young talent Chatchu-on Moksri contributed 11 and 10 points respectively. No player in the Vietnamese side scored in double figures, with Dang Thi Kim Thanh topscoring with 8 points.

In the other match, Indonesia, silver medallists at the previous SEA Games in Kuala Lumpur, Malaysia two years ago, played without their ace spiker Aprilia Manganang, who sustained a serious knee injury months ahead of the 30th SEA Games and could not even join the team in the Asian Senior Women’s Championship this August in Seoul, Korea, where the Indonesians returned with the 8th position.

Indonesia tested their mettle against hosts Philippines in their last preliminary match to determine the 3rd and 4th places among them. Though backed by more than 6,000 supporters at the venue, Philippines found the rivals a tough nut to crack. 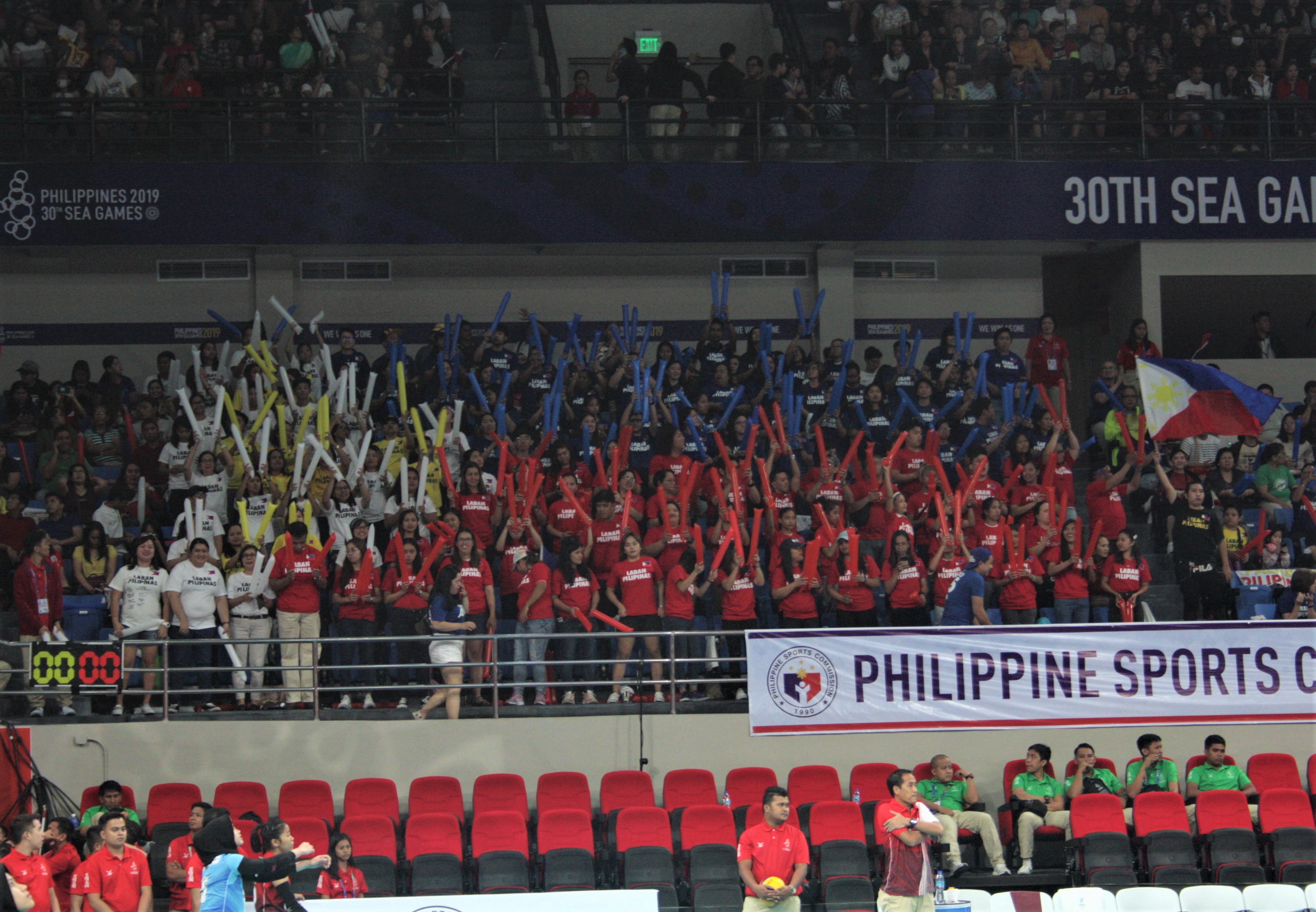 The host side took the home crowd advantage to clinch the closely-contested first set 25-22 before Indonesia recovered to capture the remaining three sets 28-26 25-22 25-14 and the 123-minute encounter. 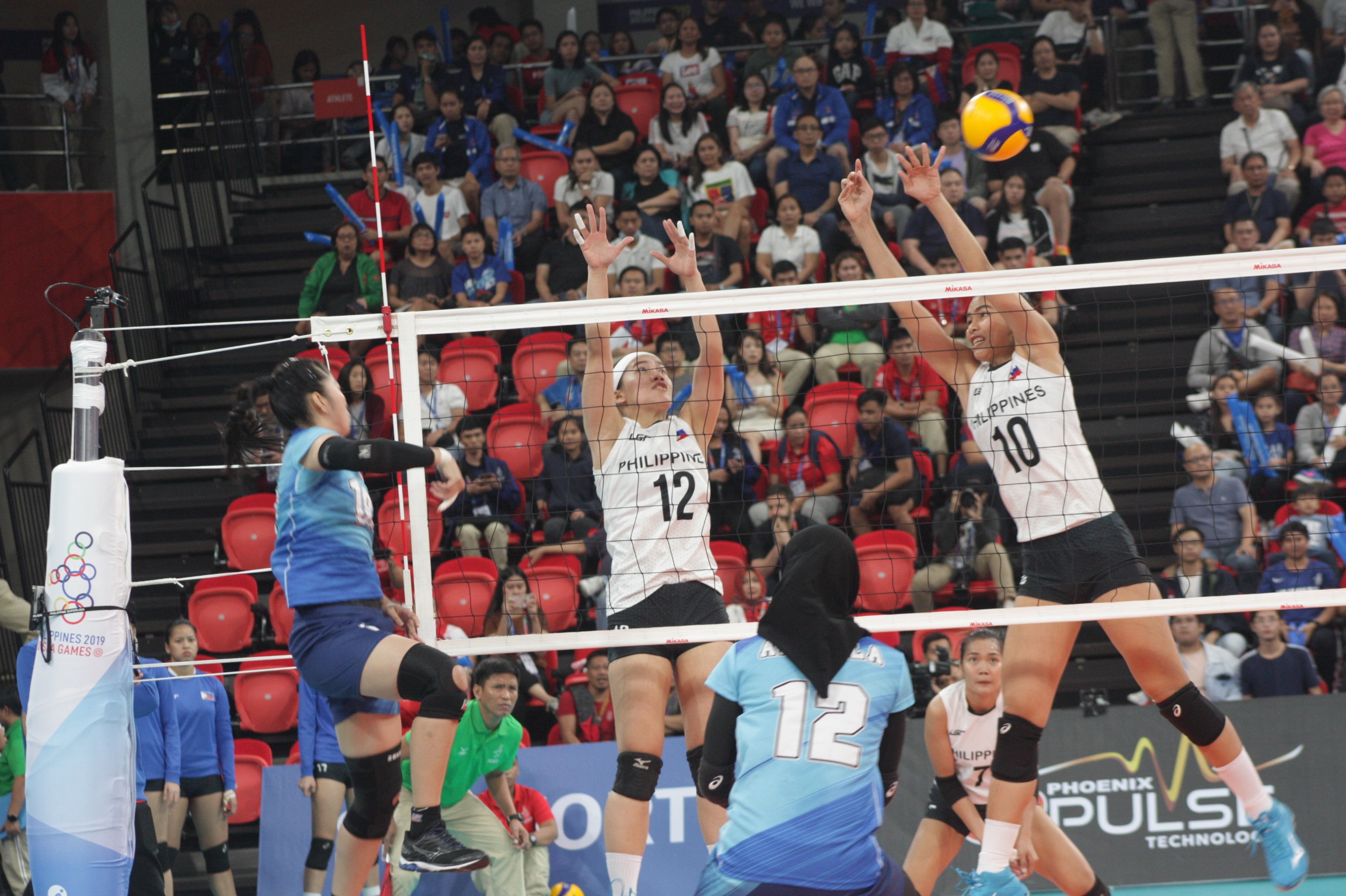 Megawati Hangestri Pertiwi chipped in with 19 points for Indonesia including 18 attacks from 38 attempts, as Ratri Wulandari kept good company to add 18 points. Mylene Paat led Philippines with 14 points from 11 attacks and a team-leading 3 blocks. At the completion of the round-robin preliminaries on Saturday, Thailand led the pack with 9 points from three straight wins, while Vietnam, bronze medallists at the previous edition in Malaysia, came in second place with 4 points from two wins against one loss. Indonesia finished third with 4 points from one win against two losses and hosts Philippines, third place at both legs at this year’s Asean Grand Prix in Thailand and on home soil, claimed only 1 point from three losses in a row to come in fourth place.

Thailand and Vietnam will play a rematch in the final showdown on Monday, with Indonesia and hosts Philippines battling it out for bronze medal in the third-place playoff. 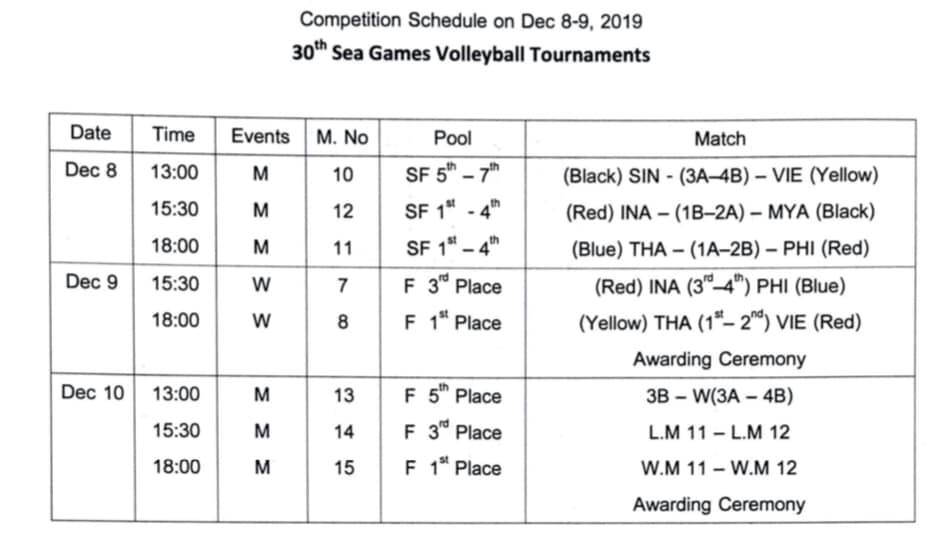 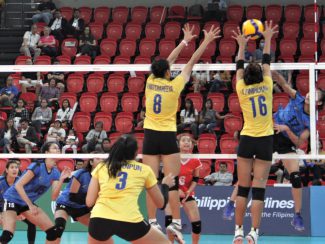 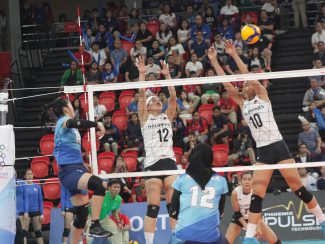 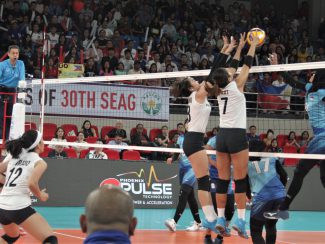